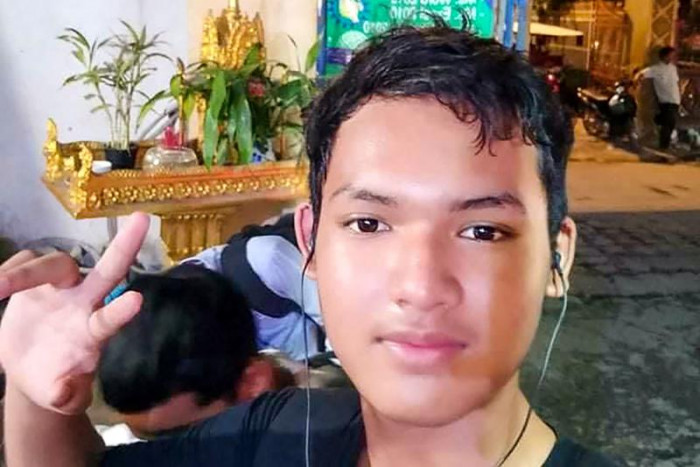 A Cambodian court sentenced an autistic teenager to eight months in prison on Monday, with part of the term suspended, for sending Telegram messages that were deemed insulting to the government, his mother said.

A Cambodian court sentenced an autistic teenager to eight months in prison on Monday, with part of the term suspended, for sending Telegram messages that were deemed insulting to the government, his mother said.

The son of an opposition figure, 16-year-old Kak Sovann Chhay was arrested in late June after posting messages on a private Telegram group, and has been detained for more than four months.

Phnom Penh Municipal Court on Monday sentenced him to eight months in prison, under incitement charges and for insulting public officials.

Most of the remainder of his term -- taking into account time served -- has been suspended for two years.

"My son will be released on November 9," his mother Prum Chantha said.

"It is unjust for my son because he did not commit any crime like the court had charged."

She added that she had not decided whether to appeal the guilty verdict.

The municipal court's spokesperson declined to comment on the case.

The teenager's arrest and detention drew outcry from the UN's special rapporteur on human rights in Cambodia, Vitit Muntarbhorn.

He urged the government in September to release the teenager, adding that children with disabilities should "be treated in line with the best interests of the child".

The boy's father, Kak Komphea, is a former member of the now-dissolved opposition Cambodian National Rescue Party and has been in jail since June last year.

Kak Komphea is among more than 150 opposition figures facing a closed-door trial for allegedly agitating for the toppling of the ruling party, which is led by Prime Minister Hun Sen.

Herself an activist, Prum Chantha had said that her son was only defending himself and his relatives in Telegram messages after he was bullied by people who called him the "son of a traitor".

Strongman Hun Sen, one of the world's longest-serving leaders, has been in power for 36 years, during which his critics say he has wound back democratic freedoms by jailing political opponents and dissidents.