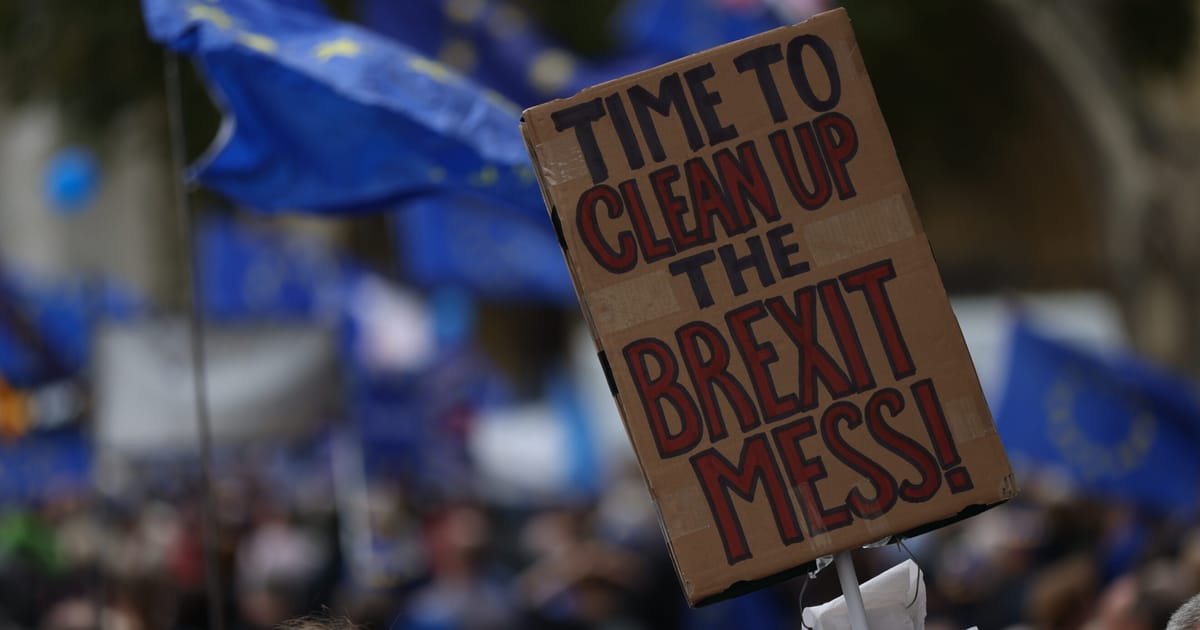 Brexual healing? EU and Britain dream of a fresh start in 2023

Officials on all sides optimistic of a new year breakthrough.

Three tortuous years after Britain left the EU, hopes are rising on both sides of the English Channel that 2023 will prove a transformative year for the U.K.-EU relationship.

Officials in London and in Brussels acknowledge an urgent need to heal the wounds of Brexit and start to smooth over cracks in the relationship that could be exploited by hostile states.

Relations between the two sides have been under a perennial cloud following Britain’s vote to leave the EU in June 2016 and the subsequent political turbulence in London. But Russia’s invasion of Ukraine in February 2022, and the departure of Boris Johnson as U.K. prime minister six months later, have shifted the dynamic, creating both an imperative for closer working — on issues such as energy, defense and security — and the political headroom for a fresh start.

Downing Street is now showing a willingness to conclude thorny negotiations over how Gibraltar and Northern Ireland — both British territories with EU land borders — will conduct business with the 27-country bloc. Deals on both issues could be signed off in the early part of 2023.

“There will be a concerted effort to try to get a positive outcome on the Northern Ireland protocol,” said Raoul Ruparel, a former special adviser on Brexit to ex-British Prime Minister Theresa May, in reference to the Brexit deal's controversial protocol for trade between Northern Ireland the rest of the U.K. “I do think the government in the U.K. is now working honestly towards that, and obviously the EU says it’s open to it.”

A tale of two negotiations

Efforts to thrash out an international treaty on Gibraltar’s future relationship with the EU could yield a resolution within the first few weeks of 2023, according to officials on all sides of the negotiation.

A Gibraltar settlement could in turn yield a positive spillover effect into the entrenched Northern Ireland protocol talks, those involved believe, while also removing the risk of Spain withholding a resolution on the latter until the former is resolved. 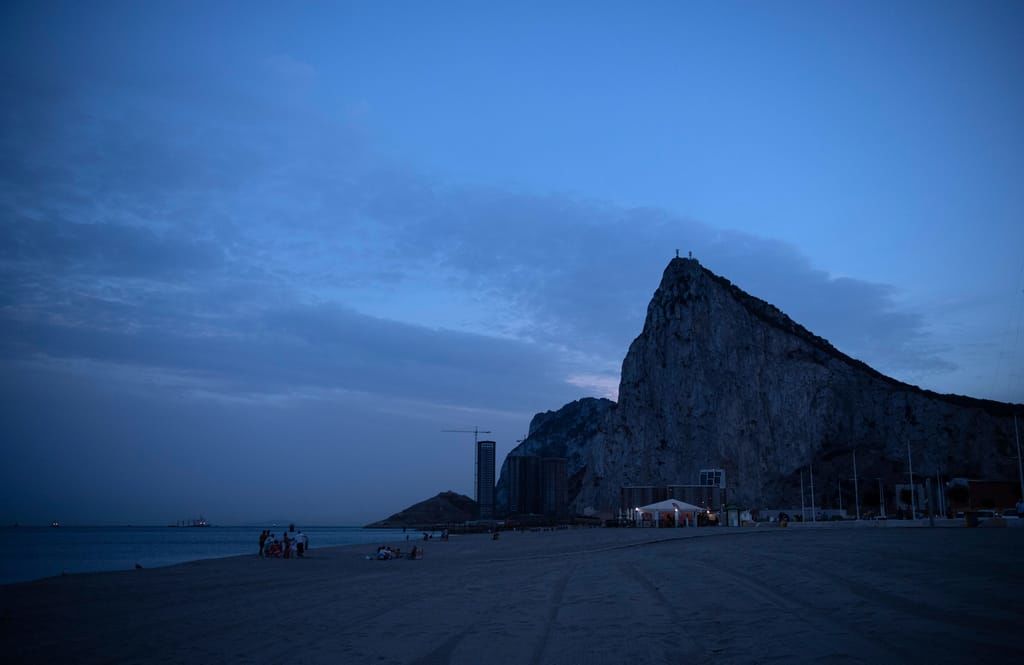 Successfully landing a Gibraltar deal in 2023 will require smart messaging from both London and Madrid, however, given domestic sensitivities. In the U.K., the European Research Group (ERG) of Euroskeptic Tory MPs fear the agreement may undermine Gibraltar’s historic links to Britain. In Spain, right-wing opposition parties — expected to campaign on a Spanish nationalist ticket in the 2023 general election — are likely to portray any deal struck by the left-wing coalition government in Madrid as a missed opportunity to bring the Rock back under Spanish control.

In Northern Ireland, officials are aiming to deliver some sort of consensus on the main issues by April 10 — the 25th anniversary of the 1998 Good Friday/Belfast Agreement that helped bring peace to the region, and which might be marked by a visit to Europe of U.S. President Joe Biden.

The European Commission this month pushed back for three years the enforcement of new regulatory rules on veterinary medicines in Northern Ireland, creating more space for a deal. And former Irish Prime Minister Bertie Ahern, who’s been helping negotiations behind the scenes, told the BBC he believes the protocol row “can be sorted out” over the “early weeks of next year.”

Some fear that any swift deal will be just another sticking plaster, however, given British Prime Minister Rishi Sunak’s limited headroom when managing his Conservative backbenchers, and the considerable gap between London and Brussels in key areas such as food safety checks on goods coming in and out of Northern Ireland.

Ruparel suggested the EU and the U.K. might instead agree an interim agreement in 2023 to help both sides move away from the current deadlock, with Britain’s controversial Northern Ireland Protocol Bill still making its way through the U.K. parliament and with London continuing to unilaterally extend “grace periods” on rules regulating the trading of goods across the Irish Sea.

Such a deal could in turn give the Commission grounds to pause its multiple legal proceedings against the U.K. over alleged breaches of the protocol — which otherwise would go ahead in the new year.

Any deal on the protocol would instantly eliminate by far the biggest source of tension between Brussels and London, potentially unlocking cooperation on other policy areas that have been put on ice, such as joint science programs.

British-based researchers and companies are currently blocked from taking part in EU programs such as the massive Horizon Europe science and research scheme, with the Commission refusing to sign off on Britain’s association until the Northern Ireland dispute is resolved.

Tellingly, the U.K. has decided to continue funding successful British applicants to Horizon Europe with its own money for a further three months while talks on the protocol continue, rather than simply ditching association for good and pursuing home-grown alternatives.

More broadly, resolution on the protocol issue would allow a more fluid dialogue between London and Brussels on other global challenges from migration to Russia and China, diplomats believe, while creating space for discussions on further improvements to the Brexit Trade and Cooperation Agreement at its first scheduled review point in 2026.

Ahead of that date, the U.K. will look to enhance trade ties with the EU over the coming year, but through “marginal” improvements rather than a wholesale shift in relations, said Sam Lowe, a trade expert and partner at Flint Global consultancy.

“The politics in the U.K. are not still conducive to stepping away from a hardline approach that views any sort of integration with Europe as betrayal,” he said. 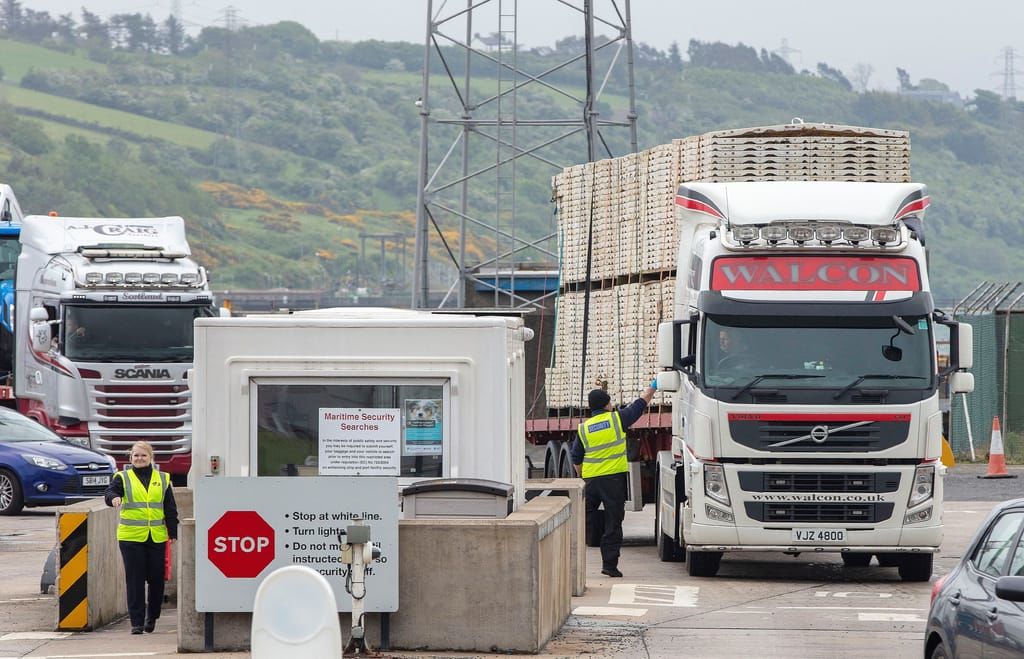 In Northern Ireland, officials are aiming to deliver some sort of consensus on the main issues by April 10

Key areas for trade discussions in 2023 will include the rules of origin for electric vehicles, with EU regulations set to become more restrictive at the beginning of 2024. Lowe predicted the deadline is likely to be extended at the last minute.

The EU and the U.K. could also open discussions to link up their respective emissions trading systems to ensure Britain does not get caught by the new EU carbon border adjustment mechanism (aka CBAM), due to enter into force from 2026. Britain will also want to keep a close eye on any EU response to the U.S. Inflation Reduction Act, Ruparel warned.

In the meantime, several pieces of planned U.K. legislation could become flashpoints in the new year.

Two proposed laws with the potential to antagonize EU partners are awaiting progress in the House of Commons: the Retained EU Law, aimed at allowing ministers to scrub EU rules from the U.K. statute; and the Bill of Rights, which could include provisions taking Britain out of the European Court of Human Rights, freeing ministers to pursue their policy to offshore asylum seekers to faraway places overseas.

Both pieces of legislation could yet be delayed, however.

“The first few months of next year might be a bit like 'Waiting for Godot,'” chuckled a British opposition Labour party official.

For Labour’s part, 2023 will be about putting more flesh on the bones of its policy of improving relations with the EU, while trying to avoid any accusation of betrayal from those who voted for Brexit.

Following Labour leader Keir Starmer’s most recent Brexit pitch, Labour officials are now discussing the exact level of alignment they would be ready to accept in order to reduce trade frictions.

The party also wants to improve cross-border mobility for people in the creative industries, as well as a closer security and defense cooperation with the EU, Shadow Cabinet Office Minister Jenny Chapman said.

She stressed that in government, the party would seek swift resolution on any outstanding issues that have not already been resolved by the time of the next election.

“Keir is very clear that if we were to win an election, he doesn’t want us to spend the first three years faffing around with Brussels,” she said, adding: "He wants to get things resolved fairly quickly."