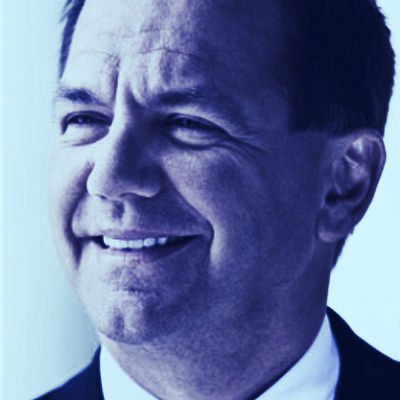 Billionaire hedge fund manager Paul Tudor Jones thinks Bitcoin is winning the race against gold, according to an interview on Wednesday with CNBC.

Host Andrew Ross Sorkin reminded the billionaire American investor—whose company controls close to $40 billion in assets under management—that when he last appeared on the show, back in June, Tudor Jones had called Bitcoin a hedge against inflation.

Sorkin then turned to Bitcoin’s recent explosive price performance, asking: “Is it still a hedge at these prices?”

“Listen, I’ve got crypto in single digits in my portfolio. I have a small trading position at our fund. I do think we’re moving into an increasingly digitized world,” said Jones. “Clearly there’s a place for crypto and clearly it’s winning the race against gold at the moment. So yes, I think it would be a very good inflation hedge. It would be my preferred one over gold at the moment.”

When Jones last locked horns with Sorkin on Squawk Box, the investor told CNBC he recommends a 5% position in Bitcoin, adding that he likes “Bitcoin as a portfolio diversifier.”

Back then, the Tudor CIO described his position as a “defensive position for myself personally, and my family, that I don’t even look at anymore.”

But, he tempered his enthusiasm by adding his concerns about Bitcoin mining’s carbon footprint.

“If I was king of the world, I’d ban Bitcoin mining just because of the environmental impact, and then make the ecosystem figure out a way to do it without expanding the supply any more at all.”

Tudor Jones is one of many executives at large investment companies who are now encouraging clients to diversify their portfolios with crypto.

Back in January, Guggenheim CIO Scott Minerd, whose firm stewards $325 billion, gave Bitcoin a $400,000 price projection and admitted that some of Guggenheim’s private funds had already bought it.

Rick Rieder, CIO of the world’s largest asset manager BlackRock, which controls over $9 trillion in assets as of June this year, said in February that the company was “starting to dabble” in Bitcoin.

By the end of summer, the SEC published a filing revealing that BlackRock had invested in two U.S.-based Bitcoin mining firms.

Today, Bitcoin picked up its bull run, hitting a new all-time high of $66,812, according to CoinGecko. The record comes hot on the heels of ProShares launching its Bitcoin futures ETF on the NYSE yesterday.

No wonder then, that CIOs like Paul Tudor Jones, Scott Minerd, and Rick Rieder are all watching, eagle-eyed.