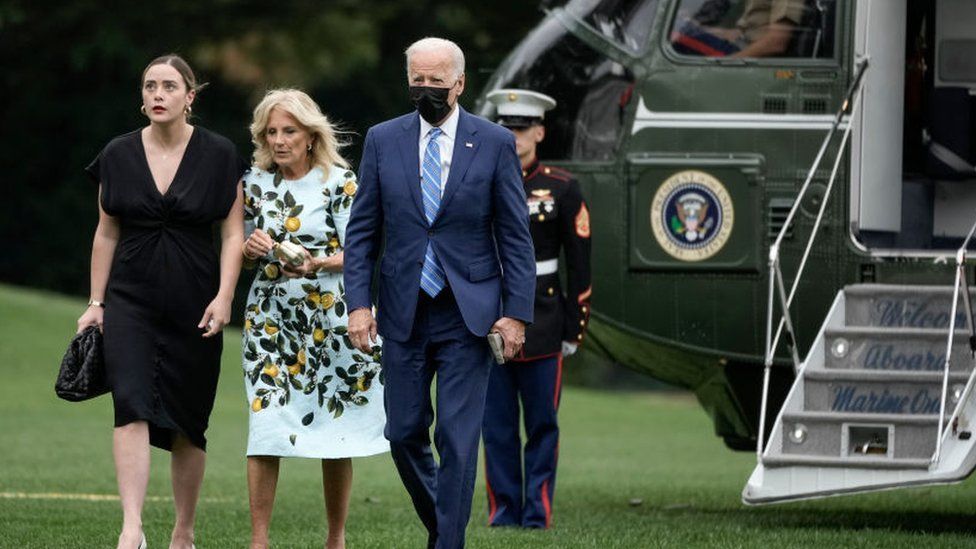 President Joe Biden and the first lady are to host a rare wedding reception at the White House for their granddaughter, Naomi.

The eldest Biden grandchild, 28, and her fiancé, Peter Neal, 24, will celebrate at perhaps the most exclusive venue in the US.

Ms Biden said she was "endlessly grateful" to her "Nana and Pop" for the honour.

Four other wedding receptions have ever been held at the presidential home. 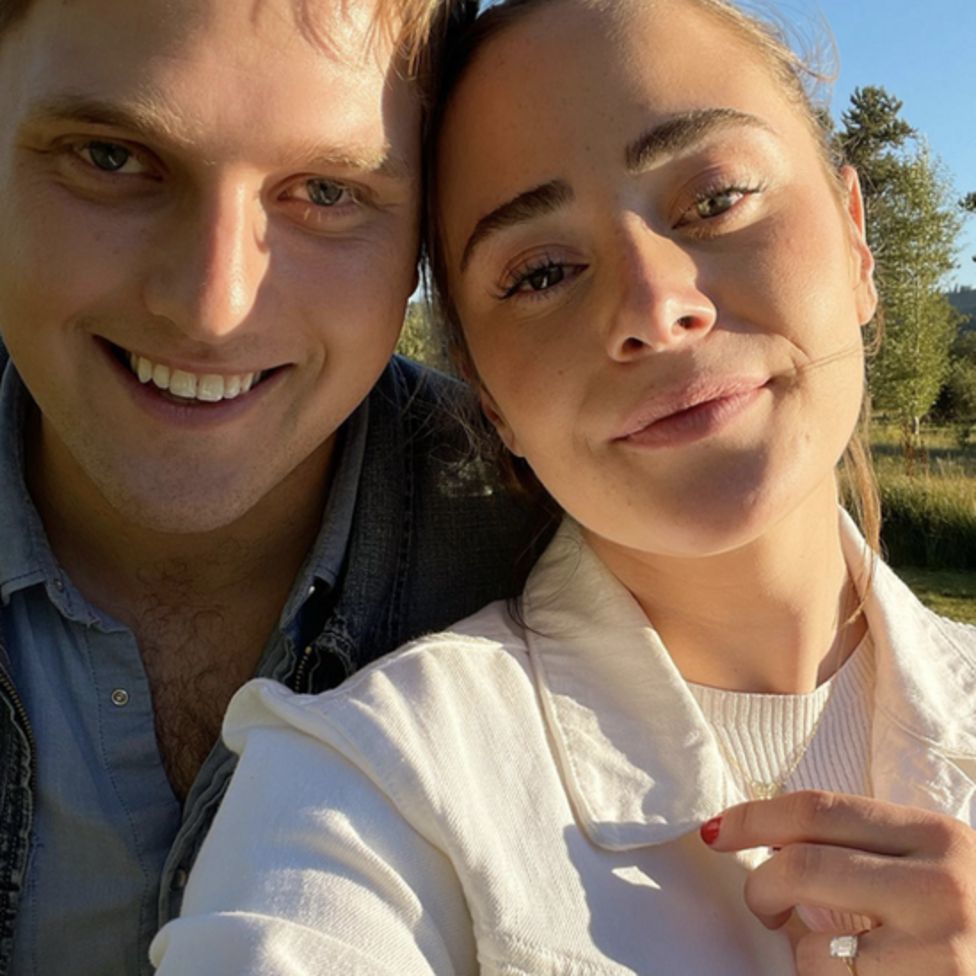 Ms Biden, a graduate of Columbia Law School and the daughter of Hunter Biden and Kathleen Buhle, announced her engagement to Mr Neal, a law student at the University of Pennsylvania, in September.

Ms Biden will only be the fifth bride to have a White House wedding reception, to be held in November. The previous one took place in 2008, when Jenna Bush Hager, daughter of former president George W Bush, celebrated a month after she was wed in Texas.

It has actually been more common to hold wedding ceremonies themselves at 1600 Pennsylvania Avenue - there have been 18 in total. 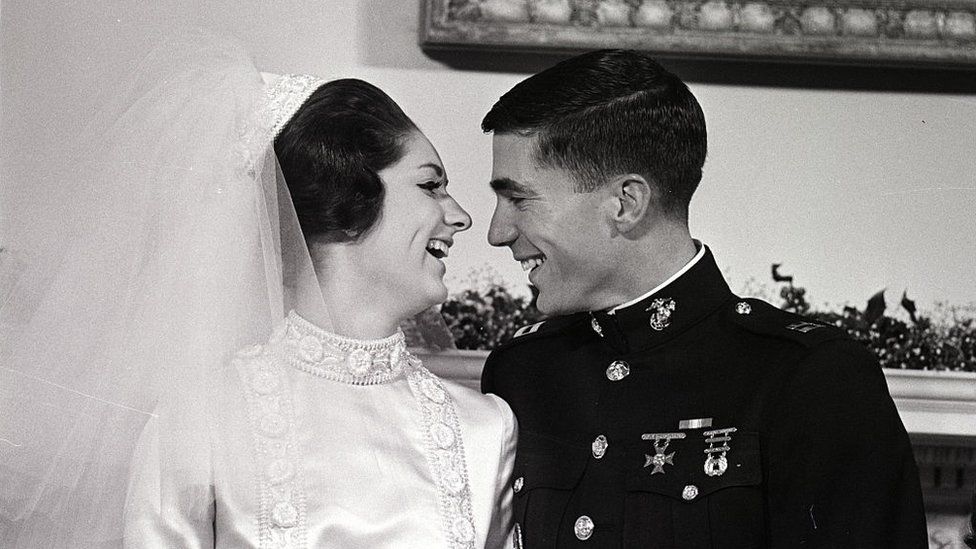 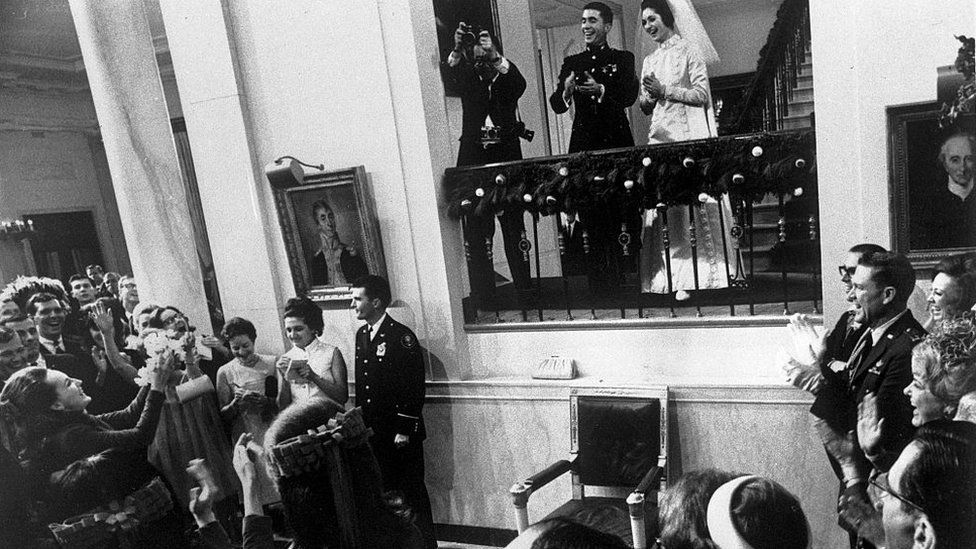 Since the first White House wedding in 1812 - between the sister of First Lady Dolley Madison and Thomas Todd - most have involved close family members of the first couple.

The wedding of Nellie Grant, daughter of President Ulysses S Grant, in May 1874, was seen as the most elaborate event ever held at the White House at the time.

Two hundred and fifty guests gathered in the East Room, decorated with masses of white flowers and Nellie's white satin dress fell into a six-foot train. Still, like many weddings, it was also a stressful affair. Mr and Mrs Grant were said to be concerned about their 19-year-old daughter's wedding to Algernon Sartoris, a diplomat. 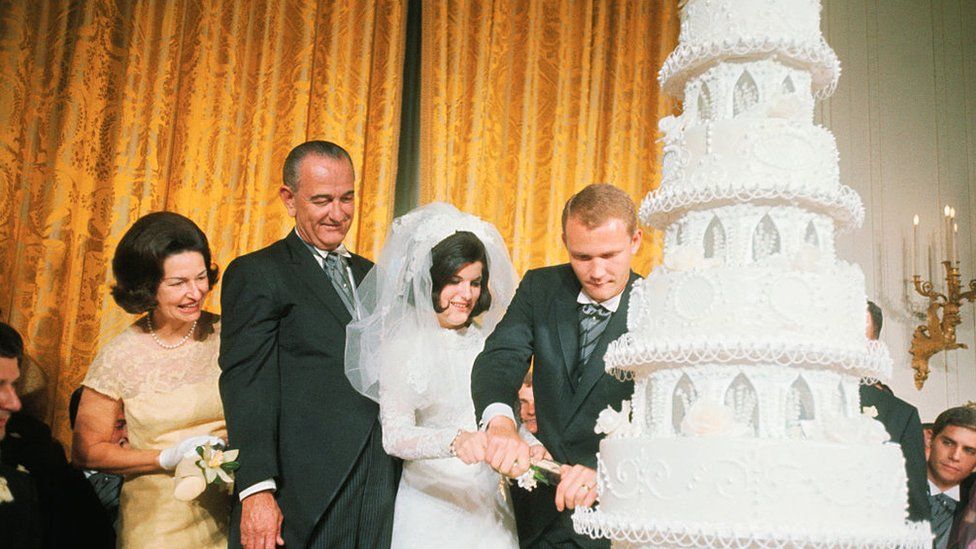 One sitting president has said "I do" at the White House: President Grover Cleveland wed Frances Folson in the Blue Room in June 1886. 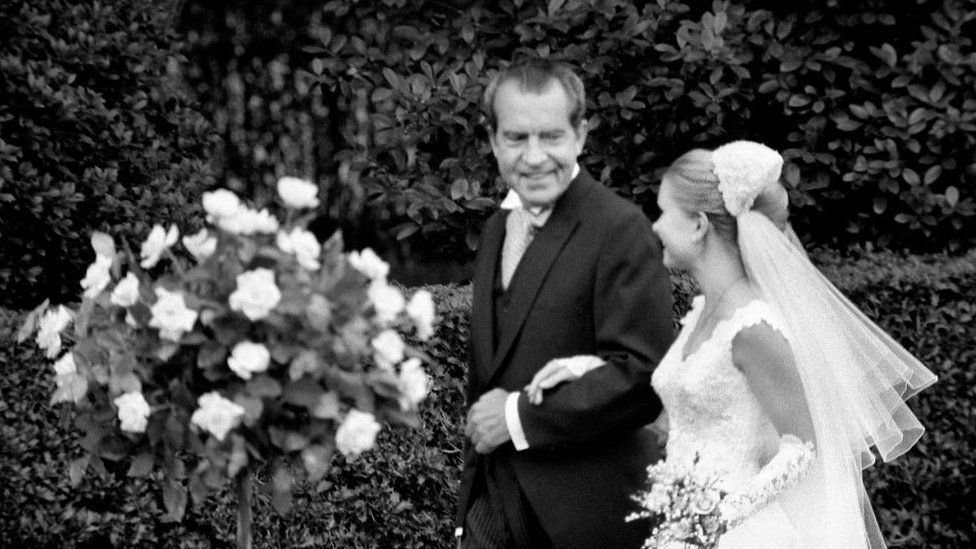 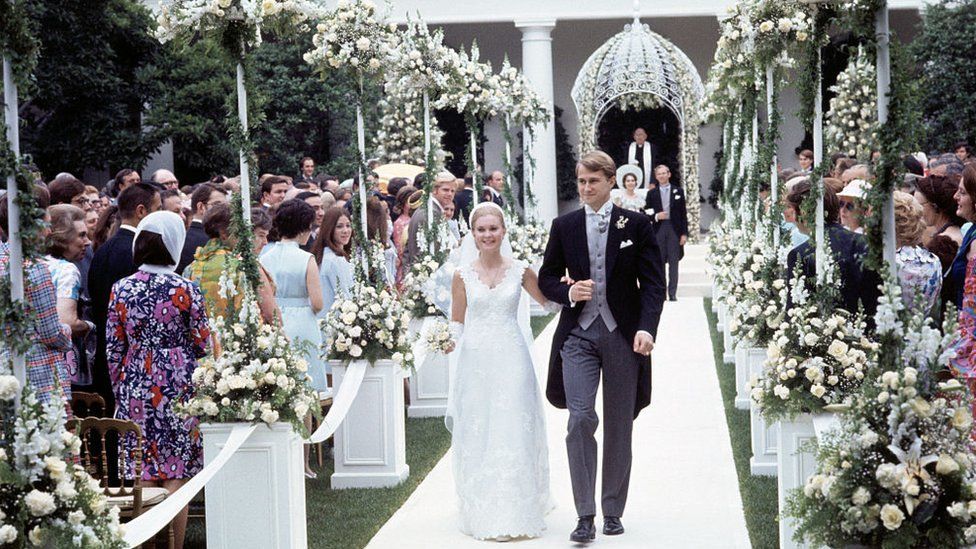 The latest White House wedding, in 2013, was one of just three not involving family of the president. Pete Souza, who was chief White House photographer under President Barack Obama, married fiancée Pattie Lease in the Rose Garden. 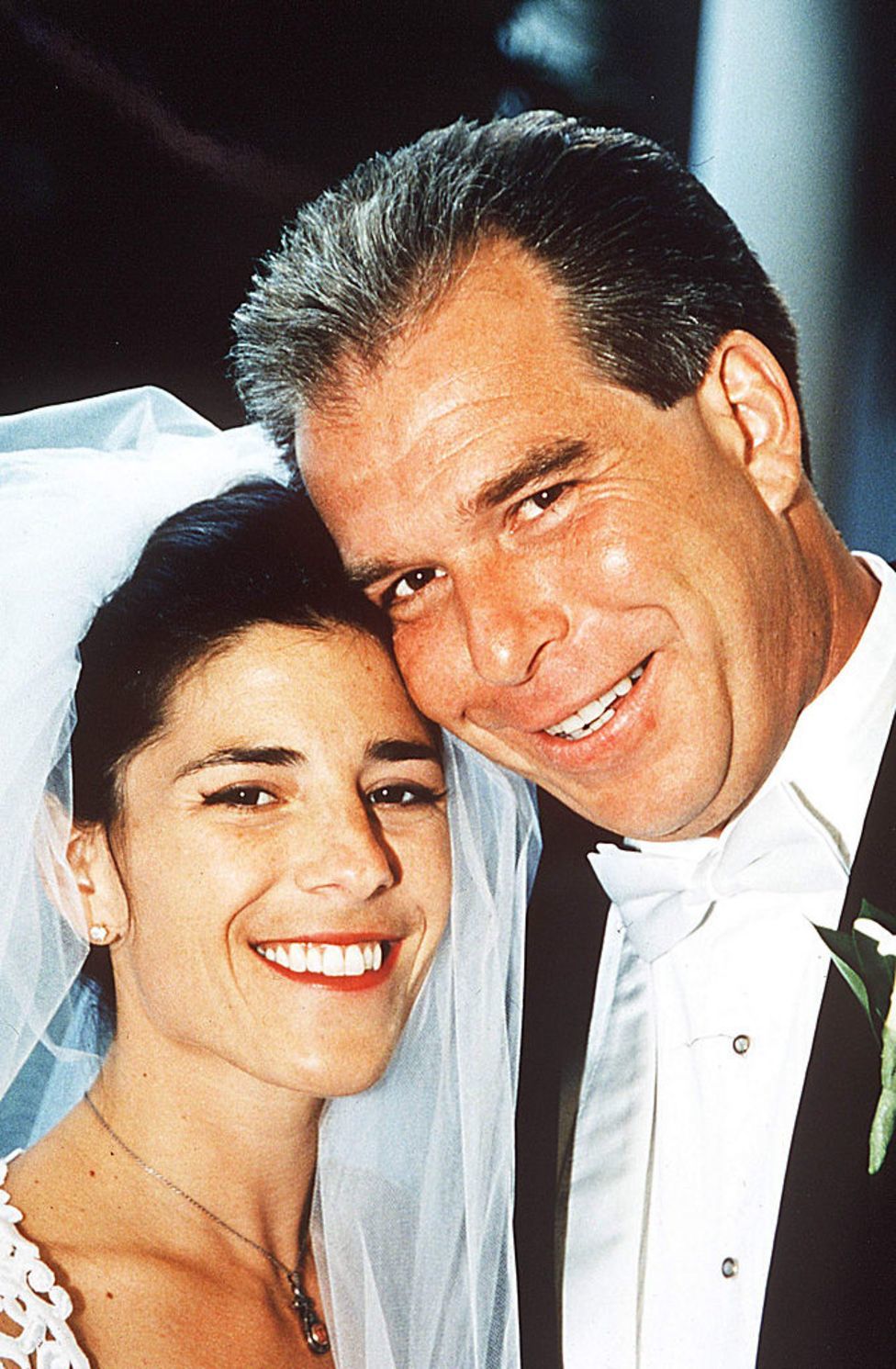 Tony Rodham, the brother of Hillary Rodham Clinton, and Nicole Boxer pose for a photograph during their wedding in 1999 at the White House