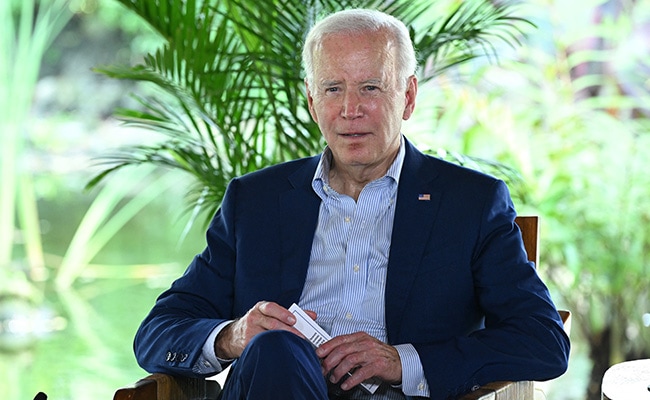 Russia Ukraine War: US called Vladimir Putin's ceasefire 'cynical,' saying he has little faith in the intentions behind announcement of Ukraine ceasefire on Christmas.
US President Joe Biden said Thursday that Russian leader Vladimir Putin's order for a two-day Orthodox Christmas ceasefire in Ukraine was simply an effort to find breathing room for his war effort.

"He was ready to bomb hospitals and nurseries and churches" on December 25 and on New Year's Day, Biden said, adding: "I think he's trying to find some oxygen."

State Department spokesman Ned Price called Putin's ceasefire "cynical," saying, "We have little faith in the intentions behind this announcement."

He voiced concern that Russia would use the break to "regroup, to rest and ultimately to re-attack" and said that Putin may seek to "fool the world" by making it seem that he wants peace.

"This does not appear to be a change in the tide of the war," he said.

"If Russia were truly serious about peace, about ending this war, it would withdraw its forces from the sovereign territory of Ukraine."

The United States also denounced the Wagner Group -- a mercenary outfit close to Putin that is under US sanctions -- for announcing it had coordinated the release of a first group of Russian inmates who accepted amnesty in return for fighting in Ukraine.

Wagner boss Yevgeny Prigozhin appeared in a video speaking to a gathering of men -- some injured and whose faces were blurred.

"We would see it as just a barbaric tactic," Price said, predicting that many prisoners would die on the frontlines.