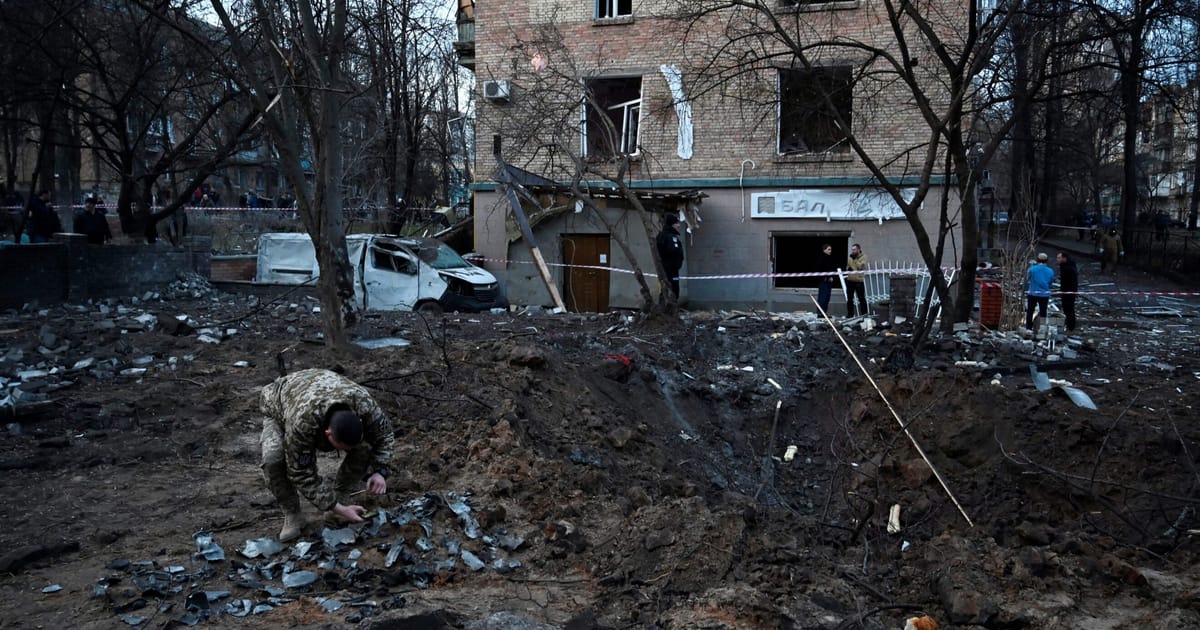 Strikes leave one person dead and at least 20 injured in Kyiv.
Russia launched another wave of missile strikes against civilian targets in Ukraine on New Year’s Eve, the chief commander of Kyiv’s armed forces said, leaving at least one person dead.

Ukrainian forces shot down 12 out of more than 20 cruise missiles fired against the country, Chief Commander Valery Zaluzhnyy said in a statement on Facebook. Six missiles were destroyed in the Kyiv region, five in Zhytomyr, and one in the Khmelnytskyi region, Zaluznhyy said.

One person was killed and at least 20 more were injured in the attack on Kyiv, Mayor Vitaly Klitschko said in a tweet. Two schools, a kindergarten and a hotel were damaged in central Kyiv. About 30 percent of Kyiv households remain without electricity, the mayor added.

Russia and Ukraine also conducted a major prisoner-of-war swap on Saturday, with Kyiv bringing home 140 people from Russian captivity, Andriy Yermak, head of the president’s office, said in a tweet. “This New Year’s Eve, we not only repel the enemy’s missile attacks but also bring back our people,” Yermak said on Telegram.
#Facebook
Add Comment