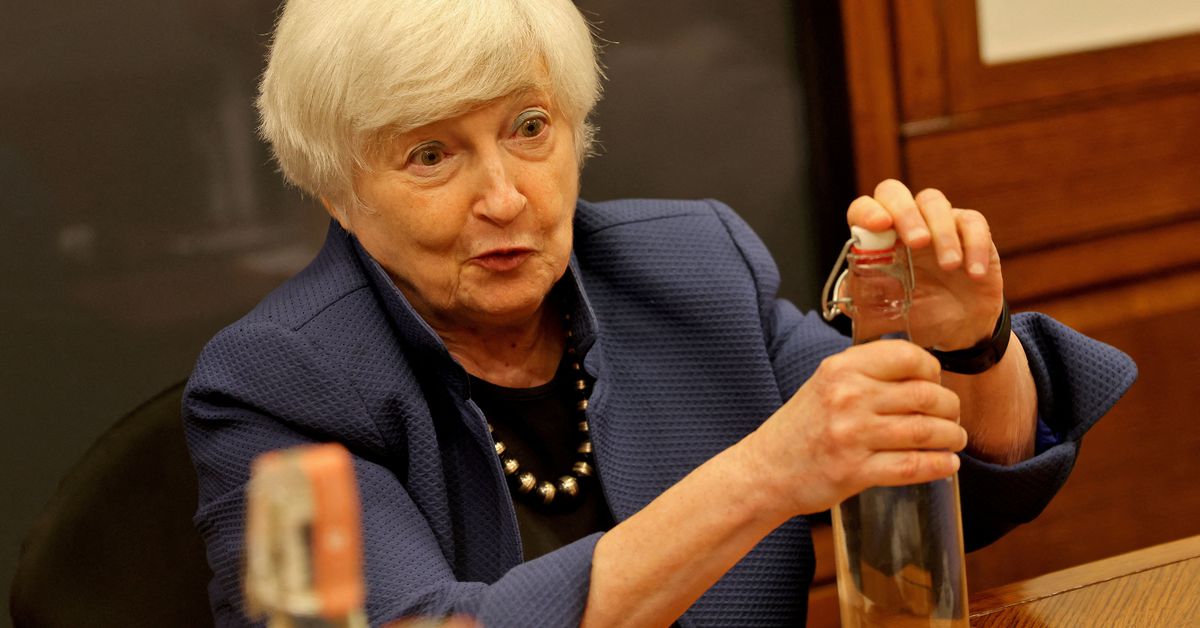 U.S. Treasury Secretary Janet Yellen on Monday said a new racial equity advisory committee, which has drawn the ire of Republican lawmakers, would play a big role in helping the department address acute economic disparities faced by communities of color.
Yellen told the inaugural meeting of the 25 members of the Treasury Advisory Committee on Racial Equity that the Biden administration remained focused on ensuring that disadvantaged communities were no longer left behind in the U.S. economy.

COVID-19 recovery spending and major investments planned under laws enacted to boost spending on infrastructure, combat climate change and encourage domestic production of semiconductors offered a "transformative opportunity to advance economic fairness," she said in a text of her prepared remarks.

"The Treasury Advisory Committee on Racial Equity will play a major role in our effort," she said. "Over the coming months, you will inform our policymaking in areas from tax fairness and capital delivery systems to Treasury's internal efforts to reflect America's diversity in our workforce."

Yellen in 2021 named Janis Bowdler, a Latina activist and former head of the philanthropic arm of JPMorgan Chase & Co (JPM.N), as the department's first-ever counselor for racial equity. A year later, Yellen named the inaugural members of the new committee.

On Monday, she urged them to keep the department accountable and make sure they stayed focused on building an economy that benefited all Americans, including people of color, rural communities and those most affected by climate change.

In a letter to Yellen, they criticized the appointment of Roosevelt Institute President Felicia Wong as vice-chair of the panel, calling her a "radically partisan left-wing voice" and warned the panel would "only worsen this administration's politicization of the Department of Treasury.

A spokesperson for Brady said the lawmakers had not yet received a reply from Yellen or the Treasury.
#COVID-19  #Covid
Add Comment