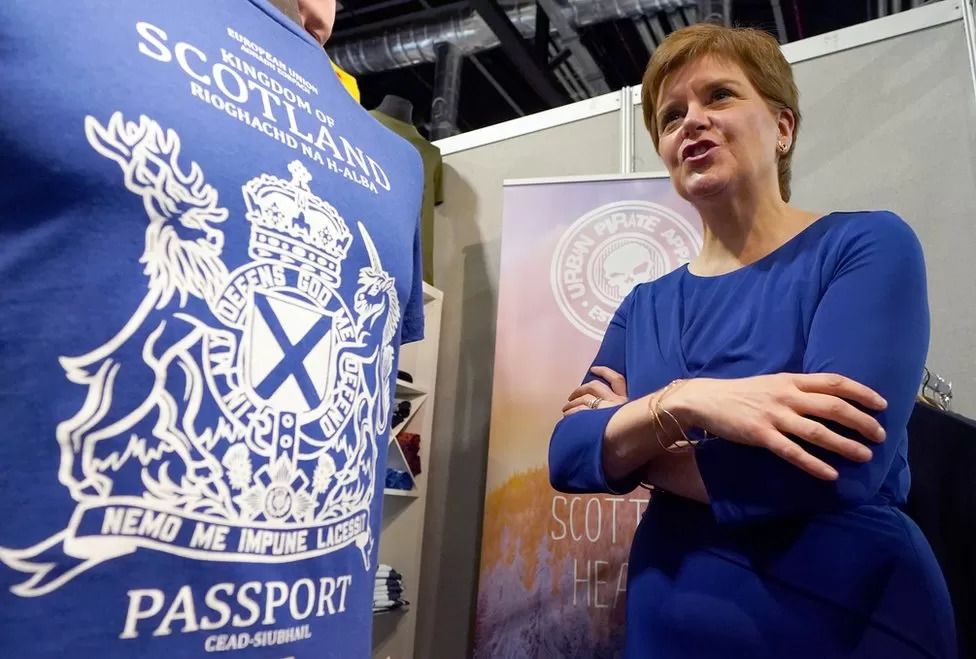 What's the plan for an independent Scotland?

First Minister Nicola Sturgeon has set out her economic vision for Scottish independence with a new paper of policies ranging from a Scottish pound to the EU and border checks.

She wants a referendum next October - something the UK government has rejected.

As with everything else about independence, the policies are likely to be fiercely contested, but here's a look at the Scottish government's positions on the key economic issues.

The Scottish government's proposal is to keep using the pound immediately after independence, before eventually setting up a new Scottish pound.

The new state would set up a central bank on "day one", which would act as the Scottish government's banker and guarantee deposits while amassing currency reserves.

However it would keep using sterling for an unspecified period of time, meaning businesses could continue to trade using the pound and contracts, wages and savings accounts would continue on that basis.

It would, however, mean monetary policy such as interest rates would continue to be set by the Bank of England.

The SNP had previously suggested it might take more than a decade to transition to a new currency, but the latest paper only says it would happen "as soon as practicable".

The shift would come "when the economic conditions are right" and new fiscal institutions are well-established and trusted, with the ultimate decision being one of the independent Scottish Parliament. 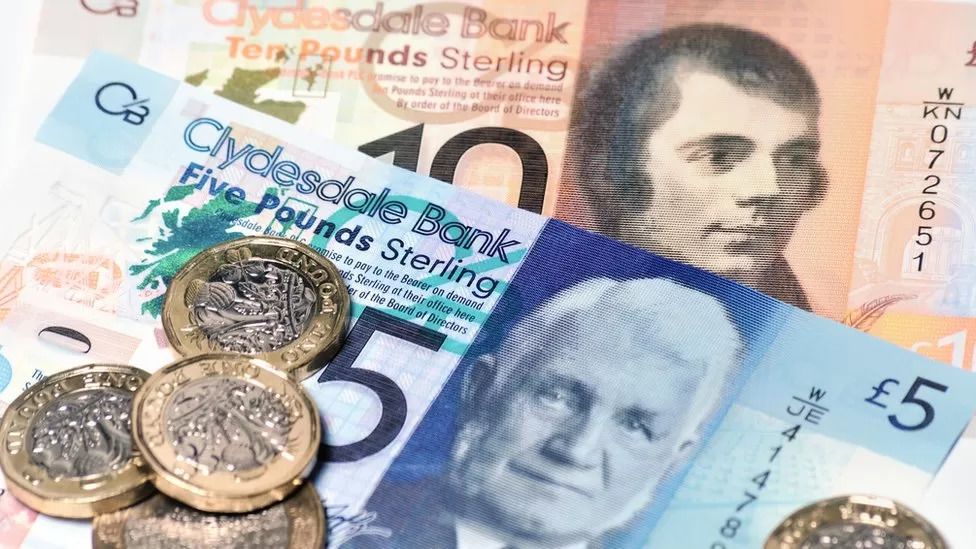 This whole plan is based on Scotland becoming a full member of the European Union - a key part of Ms Sturgeon's political argument for independence as well as the economic one.

The idea is that this would open up Scotland to immigration needed to boost the working-age population, as well as to increased trade with European nations and indeed Northern Ireland.

On the practical side, it remains unclear how Scotland would move through the accession process, with Ms Sturgeon promising a future paper focusing specifically on this. She insists that "nobody with any credibility seriously suggests that Scotland would not be welcomed back into the EU".

But she refused to set any kind of timescale, with questions over whether it could hinge on how long it takes to set up the Scottish Pound.

The first minister also said joining the Euro was "not the right option for Scotland". 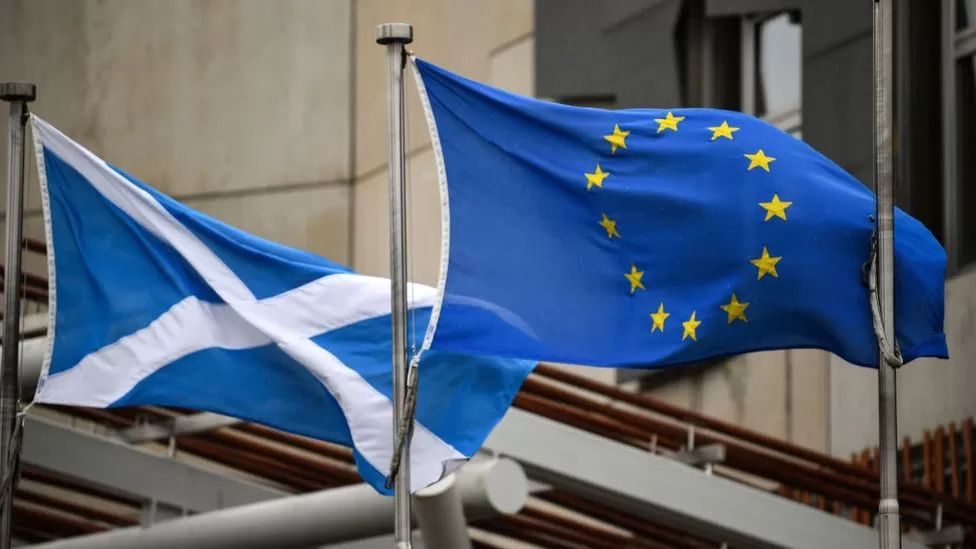 Independence would by its very nature create a border between Scotland and the rest of the UK. The key question is how open or closed this border would be.

The Scottish government is aiming for a "best of both worlds" arrangement for the movement of people, which would see Scotland part of both the Common Travel Area covering the UK and Ireland, and the EU's Schengen free travel zone.

Ms Sturgeon says this would dismiss any scare-stories about Scots needing to produce a passport to visit relatives in England.

However she accepts that there is "significant uncertainty" about the UK's relationship with the EU, which could throw up difficulties when it comes to the movement of goods were Scotland to be a member state.

The paper accepts there would need to be physical customs checks for goods on the main roads between Scotland and England, as well as at freight terminals.

However Ms Sturgeon insists these barriers are "not insurmountable", and that negotiations and proper planning could establish "smooth" trade across borders. 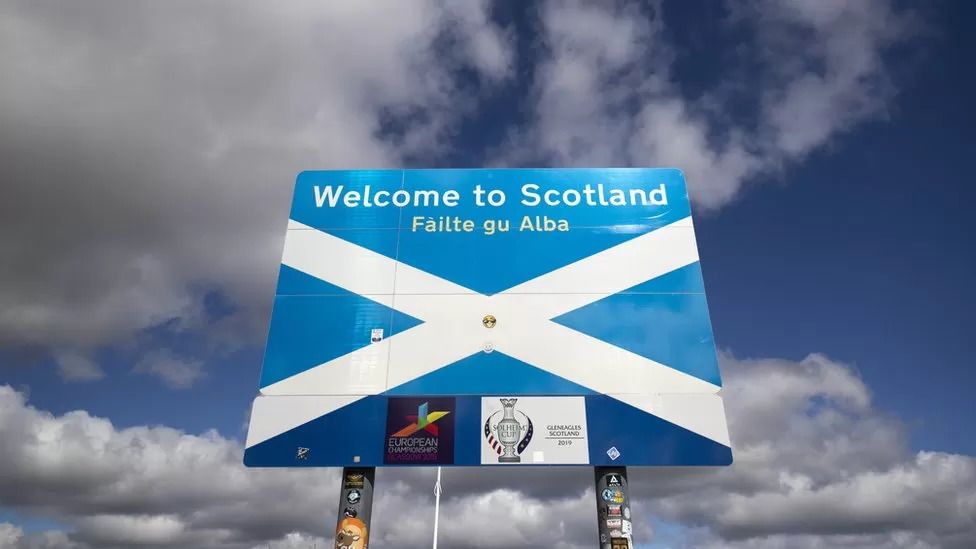 Part of separating Scotland out from the rest of the UK would include talks about dividing up the state's existing assets and liabilities.

The Scottish government does not want to actually take any of the UK's existing debt onto its own books, but says it would agree to service a share of the national debt via an annual "solidarity payment".

The exact level of this payment would depend on negotiations with the UK government, and would include talks about crucial matters like how pensions would be funded.

There is a practical side to this "solidarity". The new Scottish state would be issuing its own debt, borrowing from the markets, and the hope is that a show of good faith could reduce any premium on that debt.

Prime Minister Liz Truss has just felt the sharp end of the power of the markets, and how valuable the trust of financial investors can be - Ms Sturgeon's government may be looking to learn from that by sending the right signals from day one. 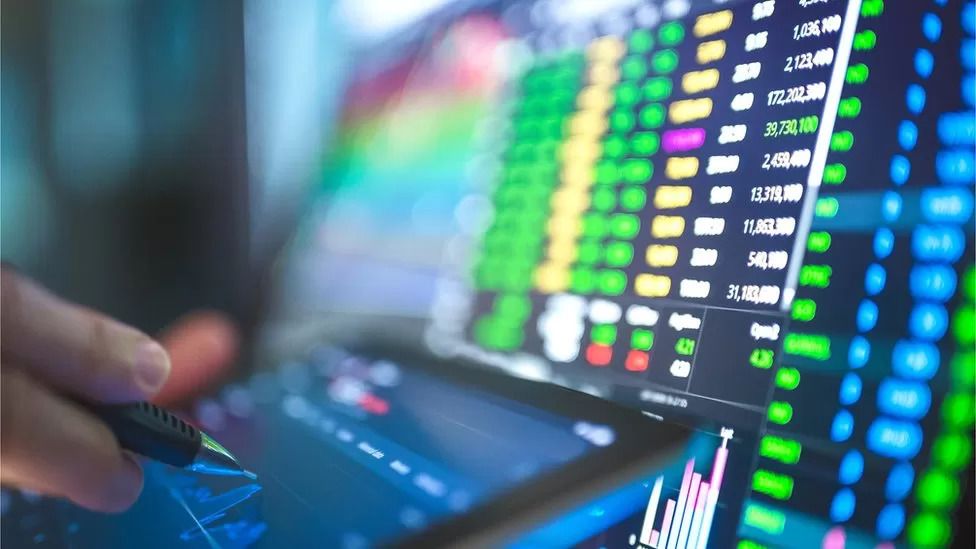 The paper avoids setting out a fiscal "starting point" for the new Scottish state, although it accepts it would have a deficit of some kind.

The UK government insists that Scots benefit from increased funding per head as part of the union, but Ms Sturgeon argues that having control over all the "levers" could allow her government to boost tax revenues, invest in public services and reject any "austerity" policies.

A key part of this would be the setting up of a new investment fund to harness oil and gas revenues from the North Sea - effectively squeezing the last revenues out of this industry even while moving away from it.

The Scottish government says this could pay for £20bn of infrastructure investment over the first decade of independence, paving the way for the transition to a net-zero emissions economy.

This would include investment in energy efficiency for homes and businesses, hydro-power projects and the hydrogen industry.

In the longer term Ms Sturgeon sees green energy as being at the heart of the new Scottish economy, with the potential for 300,000 jobs in hydrogen alone.