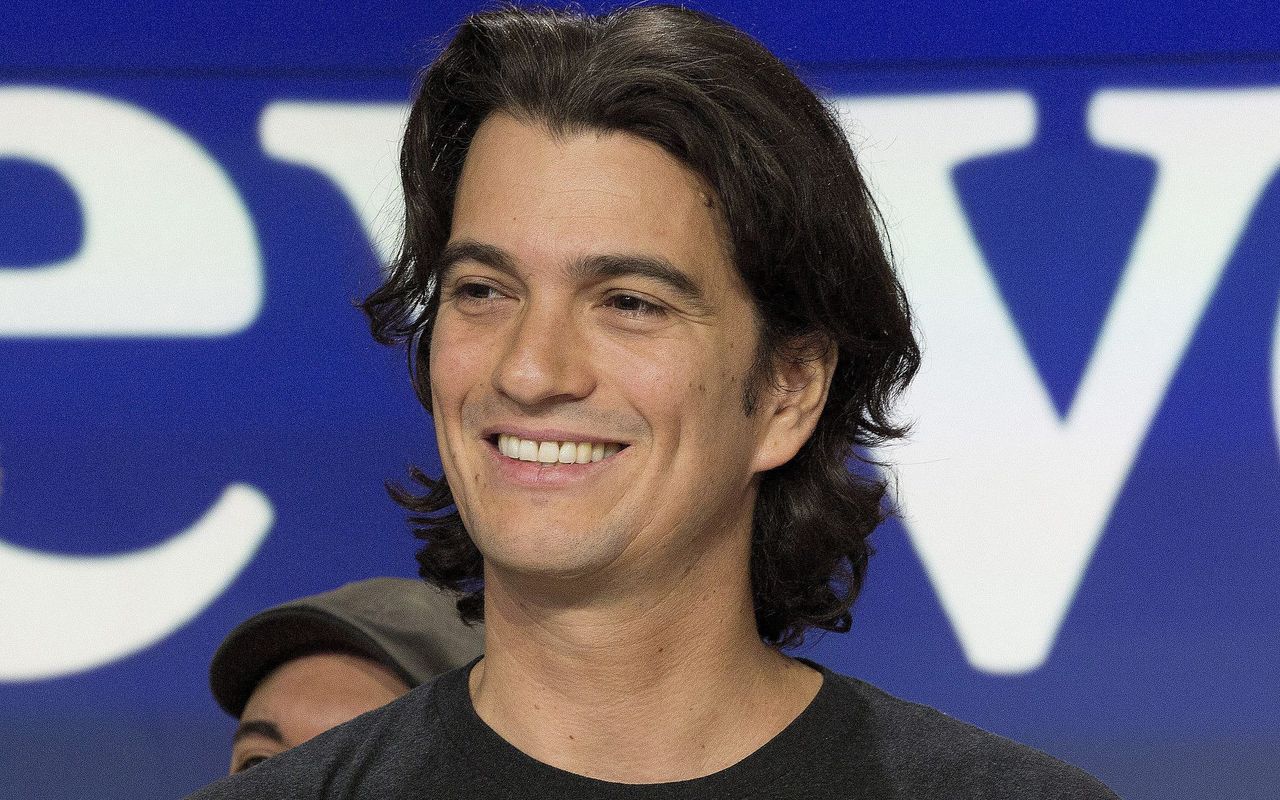 Adam Neumann, 42, who was ousted as WeWork CEO in 2019, has been buying up majority shares in more than 4,000 apartment complexes worth over $1 billion.
Ousted WeWork founder Adam Neumann wants to disrupt the business model of personal living spaces like he did with office buildings as the billionaire tech mogul snaps up apartment complexes around the country.

Neumann, 42, who was ousted as WeWork CEO in 2019, has been buying up majority stakes in more than 4,000 apartments valued at more than $1 billion in cities like Miami, Nashville and Fort Lauderdale, according to the

Many of the acquisitions have occurred over the past year, and friends and associates have said he wants to create a widely-recognizable apartment brand stacked with amenities as he seeks to lure in the same kind of young professionals who took advantage of WeWork's co-working spaces.

'Since the spring of 2020, we have been excited about multifamily apartment living in vibrant cities where a new generation of young people increasingly are choosing to live, the kind of cities that are redefining the future of living,' said DJ Mauch, a partner in Neumann's family office.

'We're excited to play a role in that future,' he said.

Neither Mauch nor Neumann have provided any specifics on how the plan will revolutionize the industry.

Neumann, 42, has also invested in a number of startups, such as Alfred Club Inc, a company that provides concierge services such as picking up and dropping off groceries and laundry in residential buildings, sources told the Journal.

Neumann, an Israeli-born business mogul, earned his riches as the co-founder of WeWork in 2010, and raised more than $10 billion for a business once valued at $47 billion.

In his heyday, Neumann also launched WeLive, which was planned as a network of buildings where people could rent rooms in shared, furnished apartments.

The company opened apartment buildings in New York and Virginia, but closed them down after Neumann's departure in 2019.

He left the company after plans for an IPO blew up in spectacular fashion in August of that year, resulting in investors tossing aside the eccentric CEO over his exorbitant spending and increasingly erratic behavior. He was accused of drug use and gender discrimination.

To encourage him to leave the company, majority owner SoftBank Group Corp paid Neumann nearly $200 million for consulting and other fees and bought $578 million worth of shares from him.

He continues to have an 11 percent share in WeWork, which is valued at around $722 million, reported, and is now worth $1.6 billion.

Neumann is using his riches to buy stakes in the lucrative rental sector, which has seen prices surge in many cities since the start of the pandemic.

Most of his real-estate holdings are new properties with more than 200 units and many amenities, the Journal reported.

In Nashville, Tennessee, Neumann bought Stacks on Main, a 268-unit property that features a saltwater pool, a dog park, a rooftop lounge and valet trash pickup.

Each apartment also has a Nest thermostat, and is billed on as 'the gateway to an East Nashville lifestyle without the crazy price tag.' Rents at the apartment complex start at $1,390.

Meanwhile, in in Fort Lauderdale, Florida, an 'entity tied to Neumann' owns Society Las Olas, a 639-unit apartment building that includes a co-working space, a putting green and a barber shop.

And in downtown Miami, Neumann recently signed a contract to buy a majority stake in the 444-unit Caoba apartment tower - valuing the property at roughly $220 million. The property includes a swimming pool with cabana and towel service, an outdoor game lawn and a separate sunning lawn, as well as a clubroom with a fully-equipped kitchen, billiard, foosball and media area.

Nearby, another entity tied to Neumann also owns the 387-unit Yard 8 Midtown apartment building, which seems to target millennials on its with a pitch that says: 'Home is a vibe. It's something you feel in your soul. A vibration of belonging, of something new and of endless possibilities. That's life at Yard 8 Midtown.'

The apartment complex features a swimming pool and sundeck, a clubhouse with an outdoor bar and a coffee bar.

Neumann has also reportedly invested in suburban apartments, where demand has grown over the past few years as people working remotely no longer have to commute to a city.

He holds stakes in a building in Decatur, Georgia, and another in Norwalk, Connecticut, according to the Journal.

But whether Neumann will be able to turn his reputation around remains to be seen after his widely publicized downfall.

In April, Hulu released the documentary WeWork: Or the Making and Breaking of a $47 Billion Unicorn.

And in a 2018 lawsuit, former WeWork employee Ruby Anaya alleged Neumann 'plied [her] with tequila shots during her interview with the company,' according to .

She also claimed that a male employee grabbed her, pulled her into his body and tried to forcibly kiss her. She says she was fired in August 2018 in what she believes was an act of retaliation.

Neumann's chief of staff, Medina Bardhi, also filed a complaint with the Equal Employment Opportunity Commission in New York in 2019, claiming that Neumann referred to her maternity leave as 'vacation' or 'retirement' and that she was repeatedly 'derided and marginalized by Mr. Neumann and other WeWork officials,' according to the .

In November, Neumann conceded in an interview that the company could have matured 'sooner,' saying, 'We had a fun culture.'

He also pushed back on that he had received a $ 1.7 billion 'golden parachute' to leave the company.

'This perception that as the company went from a $47 billion valuation down to $9 billion, that I profited somehow while the company was going down, is completely false,' he said.