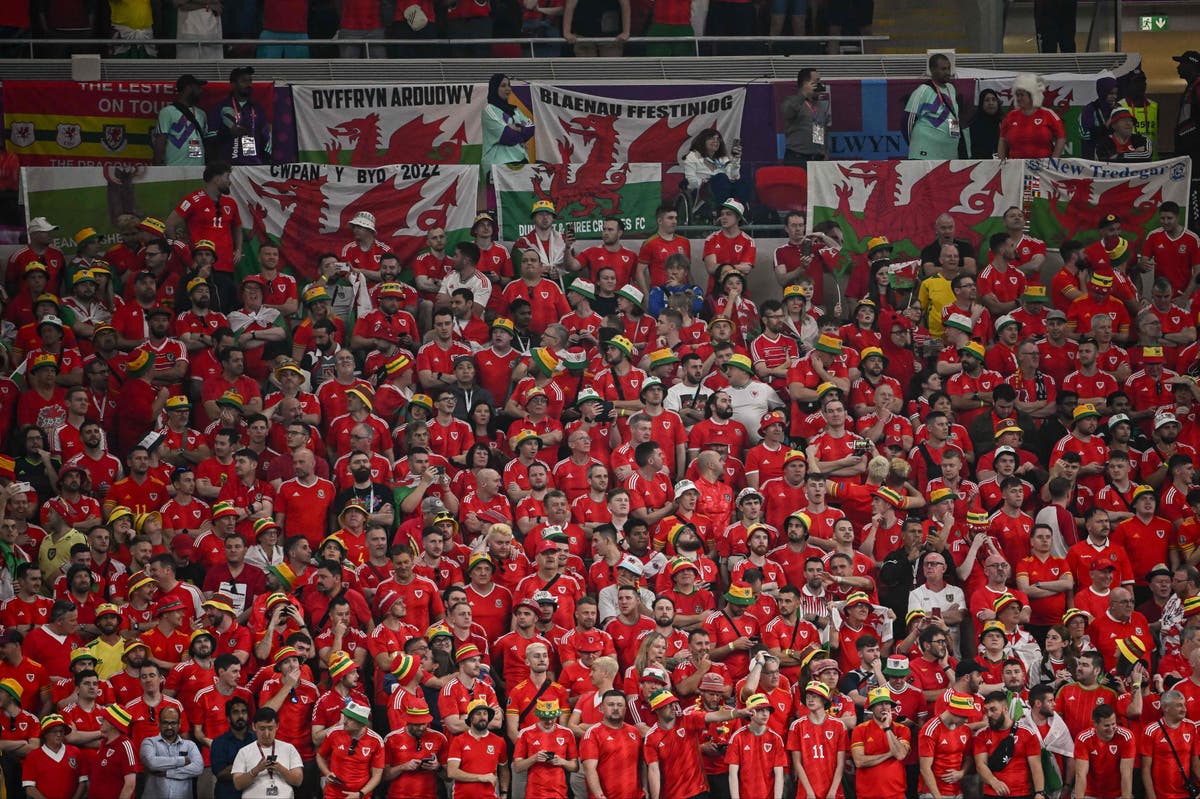 Wales fans attending the World Cup in Qatar have reportedly had rainbow bucket hats confiscated from them before their game against the USA.
The rainbow LGBTQ+ pride flag has proven a contentious symbol so far at the tournament in Qatar - a country which criminalises same-sex relationships.

Wales’ Rainbow Wall, a group of LGBTQ+ supporters, tweeted that female supporters had rainbow bucket hats confiscated on Monday as they attended Wales’ opener against USA.

The group said: “Our rainbow bucket hat. We are so proud of them, but news on the ground tonight is our welsh female supporters wearing them in #Qatar are having them taken off them, Not the men, just Women. @Fifacom are you serious!”

Grant Wahl, an American journalist at CBS Sports, said he was prohibited from entering the stadium while wearing a T-shirt depicting a football surrounded by a rainbow.

The incident divided opinion on Twitter, where one Twitter user wrote: “Respect and respect. You are here in an Arab Islamic country that prohibits homosexuality and the promotion of homosexuality. You have to respect the beliefs of this country.”

Another responded: “No. Qatar invited the world to come and watch soccer. What did they think would happen? If they didn’t wish to bring the rest of the 21st Century into Qatar they shouldn’t have asked to host.”

Meanwhile, a US supporter was threatened by a member of the public while travelling to the stadium on the metro, for carrying a small rainbow flag, the PA news agency reported.

Wales and US fans, as well as Qatari security guards, are said to have intervened to protect the fan carrying the flag.

It comes as England and Wales, along with other European countries, sparked backlash on Monday when they said they will not wear rainbow-coloured anti-discrimination One Love armbands in their World Cup matches, after FIFA threatened them with sporting sanctions.

Following the announcement former Lioness defender Alex Scott drew widespread praise from viewers when she was seen wearing one of the armbands on air, as she presented the BBC’s Qatar World Cup coverage in Doha.

Wales’ match against the USA on Monday marked its first World Cup finals fixture since 1958, as Group B continued at Ahmad bin Ali Stadium in Al Rayyan.

Follow the Standard’s live coverage of the historic game here.