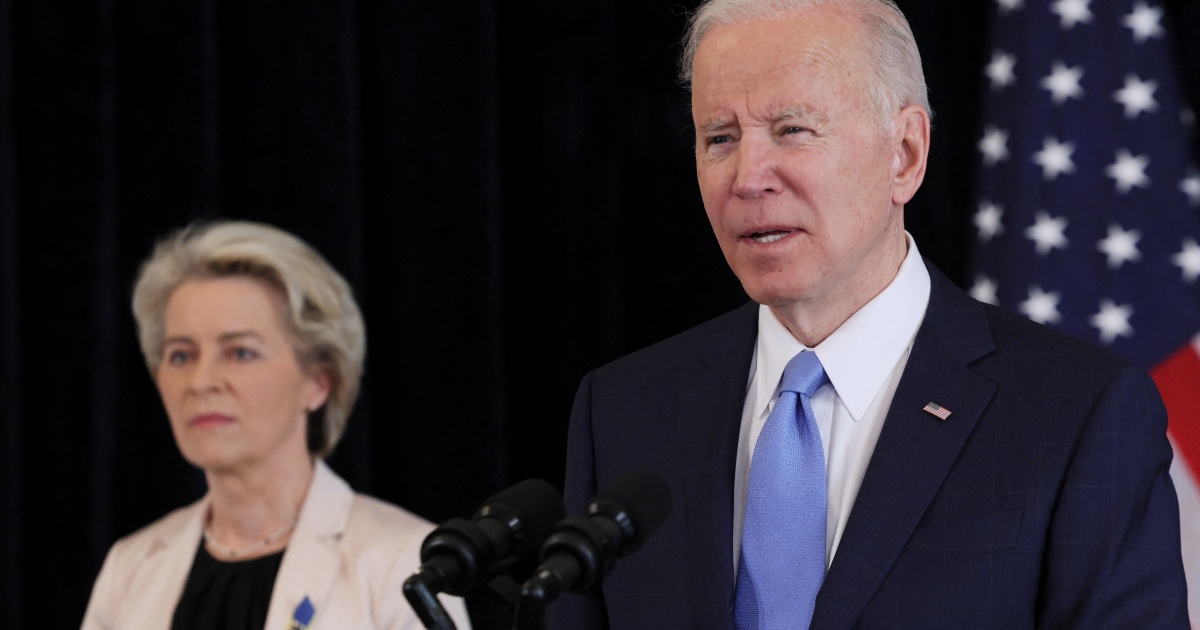 A new joint task force to work on slashing the bloc’s dependence on Russian fossil fuels.

The United States and the European Union have unveiled a plan to reduce Europe’s dependence on Russian fossil fuels following the invasion of Ukraine.

US President Joe Biden and European Commission President Ursula von der Leyen announced the creation of the joint task force aimed at cutting the bloc’s reliance on Russian imports during a joint news conference in Brussels on Friday.

“Putin has used Russia’s energy resources … to manipulate its neighbours,” said Biden, who arrived in Europe this week to take part in several emergency meetings. “He’s used the profits to drive his war machine.”

“Today, we’ve agreed on a joint game plan toward that goal, while accelerating our progress toward a secure clean energy future,” he said. “This initiative focuses on two core issues. One, helping Europe reduces dependency on Russian gas as quickly as possible Secondly, reducing Europe’s demand for gas overall.”

Under the agreement, Biden said the US will work with partners to ensure an additional 15 billion cubic metres of liquified natural gas (LNG) for the EU in 2022.

The European Commission will in turn work with EU member states to ensure the demand of at least 50 billion cubic metres of US LNG a year, according to the White House.

“In a world faced with disorder, our transatlantic unity upholds fundamental values and rules that our citizens believe in,” von der Leyen said at the news conference.

“We want as Europeans to diversify away from Russia towards suppliers that we trust, that are friends and that are reliable,” she added. “Therefore the US commitment to provide the European Union with additional at least 15 billion cubic metres of LNG this year is a big step in this direction because this will replace the LNG supply we currently receive from Russia.”

The new plan will be overseen by a task force chaired by a representative from the White House and a representative of the president of the European Commission, and will work to “ensure energy security for Ukraine and the EU in preparation for next winter and the following one while supporting the EU’s goal to end its dependence on Russian fossil fuels”, according to a White House statement.

Russia is the world’s largest supplier of LNG, accounting for about 45 percent of the EU’s imports in 2021. Overall, the EU imports about 90 percent of its LNG, which is predominantly used for home heating and in the industrial sector.

Russia, along with Qatar and Iran, accounts for half of the world’s natural gas reserves.

The February 24 Russian invasion of Ukraine has set European and US officials scrambling to find alternatives to the continent’s reliance on Russian fossil fuels.

The EU in early March announced plans to slash its dependence on Russian gas by two-thirds in 2022.

However, shifting suppliers has been difficult, with many of the most likely candidates already locked into long-term contracts.

On Sunday, Germany and Qatar announced they had reached a deal on a long-term energy partnership to offset the country’s reliance on Russian gas.

The move comes after Germany put a hold on its Nord Stream 2 gas pipeline, a controversial but all-but completed project designed to bring Russian natural gas directly to Germany via the Baltic Sea.

On Thursday, NATO leaders meeting in Brussels discussed increasing defence capabilities along the bloc’s eastern edge and contingencies in the event of Russia using chemical or biological weapons in Ukraine.

Amid consecutive meetings of EU and G7 leaders, Washington also announced a raft of new sanctions against Russia, including punitive measures against Duma – the lower house of the country’s Federal Assembly – and more than 300 of its members.

They also issued new guidance on Russia’s estimated $130bn in gold reserves, saying it was also subject to US sanctions. Leaders of G7 countries agreed to crack down on Russia’s ability to sell its gold reserves during the meeting on Tuesday.

The EU has so far imposed four waves of sanctions on Russia.

Oh ya 55 days ago
Russia has not stopped exporting gas to the EU even with all the boycotts placed on them . They have also made every payment on their bonds.. So that means they are not using gas and oil as a weapon against the EU. the States is just trying to get the EU to buy gas from America at way more price than they pay Russia. If anyone is guilty of anything it is the US using the world reserve currency and got Russia kicked off the SWIFT system, seizing there foreign reserves (which should scare every country in the world). and now that Victoria Newland has admitted the US had biolabs in the Ukraine working on bio weapons maybe it is time for the world to hold the US accountable. But things are quickly changing for the corrupt USA. Saudi is now talking with China about selling oil in other than USD. India is buying oil from Russia in other than USD. The day of the petro dollar ie ending thus they will lose the world reserve status and then the chickens will come home to roost for the American public. If you think inflation is bad now wait until all those not needed USD come back to American shores. But what do i know because i do not get my news from the likes of CNN, MSNBS ETC
View all comments (1)Add comment 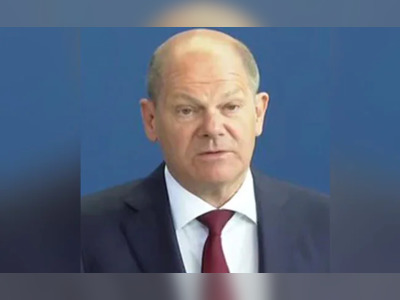