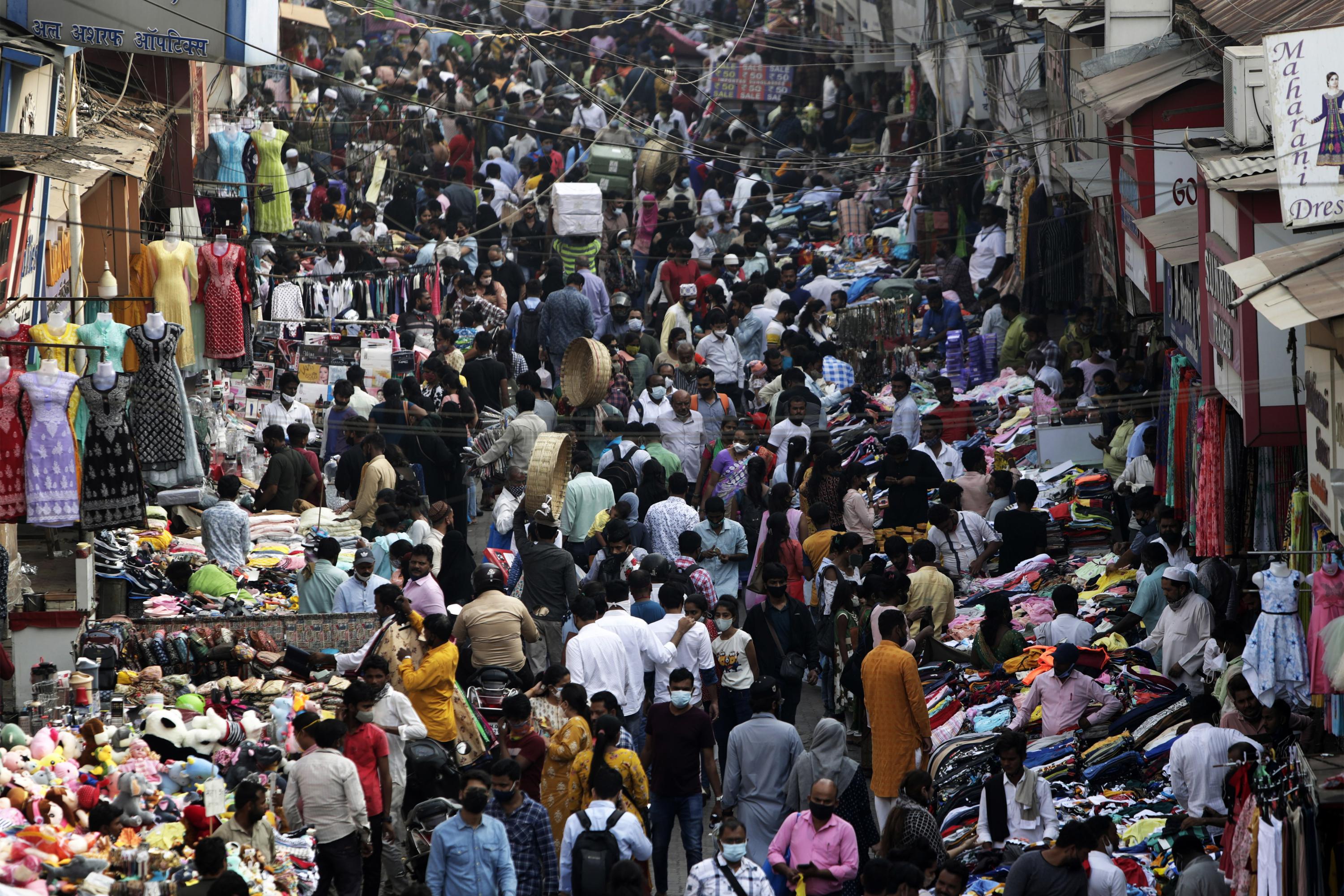 The United Nations estimated Monday that the world’s population will reach 8 billion on Nov. 15 and that India will replace China as the world’s most populous nation next year.
In a report released on World Population Day, the U.N. also said global population growth fell below 1% in 2020 for the first time since 1950.

The report says more than half the projected increase in population up to 2050 will be concentrated in just eight countries: Congo, Egypt, Ethiopia, India, Nigeria, Pakistan, the Philippines and Tanzania.

The report, “World Population Prospects 2022,” puts the world’s population at 7.942 billion now and forecasts it will reach 8 billion in mid-November.

John Wilmoth, director of the U.N. Population Division, said at a news conference to release the report that the date when the U.N.’s projection line crosses 8 billion is Nov. 15.

But, he noted, “we do not pretend that that’s the actual date … and we think that the uncertainty is at least plus or minus a year.”

“This is an occasion to celebrate our diversity, recognize our common humanity, and marvel at advancements in health that have extended lifespans and dramatically reduced maternal and child mortality rates,” Guterres said in a statement. “At the same time, it is a reminder of our shared responsibility to care for our planet and a moment to reflect on where we still fall short of our commitments to one another.”

Wilmoth said the U.N. moved the date forward from 2027, especially as a result of China’s 2020 census. India had been planning its census in 2021, but he said it was delayed because of the pandemic. The U.N. will reassess its projection after it takes place.

The U.N. projects that in 2050 the United States will remain the third most populous country in the world, behind India and China. Nigeria is projected to be No. 4, followed by Pakistan, Indonesia, Brazil, Congo, Ethiopia and Bangladesh. Russia and Mexico, which are in the top 10 most populous countries in 2022, are projected to lose their ninth and 10th spots in 2050.

“In countries with at least half a million population, the largest relative reductions in population size over that period, with losses of 20% or more, are expected to take place in Bulgaria, Latvia, Lithuania, Serbia and Ukraine.”

In other highlights, the report said global life expectancy improved almost 9 years from 1990 — to 72.8 years for babies born in 2019 — and is projected to reach 77.2 years in 2050 as death rates continue to decrease. But in 2021, it said, life expectancy in the world’s poorest countries lagged 7 years behind the global average.

As for gender balance, the report says, “Globally, the world counts slightly more men (50.3%) than women (49.7%) in 2022.” “This figure is projected to slowly invert over the course of the century,” it says. “By 2050, it is expected that the number of women will equal the number of men.”

The share of working age people between ages 25 and 64 has been increasing in most countries of sub-Saharan Africa, parts of Asia and in Latin America and the Caribbean “thanks to recent reductions in fertility,” the report says.

The U.N. said this “demographic dividend” provides an opportunity for accelerated economic growth for those countries.

As a result, over the next few decades, international migration “will be the sole driver of population growth in high-income countries,” the report said.

“By contrast, for the foreseeable future, population increase in low-income and lower-middle-income countries will continue to be driven by an excess of births over deaths,” it said.
Add Comment