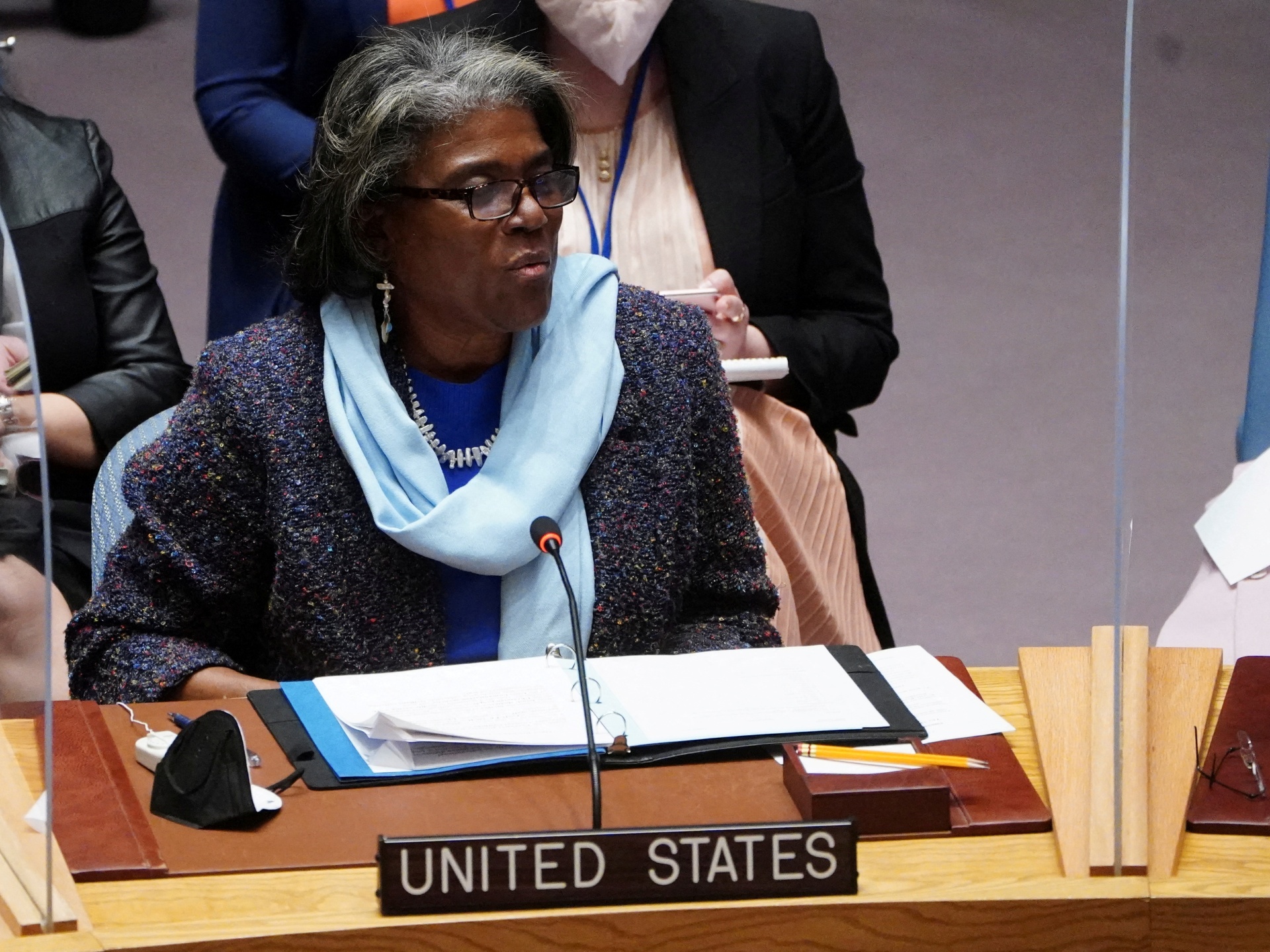 A US-drafted resolution to remove Iran from the Commission on the Status of Women passed over objections from Iran.
Iran has been removed from the United Nations women’s body, a move pushed by the United States as the Iranian government continues to repress protests across the country.

The 54-member UN Economic and Social Council (ECOSOC) voted on Wednesday to adopt a US-drafted resolution to expel Iran from the Commission on the Status of Women, accusing Iran of systematic violations of women’s rights.

“UN Member States just voted to remove Iran from the Commission on the Status of Women,” the US ambassador to the UN Linda Thomas-Greenfield said on Twitter following the vote. “Iranian women and activists called on us to do this – and today, we got it done.”

Iran expressed disappointment with the decision and had previously said that the move would create an “unwelcome precedent”.

Iran has been rocked by protests for months following the death of Mahsa Amini, a 22-year-old Kurdish woman who died in detention in September after being arrested by Iran’s “morality police” for improperly wearing her hijab.

The Iranian government has responded to the protests with harsh measures, and carried out its second execution related to the protests earlier this week, hanging Majidreza Rahnavard for allegedly killing two members of the security forces.

Reports have also emerged that an Iranian football player is at risk of execution for involvement in the protests, although the nation’s judiciary has denied that the professional footballer, Amir Nasr-Azadani, has been sentenced.

Foreign-based human rights organisations have said more than 450 people have been killed during the protests, more than double the death toll of 200 provided by Iran, which has denied that its security forces fired on protesters and has pushed back against criticism of its human rights record.

The resolution said that Iran’s crackdown on protesters “continuously undermine and increasingly suppress the human rights of women and girls, including the right to freedom of expression and opinion”.

The 45-member Commission on the Status of Women, the UN’s premiere women’s rights group, was founded in 1946 and meets in March of each year to promote gender equality and women’s empowerment.

US ambassador Thomas-Greenfield had previously called Iran’s presence “an ugly stain on the commission’s credibility,” and welcomed the vote on Wednesday.
Iran’s UN representative Amir Saeid Iravani accused the US of acting like a bully and said that the removal was illegal.

Russia, which opposed the resolution, also questioned the legality of the move and said that it wanted to hear an opinion from UN legal experts regarding whether the Economic and Social Council was able to remove Iran from the commission.