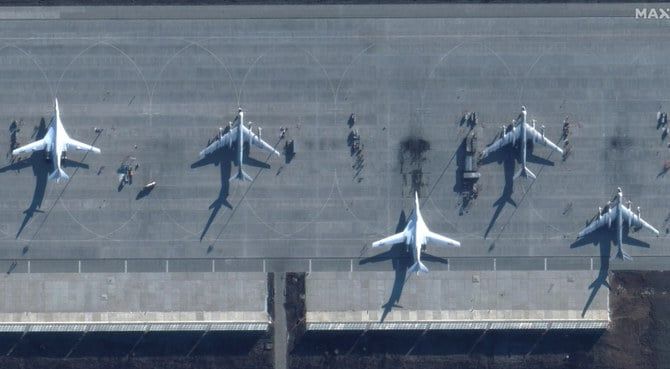 Ukraine warned there would be emergency blackouts once again in several regions as it repaired damage from missile attacks it said destroyed homes and knocked out power, while Moscow accused Kyiv of attacking deep inside Russia with drones.
A new Russian missile barrage had been anticipated in Ukraine for days and it took place just as emergency blackouts were due to end, with previous damage repaired.

The strikes, which plunged parts of Ukraine back into freezing darkness with temperatures below zero Celsius (32 Fahrenheit), were the latest in weeks of attacks hitting critical infrastructure and cutting off heat and water to many.

At least four people were killed, Ukrainian President Volodymyr Zelensky said, adding that most of some 70 missiles were shot down.

“In many regions, there will have to be emergency blackouts,” he said in a late Monday video address. “We will be doing everything to restore stability.”

The United States said it would convene a virtual meeting on Thursday with oil and gas executives to discuss how it can support Ukrainian energy infrastructure, according to a letter seen by Reuters.

Moscow has been hitting Ukraine’s energy infrastructure roughly weekly since early October as it has been forced to retreat on some battlefronts.

In the Zaporizhzhia region, at least two people were killed and several houses destroyed, the deputy head of the presidential office, Kyrylo Tymoshenko, said.

Reuters video showed two bodies covered with blankets lying next to a damaged car in the village of Novosofiivka, some 25 km east of the southern city of Zaporizhzhia.

“Both of my neighbors were killed,” Olha Troshyna 62, said. “They were standing by the car. They were seeing off their son and daughter-in-law.”

Missiles also hit energy plants in the regions of Kyiv and Vinnytsia in central Ukraine, Odesa in the south and Sumy in the north, officials said. Kyiv was one of the regions to be suffering from the most blackouts, according to Zelensky.

Ukraine had only just returned to scheduled power outages from Monday rather than the emergency blackouts it has suffered since widespread Russian strikes on Nov. 23, the worst of the attacks on energy infrastructure.

But Ukraine’s largest private energy provider, DTEK, on Monday reported having to disconnect one of its facilities from the power grid, limiting power and heat supply, in what it said was the 17th Russian attack on one of its sites in the last two months.

Ukraine’s air force said it downed over 60 of more than 70 missiles fired by Russia on Monday.

Russia has said the barrages are designed to degrade Ukraine’s military. Ukraine says they are clearly aimed at civilians and thus constitute a war crime. Moscow denies that.

Russia says it is waging a “special military operation” in Ukraine to rid it of nationalists and protect Russian-speaking communities. Ukraine and its allies accuse Moscow of an unprovoked war to grab territory from its pro-Western neighbor.

Russia’s defense ministry on Monday said Ukrainian drones attacked two air bases at Ryazan and Saratov in south-central Russia, killing three servicemen and wounding four, with two aircraft damaged by pieces of the drones when they were shot down.

Ukraine did not directly claim responsibility for the attacks. If it was behind them, they would be the deepest strikes inside the Russian heartland since Moscow invaded Ukraine on Feb. 24.

The New York Times, citing a senior Ukrainian official, reported unmanned drones struck two bases hundreds of miles inside Russia. The drones were launched from Ukrainian territory and at least two planes were destroyed at one of the bases and several more were damaged, the newspaper reported.

“The Kyiv regime, in order to disable Russian long-range aircraft, made attempts to strike with Soviet-made unmanned jet aerial vehicles at the military airfields Dyagilevo, in the Ryazan region, and Engels, in the Saratov region,” the Russian defense ministry said.

It said the drones, flying at low altitude, were intercepted by air defenses and shot down. The deaths were reported on the Ryazan base, 185 km (115 miles) southeast of Moscow.

Despite that, it said, Russia responded with a “massive strike on the military control system and related objects of the defenses complex, communication centers, energy and military units of Ukraine with high-precision air- and sea-based weapons” in which it said all 17 designated targets were hit.

Kyiv’s forces have demonstrated an increasing ability to hit strategic Russian targets far beyond the 1,100 km-long frontline in southern and eastern Ukraine.

Saratov is at least 600 km from the nearest Ukrainian territory. Russian commentators said on social media that if Ukraine could strike that far inside Russia, it might also be capable of hitting Moscow.

Previous mysterious blasts damaged arms stores and fuel depots in regions near Ukraine and knocked out at least seven warplanes in Crimea, the Black Sea peninsula annexed by Russia from Ukraine in 2014.

Ukraine has not claimed responsibility for any of the blasts, saying only that they were “karma” for Russia’s invasion.

“If something is launched into other countries’ air space, sooner or later unknown flying objects will return to (their) departure point,” Ukrainian presidential adviser Mykhailo Podolyak tweeted, tongue in cheek, on Monday.
Add Comment