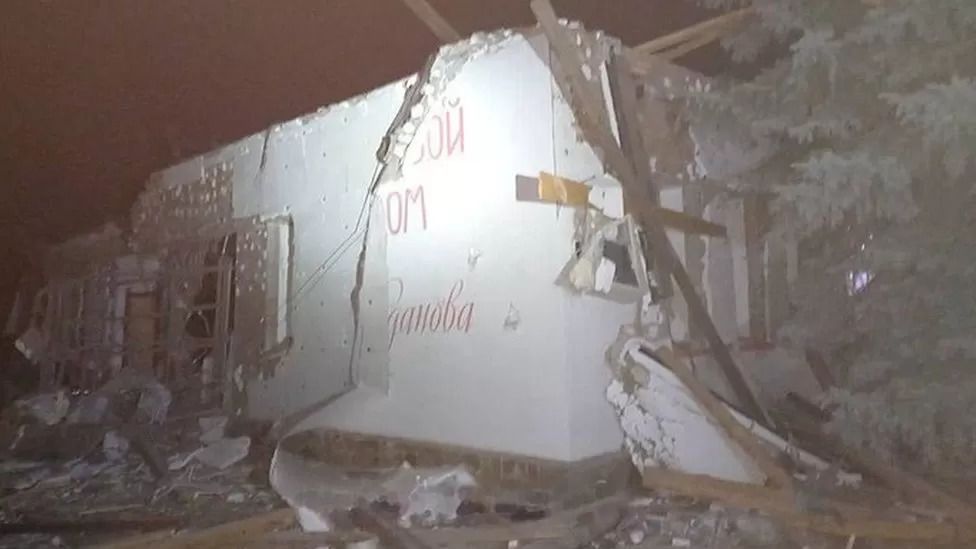 Ukrainian forces have struck a headquarters of Russia's Wagner mercenary group, says the governor-in-exile of Luhansk in eastern Ukraine.

Serhiy Haidai said a hotel where the group met in Kadiivka, Luhansk, had been hit with major losses.

The BBC was unable to independently verify Wagner's presence at the hotel.

Fighting also raged in southern Ukraine over the weekend, with Russia targeting Odesa and Ukraine bombarding a target in the occupied city of Melitopol.

Wagner are state-sponsored mercenaries who act in the Kremlin's interests, according to Western experts.

The private military company, set up by Yevgeny Prigozhin, a former restaurateur and close associate of Russian President Vladimir Putin, has repeatedly been accused of war crimes and human rights abuses.

Wagner units have previously been deployed in Crimea, Syria, Libya, Mali and the Central African Republic.

In the Kadiivka strike, Mr Haidai said Russia had suffered "significant losses" and he expected "at least 50%" of the surviving forces to die due to a lack of medical treatment.

The pair also spoke about Mr Zelensky's desire for a "just peace" with Russia "based on fundamental principles enshrined in the UN Charter", the White House said. 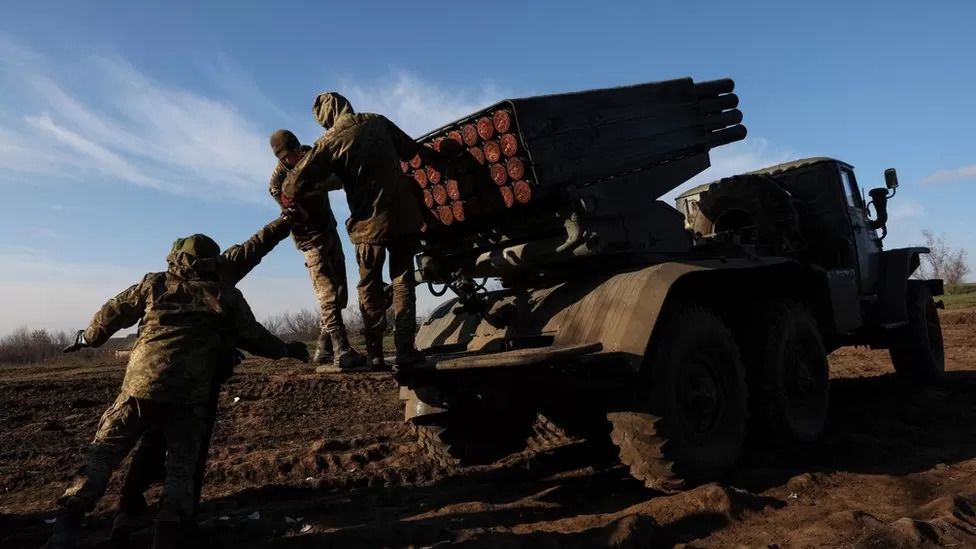 This file photo shows Ukrainian troops operating a multiple rocket launcher last week
The attack on the "Wagner HQ", in the east, came amid further fighting in southern Ukraine.

On Saturday, the Ukrainian army said it had shot down 10 drones, with another five hitting energy facilities in the port city of Odesa - leaving some 1.5 million people without power.

"The situation in the Odesa region is very difficult," President Zelensky said in his nightly video address. "Unfortunately the hits were critical, so it takes more than just time to restore electricity. It doesn't take hours, but a few days."

Key infrastructure was hit by Russia's Iran-made drones, according to Ukrainian officials.

German Chancellor Olaf Scholz is due to host an online meeting of G7 leaders on Monday, where further sanctions on Russia and Iran will be discussed.

The proposed measures would target Iran over its supply of drones to Russia, while the ninth package of Russia sanctions would place almost 200 more individuals on an EU sanctions list. 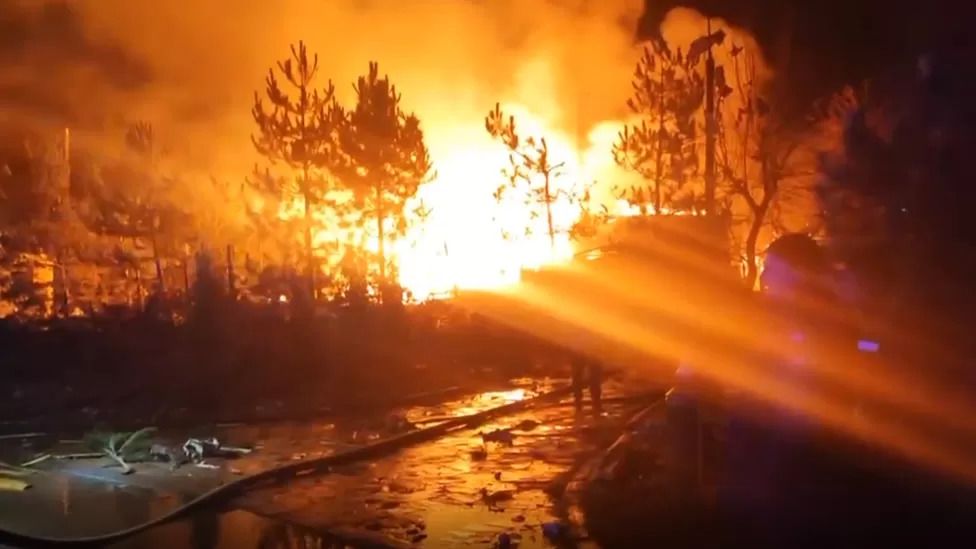 Moscow-backed authorities in Melitopol posted images of a fire

In Melitopol, pro-Moscow authorities said a Ukrainian missile attack had killed two people and injured 10. Images shared by a Moscow-installed official there showed a big fire.

He added that a "recreation centre" where people were dining had been destroyed in the attack, and that Ukrainian forces had used US-supplied Himars rocket launchers.

This weapon has played a key role in Ukraine's counter-offensive, being used to target locations away from the frontlines, including Russia's command posts.

Melitopol has been under occupation since early March and is a major logistics hub for the Russian forces in the south-east.

The city, in the Zaporizhzhia region, is strategically located between Mariupol to the east, Kherson and the Dnipro River to the west, and Crimea to the south.

Ukraine says its efforts to retake occupied territory are continuing, despite the arrival of winter.

In recent weeks, most of the fighting has taken place in the east of the country, especially around the city of Bakhmut in the Donetsk region.

But on Saturday night, Oleksiy Arestovych, an adviser to President Zelensky, indicated that Melitopol could be a main target of Ukrainian forces.

"If Melitopol falls, the entire defence line all the way to Kherson collapses," he said in an interview.

If that happened, he added, "Ukrainian forces would gain a direct route to Crimea," the peninsula Russia annexed in 2014 and that the Ukrainians have vowed to retake. 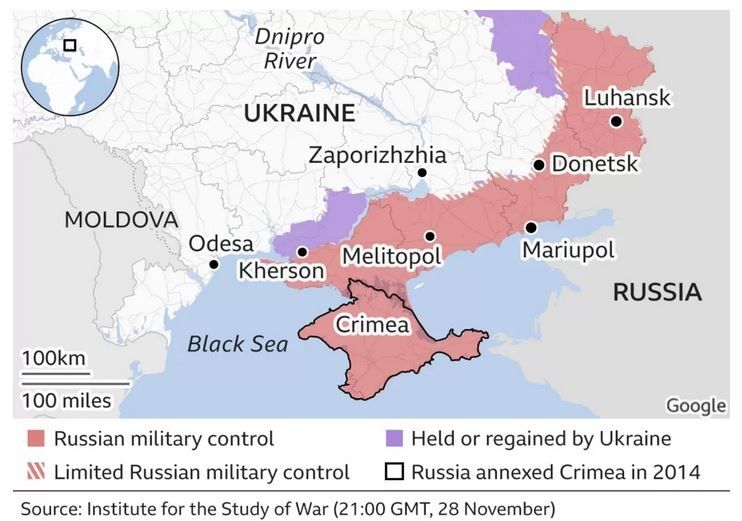