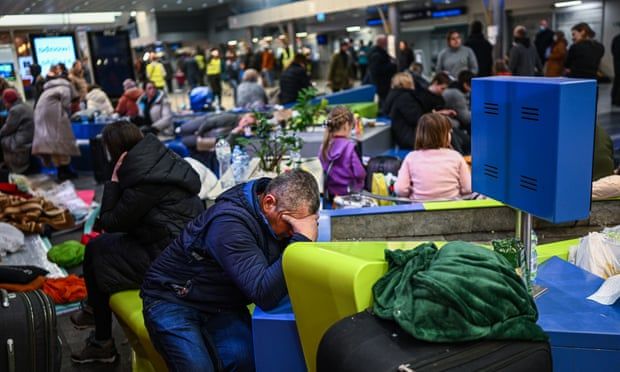 UK homes for Ukrainian refugees: how scheme is going to work

First people using route expected by end of week, and will be matched with people offering spaces in their homes

People in the UK can offer to sponsor and house people fleeing the conflict in Ukraine who have obtained a visa through a new government scheme.

So far, around 4,000 visas have been issued to Ukrainians with “tens of thousands” more expected to be provided, according to the levelling up secretary, Michael Gove. The first refugees to use the new route are expected to arrive in the UK by the end of the week, when they will be matched with people offering spaces in their homes. How will it work?

What is the scheme?

The “homes for Ukraine” programme allows individuals, charities, community groups and businesses across the UK to offer a room or home rent-free to Ukrainians escaping the war, regardless of whether they have ties to the country.

Michael Gove described it as a “national effort” on behalf of those in desperate need. The scheme follows widespread criticism of the Home Office’s slow and bureaucratic approach to the humanitarian crisis in Ukraine.

How do you apply?

The UK government is due to launch a website gathering expressions of interest from potential hosts later on Monday.

How many hosts are likely to get involved?

Gove has said he is looking into taking in a Ukrainian refugee and the actor Benedict Cumberbatch said from the Baftas red carpet that he hoped to take part in the scheme.

Asked whether he would take part, Sajid Javid, the health secretary, said on Monday he was “starting to have a conversation with my wife about that”, but committed only to helping with the refugee crisis in some way.

An Opinium poll for the Observer suggested that almost one in three Britons might be willing to invite a Ukrainian refugee to live with them: 9% said they would definitely do so, while 20% said they might.

A previous community sponsorship scheme, largely aimed at welcoming Syrians, has proven relatively slow and bureaucratic with only about 700 individuals receiving such support since 2015.

How long can refugees stay?

Members of the public can nominate a Ukrainian individual or family to stay with them for at least six months. Sponsored Ukrainians will be granted three years’ leave to remain in the UK, and will be able to work, claim benefits and access public services during this period.

Will security checks will be carried out?

This has yet to be disclosed, but Gove has said steps will be taken to ensure hosts and refugees are prevented from “abusing” the new scheme. He said security checks would establish whether people “are who they say they are” and prevent the scheme “being exploited possibly by criminal elements”, noting that this “would only ever be a tiny minority”.

The Home Office will also check that the people offering up their homes are in a position to provide that support.

A spokesperson for the National Society for the Prevention of Cruelty to Children (NSPCC) said the charity did not want to see unnecessary barriers in the process, but added that “it is vital child protection is built into every stage of the government’s and local authorities’ response to this crisis”. The NSPCC urged the government to work with the foster communities, charities and other partners “to ensure the sponsorship scheme is safe”.

Is there any compensation for hosts?

People offering accommodation to Ukrainian refugees will receive a payment of £350 a month, though this does not increase for additional people. Gove has also said local authority areas will be entitled to more than £10,000 per Ukrainian refugee using this route to the UK. Additional payments will be available to support school-age children who need to be accommodated within the education system, he said.

What have been some of the criticisms of the scheme?

The Refugee Council says the UK is not being as welcoming as EU countries, which have waived visa requirements for Ukrainians in the short term.

Its chief executive, Enver Solomon, told the Guardian the UK scheme was “effectively a managed migration route, which is not suitable to use to respond to a humanitarian crisis”.

Solomon also said the programme should be only one part of Britain’s response to the crisis, and urged the government to introduce a properly resourced programme that would enable Ukrainians to live independently in the UK, including access to healthcare and housing benefits.

Solomon and the NSPCC have also urged the government to put in place expert mental health support for hosts and guests, since many refugees will be suffering from trauma.

“It’s a bit like asking people to become foster carers without having a social worker in place. There needs to be good quality specialist support otherwise it risks relationships breaking down,” Solomon said.

There have been also concerns about the tight timeframe, with the NSPCC calling it an “ambitious turnaround”.

Are Scotland, Wales and Northern Ireland planning anything different?

The first ministers of Scotland and Wales, Nicola Sturgeon and Mark Drakeford, have said that as well as taking part in the UK-wide scheme their nations are willing to become “super sponsors” for Ukrainian refugees to speed up the process and allow large numbers to come to the respective nations more quickly.

Sturgeon has urged Westminster to waive all visa requirements for Ukrainian nationals trying to get into the UK, criticising the government’s approach so far as “beset with bureaucracy and red tape”.

In Northern Ireland, the Executive Office has strongly encouraged expressions of interest, and these can be made through an online portal due to open on Monday. 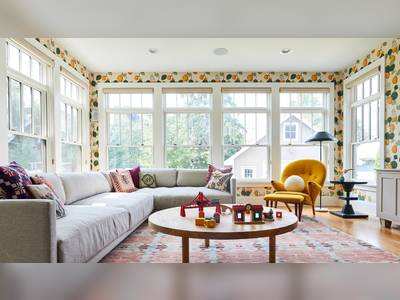