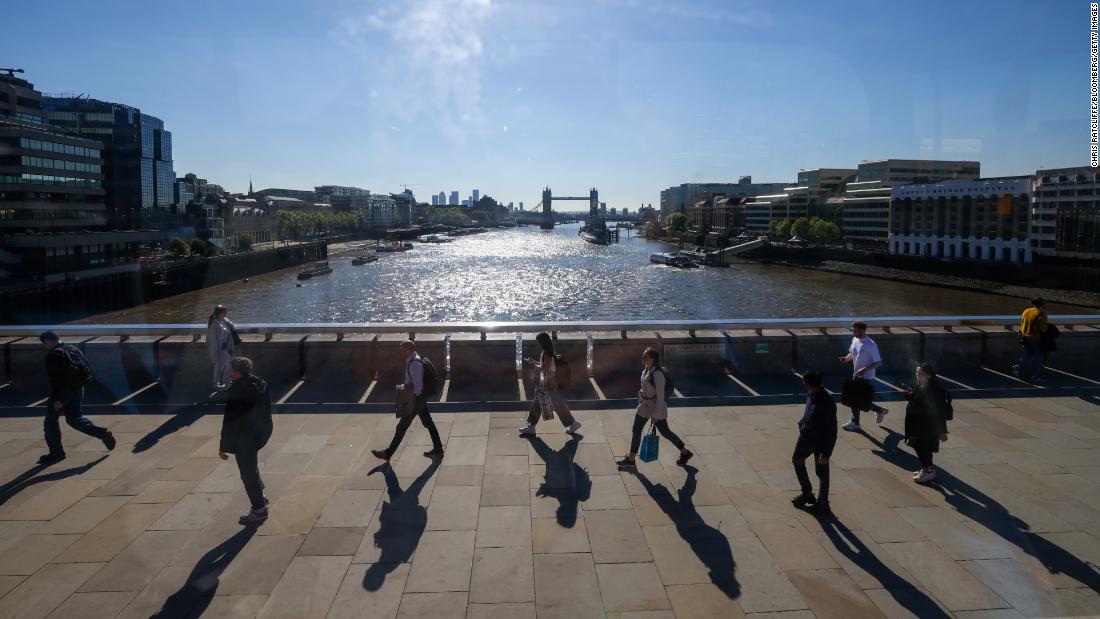 UK companies have to disclose gender pay gaps. It's not enough

Large UK companies are required to reveal their gender pay gaps. But the rules are failing to address inequality, according to a new report.

The research, by the Global Institute for Women's Leadership at King's College London and the Fawcett Society, concludes that the UK's mandatory gender pay gap reporting, which came into effect in 2017, "has no teeth" and is less effective than other global reporting systems which require a commitment to change.

They assessed the gender pay gap reporting policies of each country by scoring them against 11 indicators, including accountability, transparency and enforcement.

The UK was ranked joint last because the government doesn't mandate that employers take action to address any pay gaps reported, while Australia was ranked joint bottom because company data is anonymized after it is submitted, risking a lack of accountability, the report authors said Thursday.

Spain and France were ranked first and second respectively because of laws in those countries which mean companies can face "heavy penalties" for failing to address gender inequality. South Africa was third and Sweden fourth.

The report praises the high compliance of gender pay gap reporting in the UK but calls on the government to require employers to take "remedial measures" to close the gender pay gap, rather than just "monitoring" the figures. Without the need for action, the system "has no teeth" authors said.

What needs to be done?

The report urges the government to make it a legal obligation for companies to publish gap-reducing "action plans" and to fine those who do not report gender pay gap data.

It also says the threshold for gender pay gap reporting should be reduced from companies with 250 employees to 50, to capture more workplaces.

Rosie Campbell, director of the Global Institute for Women's Leadership at King's College London, told CNN Business that the UK's gender pay gap was at risk of becoming worse.

"You can put your gender pay gap out there, and nothing happens," Campbell said. "Whereas a lot of other [reporting] mechanisms around the world [ask for] things they're doing to help eliminate the gender pay gap, such as around parental leave."

According to the UK's Government Equalities Office, between 2017/18 and 2018/19, around half of the gender pay gaps reported by UK employers narrowed. Though, by that measure, half also either stayed the same or widened, the report authors warned.

Felicia Willow, interim chief executive at the Fawcett Society, said in a statement that more action was needed.

"Gender equality is good for business, good for our economy, and good for employees. Unfortunately, this report clearly shows just how far behind the UK is from comparable countries in reducing its gender pay gap. Reporting without action is not enough."

The Government Equalities Office said in a statement to CNN Business: "The Gender Pay Gap reporting regulations have helped to motivate employers and focus attention on improving equality in the workplace. Lots of positive work has been done by employers since the scheme began, and ONS figures show that the gender pay gap stands at a record low."