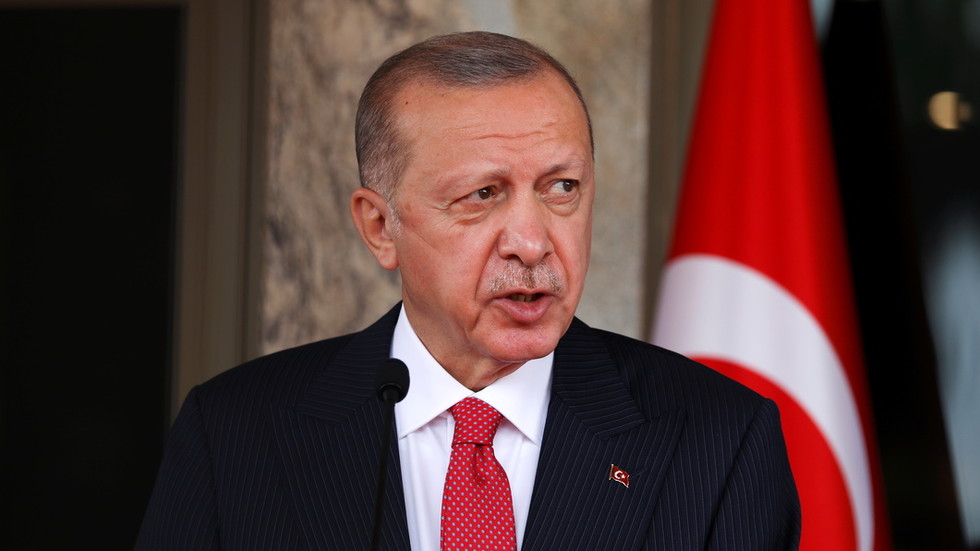 President Recep Tayyip Erdogan reportedly believes that Turkey “can’t have the luxury of housing” envoys from 10 Western nations which are opposed to the continued detention of businessman and political campaigner Osman Kavala.

The 10 diplomats were summoned this week to the Turkish Foreign Ministry over their joint statement condemning the prosecution of Kavala. He has been in custody since late 2017, fighting against a series of charges which his supporters believe to be politically motivated. The statement was signed by representatives of the US, Germany, Denmark, Finland, France, the Netherlands, Sweden, Canada, Norway, and New Zealand.

Erdogan shared his displeasure with foreign representatives during a plane trip from Africa, according to Turkish media.

“I told our foreign minister: We can't have the luxury of hosting this lot in our country. Is it for you to give Turkey such a lesson? Who do you think you are?" Erdogan was quoted as saying.

The president added that Western nations didn’t hesitate to prosecute “bandits, murderers, and terrorists” on their own soil and they should let Turkey do the same. He rejected the claim that the prosecution of Kavala cast a shadow over “respect for democracy, the rule of law, and transparency in the Turkish judiciary system.”

The statement was released to mark the fourth anniversary of Kavala’s first arrest. The man was tried and acquitted twice on charges related to the 2013 Gezi Park mass protests in Turkey and the 2016 failed coup d'etat. Orders for his release were overruled due to new charges being brought against him.

His critics, including the Turkish president, call him an agent of global NGO financier George Soros, allegedly enacting the billionaire’s sinister plans to meddle in Turkish affairs. Kavala was a board member of the now-defunct Turkish branch of Soros’ Open Society Foundation.

Supporters say Kavala is a political prisoner, who is being persecuted for his human rights campaigning and opposing Erdogan's increasingly authoritarian rule. The European Court of Human Rights last year said it saw evidence against him as insufficient and called on the Turkish judiciary to secure his release.

Turkish officials responded to the envoys’ statement with anger. Justice Minister Abdulhamit Gul said that “no ambassador can give advice to our courts or tell them to do anything.” The Foreign Ministry said the diplomats were advised to stick to their duties within the Vienna Convention on Diplomatic Relations.