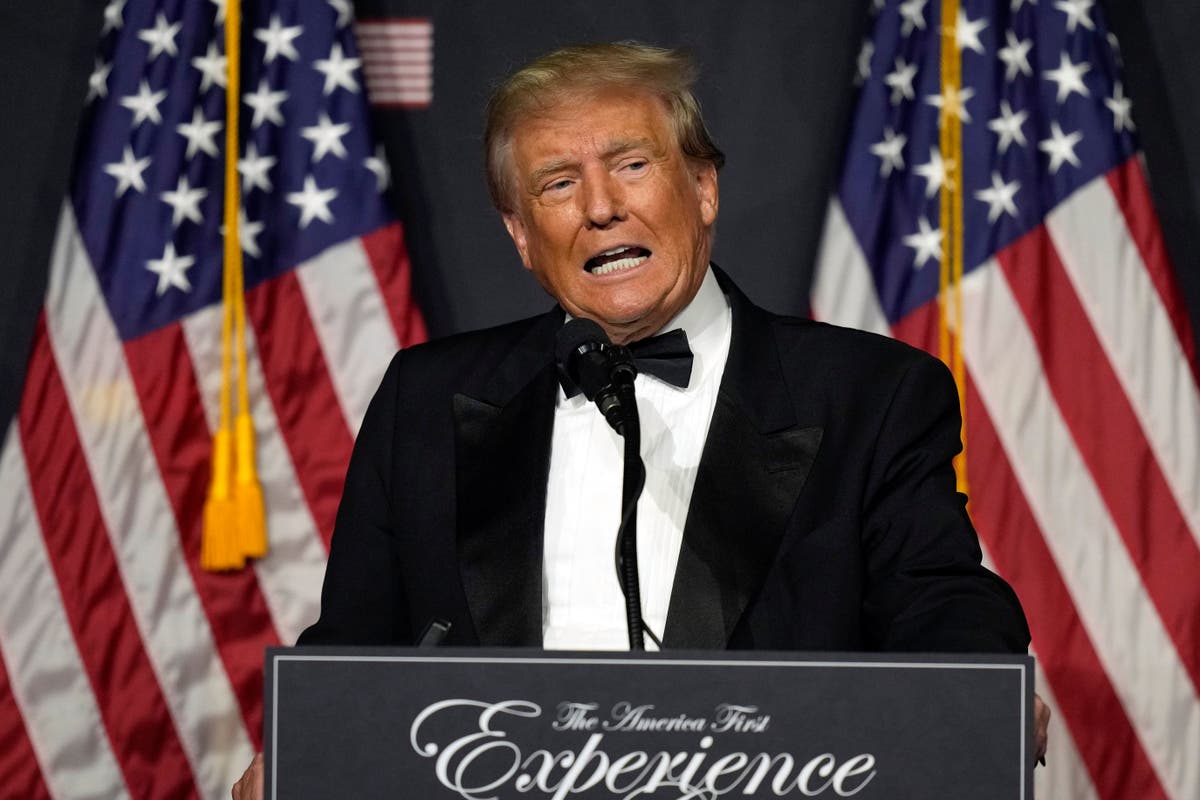 Trump condemned after calling for ‘termination’ of US constitution

The former president falsely claimed that alleged “massive and widespread fraud and deception” by Democrats and big tech companies undermined the results of the 2020 election
Donald Trump has been condemned after calling for the “termination” of the US constitution.

The former president falsely claimed that alleged “massive and widespread fraud and deception” by Democrats and big tech companies undermined the results of the 2020 election.

In a post on social media platform Truth Social, he asked: “Do you throw the Presidential Election Results of 2020 OUT and declare the RIGHTFUL WINNER, or do you have a NEW ELECTION?”

He then claimed that the alleged fraud was of such magnitude that all laws, including the constitution, should be removed.

“A Massive Fraud of this type and magnitude allows for the termination of all rules, regulations, and articles, even those found in the Constitution. Our great ‘Founders’ did not want, and would not condone, False & Fraudulent Elections!” he wrote.

White House spokesman Andrew Bates said the comments were “anathema to the south of our nation” and should be “universally condemned”.

"You cannot only love America when you win," Mr Bates said in a statement.

Democrat politician Eric Swalwell also criticised Mr Trump and questioned how Republican party members could continue referring to themselves as “constitutional conservatives” despite failing to scrutinise the remarks.

Mr Trump’s online rant began on Friday night in response to news reports that the FBI had met with Twitter and other social media companies in the run-up to the 2020 election to combat the spread of disinformation online.

The report relates to a suit filed against the Biden administration by the attorneys general of Louisiana and Missouri that accuses high-ranking government officials of working in conjunction with big tech companies to censoring online content “under the guise of combating misinformation”.
#Donald Trump
Add Comment