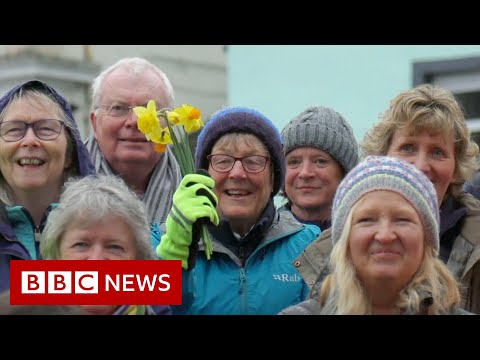 It's nearly eight weeks since Russia invaded Ukraine, forcing about four million people to flee their homes. So far only 12,000 of them have reached the UK - and that's partly down to delays in granting visas.
Residents in the town of Aberfeldy in Perthshire, Scotland, say they are making it their mission to welcome as many Ukrainians as possible.