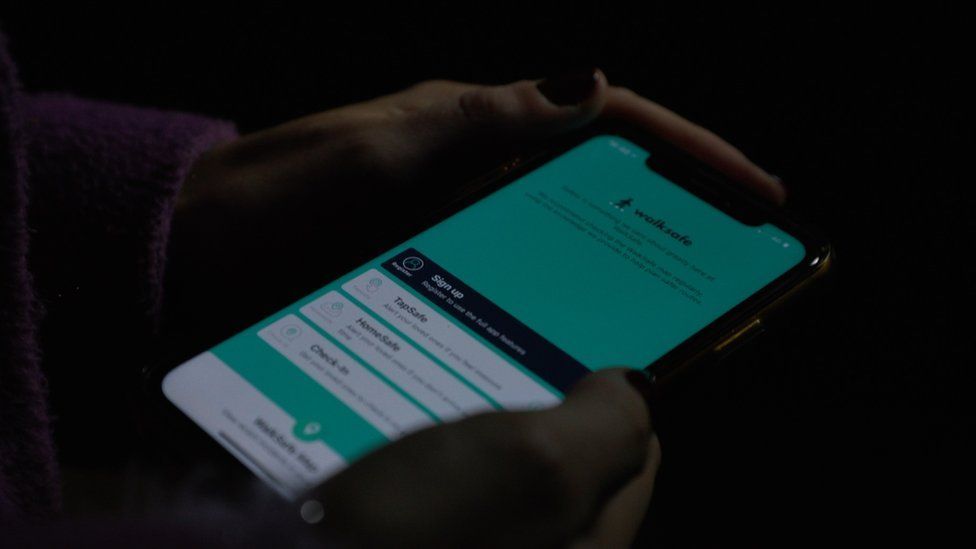 The technology helping keep women safe on the streets

Half of all women have felt unsafe at some point walking alone in the dark, according to recent figures from the Office for National Statistics.

They might call a friend, share their location on WhatsApp, or have their keys to hand - all strategies to stay secure.

Sexual harassment against females has been under the spotlight for most of this year, with women across the UK turning to their own methods to feel better when they are out at night.

So could technology play a role in making women feel safer on our streets? 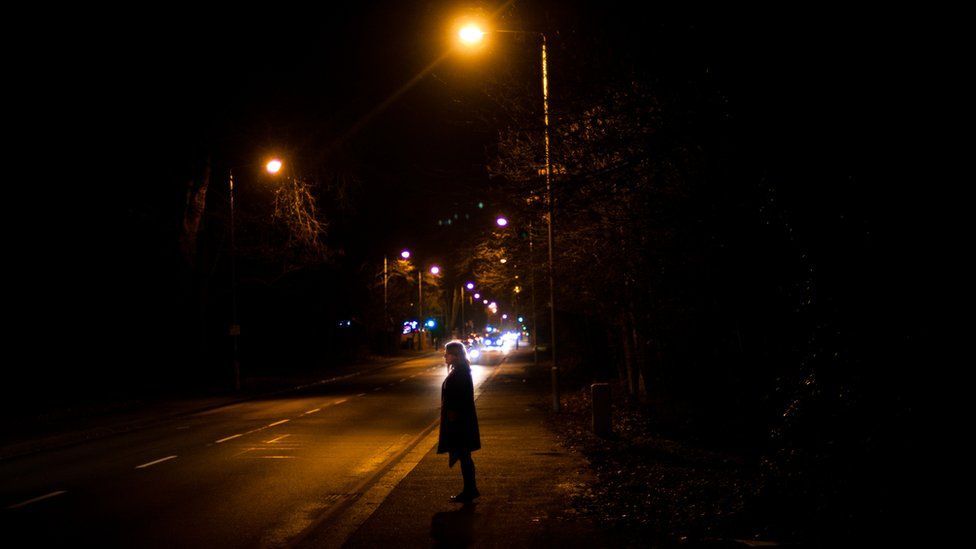 Since the murders of Sarah Everard and Sabina Nessa, the WalkSafe app has had a surge in popularity, and is now the fastest-growing safety app in the UK.

Founder Emma Kaye came up with the concept after experiencing harassment, groping and flashing.

"Our app is really bitter-sweet because, of course, we love that we're busy. However, we really wish it didn't have to exist. No-one wants to live in a world where we need a safety app, but sadly there is a place for it," she said.

WalkSafe will have a new sat-nav feature coming early next year, which will include a live map where your family and friends will be able to track your journey and chat with you in real time. For now its unique selling point is a map which allows people to plan their safest route home, by looking at recent crime data.

"We have senior ex-Metropolitan Police detectives and crime analysts comb through this data, and categorise it into areas the user would want to know about. By looking at the crime patterns, users can identify crime hotspots so they can plan safer routes."

Since launching in March this year, the app has had more than 560,000 downloads. 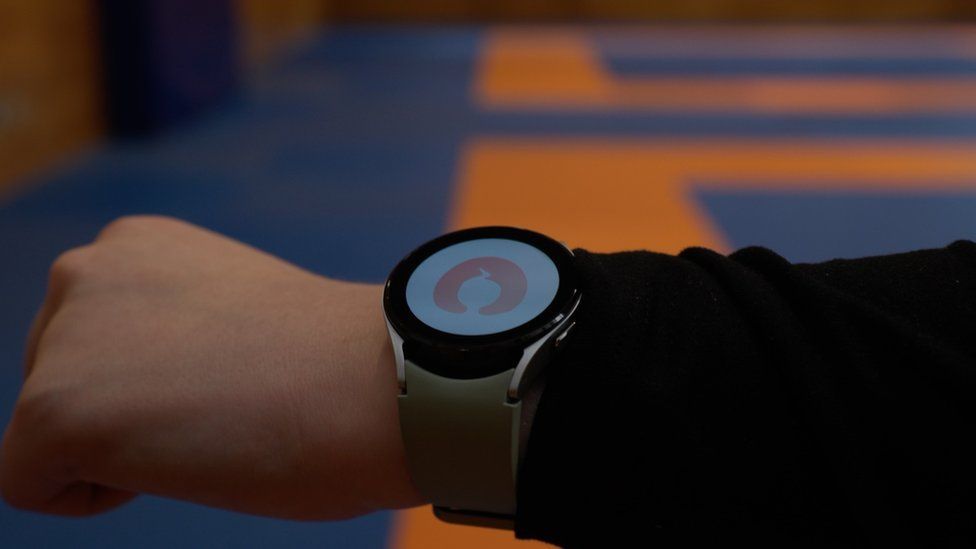 At the University of Bath, researchers are trying to solve the problem of safety products which are difficult to physically activate. They are developing a women's smartwatch app called Epowar which would automatically send alerts if it senses the user is in distress - by monitoring heart rate and body motion.

Co-founder, student E-J Roodt, said the idea came to her while jogging in a badly-lit park, and worrying about the risk of an attack.

"When I saw that smartwatches were being used to detect heart attacks I thought, well, maybe that technology could be applied to women's safety," she said.

Although the sample size is small, the app uses artificial intelligence to recognise distress, and responds if a user is attacked when walking or running alone.

Ms Roodt said: "It occurred to us that a smartwatch with this app may be a way to alert others if a woman is restrained or struggling.

"The key is that it would all happen automatically, and an assailant would have little or no time to prevent this - which is not always possible with conventional panic buttons, rape alarms or your mobile phone." 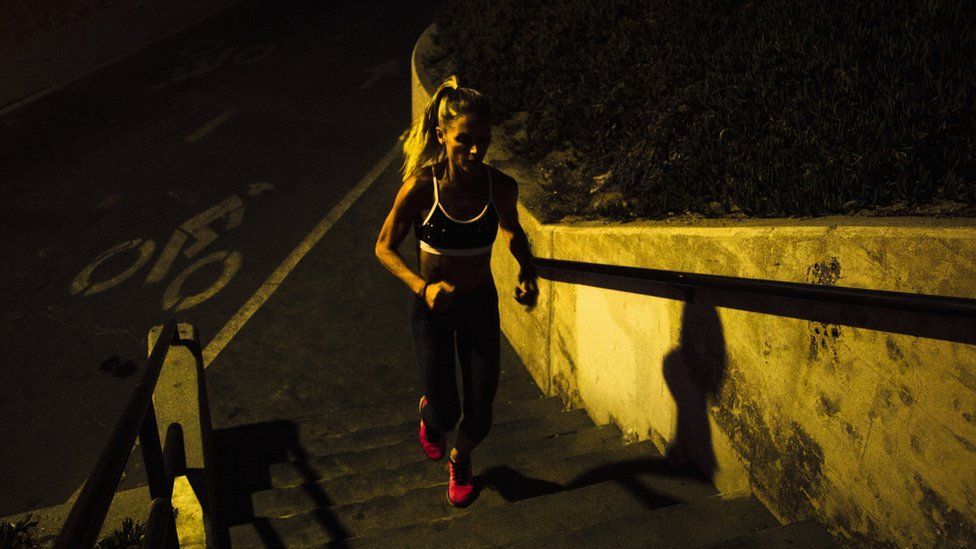 Founder of the bSafe app for smartphones, Rich Larsen, believes his technology could help bring about prosecutions.

It has an emergency alarm feature which is voice-activated. It then automatically starts live-streaming video and audio to chosen contacts, and records everything that is happening.

Mr Larsen said: "These recordings could be used in evidence in court cases - like rape - which are often hard to prove."

The features of the app are based on the experience of his daughter, Charlen, who was raped. Charlen - who's waived her right to anonymity in order to speak out on the issue - thinks if she had had bSafe, she wouldn't have had to struggle as much with the guilt and shame she felt.

bSafe has also been of interest to other app companies. Mr Larsen said: "We are currently developing a API-platform so we can easily implement these features in other apps."

In July the Home Office launched a £5 million fund to help improve the safety of women in public spaces at night. Some of the successful bids include initiatives involving technology.

For example, police in Bristol are using new kits to test whether drinks have been spiked in nightclubs.

Cheshire police are improving current call handling technology to provide an instant visible and reassuring response to a female calling for support.

West Yorkshire Combined Authority is promoting access to an online link with safety information for women on public transport, such as bus tracking, so there is no longer a need to stand alone at a bus stop. 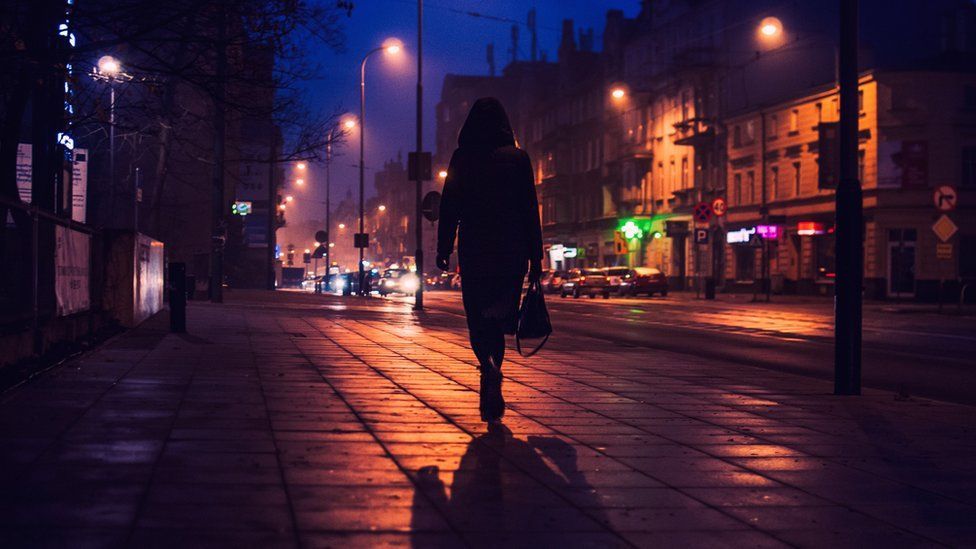 Technology can also be misused by those seeking to harm or frighten people. So, for instance, the same technology that allows you to find your lost smartphone can be used by someone wanting to track or stalk someone.

Paladin, the national anti-stalking advocacy service, says tech firms need to do more to protect victims if tech is misused.

Rachel Horman-Brown, chairwoman of the charity, said: "Many victims are tracked and monitored through their phones or tablets by spyware.

"So actually stalkers don't even need to physically get a tracking device on the victim to be able to monitor them.

"Spyware is concerning as it can enable a stalker to switch on the camera on a victim's mobile phone, so that they can see and hear what is happening. They can also read and send text messages from the victim's phone, as well as tracking their whereabouts." 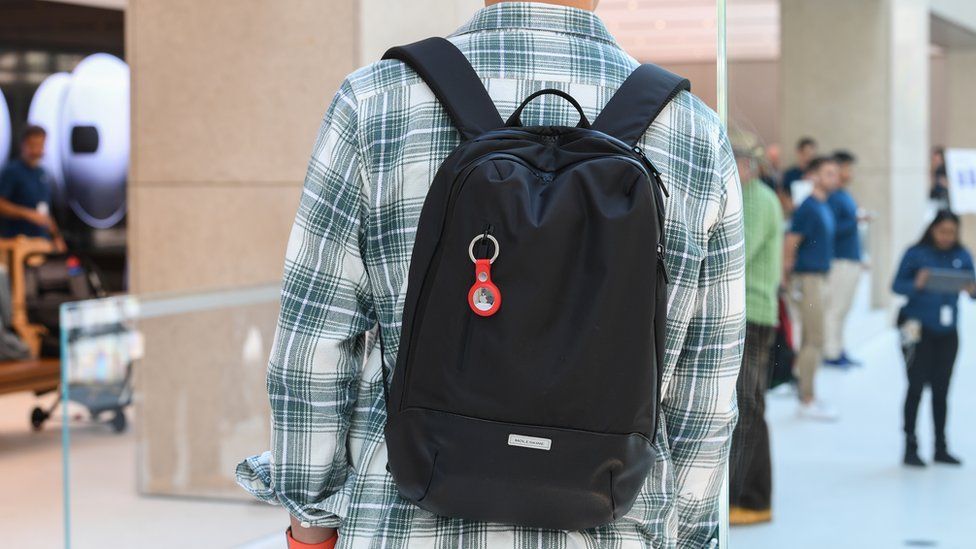 The proliferation of tracking devices, like Apple AirTags or The Tile, which help you find your wallet, keys or luggage, has also led to an increase in fears of stalking.

"These small inexpensive tags can potentially make it very easy for a stalker to hide one in the victim's car or personal possessions, and then be able to track their victim's whereabouts," said Ms Horman-Brown.

Farah Nazeer, chief executive at Women's Aid, believes the issue of safety cannot be solved by tech alone: "Whilst technology - such as safety apps on phones and smartwatches - can play a role in helping women feel safer on the streets, these interventions are temporary sticking plasters, which ignore the real cause of male violence against women.

"Women feel unsafe on our streets, not because of a lack of street lighting or safety apps, but because of the culture of sexism and misogyny, which makes violence against women and girls all too common. It must not be tolerated any longer.

"Far too many women continue to tell us that their experiences at the hands of violent men are belittled, disbelieved and dismissed by police and the criminal justice system - the very services that are supposed to protect us.

"We must focus on challenging the sexist attitudes that are deeply rooted in these services and systems, so that women can walk home feeling confident that they are safe and protected."