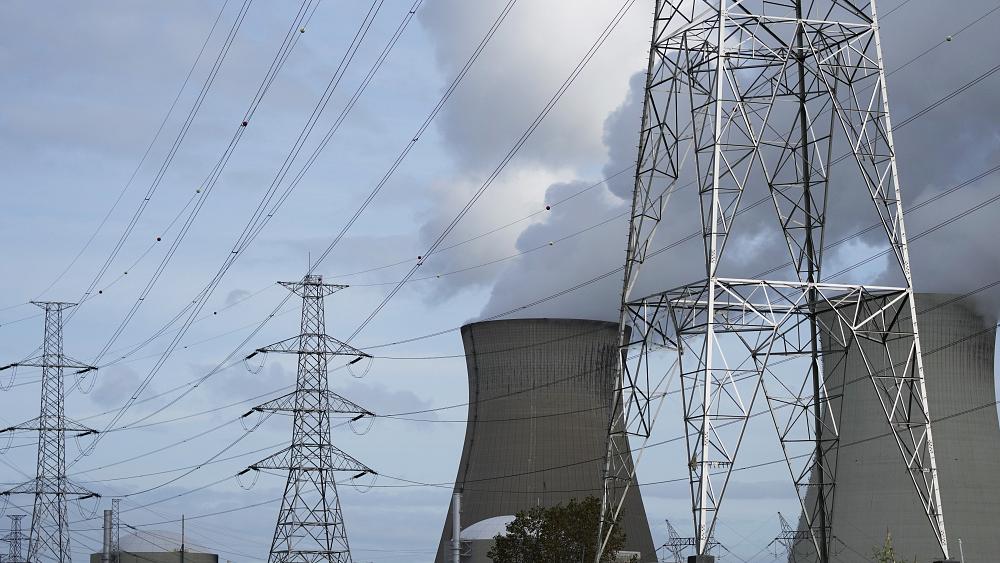 The member states argue the current energy crunch, which has sent electricity prices soaring, makes the case for nuclear as an affordable, low-carbon energy source.
A group of ten EU countries, led by France, have asked the European Commission to recognise nuclear power as a low-carbon energy source that should be part of the bloc's decades-long transition towards climate neutrality.

Tapping into Europe's ongoing energy crunch, the countries make the case for nuclear energy as a "key affordable, stable and independent energy source" that could protect EU consumers from being "exposed to the volatility of prices".

The letter, which was initiated by France, has been sent to the Commission with the signature of nine other EU countries, most of which already count nuclear as part of their national energy mix: Bulgaria, Croatia, Czech Republic, Finland, Hungary, Poland, Slovakia, Slovenia and Romania.

Nuclear plants generate over 26% of the electricity produced in the European Union.

"The rise of energy prices have also shown how important is it to reduce our energy dependence on third countries as fast as possible," says the letter, as seen by Euronews.

Over 90% of the EU's natural gas come from foreign importers, with Russia as the main producer. This great dependency has been credited as one of the main factors behind the rise in energy prices.

"Supply tensions will be more and more frequent and we have no choice but to diversify our supply. We should pay attention not to increase our dependency on energy imports from outside Europe."

The signatories urge the Commission to include nuclear energy inside the EU green taxonomy, a technical guidebook that helps governments and investors to identify which projects respect the Paris Agreement and which ones are in breach of its climate goals.

Activities that fall under the taxonomy have to make a "substantial contribution" to at least one environmental objective of the EU's climate policy while avoiding significant harm to any of the others. Moreover, taxonomy-aligned projects have to comply with a minimum set of social safeguards.

The Commission has already classified a vast catalogue of sectors under the guidebook, such as solar energy, geothermal, hydrogen, wind power, hydropower and bioenergy. But when Brussels introduced the taxonomy back in April, one sector was conspicuous by absence: nuclear energy.

Despite the urgency to combat climate change, member states are still unable to reach a consensus on whether nuclear constitutes a green or dirty energy source. The Commission has postponed the crucial decision to let countries conclude the debate.

On the one side, Germany, which plans to shut down all its reactors by 2022, is leading the anti-nuclear cause, together with Austria, Denmark, Luxembourg and Spain.

"We are concerned that including nuclear power in the taxonomy would permanently damage its integrity, credibility and therefore its usefulness," they wrote in July.

On the other side, France, which obtains over 70% of its electricity from nuclear stations, is fighting to label nuclear as sustainable under the taxonomy. As shown by the new letter, Paris has the backing of several Eastern states, which have already earmarked millions for nuclear projects.

"While renewable energy sources play a key role for our energy transition, they cannot produce enough low-carbon electricity to meet our needs, at a sufficient and a constant level," the letter says, describing nuclear power as a "safe and innovative" sector with the potential of sustaining one million high-qualified jobs "in the near future".

A report from the Commission's research unit released earlier this year indicates Brussels could eventually side with the pro-nuclear team. The paper says greenhouse gas emissions from nuclear plants are "comparable" to those released by hydropower and wind, an assessment shared by the International Energy Agency (IEA) and the United States Department of Energy.

Critics, however, argue the resulting radioactive waste is harmful to human health and the environment. "Nuclear power is incredibly expensive, hazardous and slow to build," says Greenpeace. Detractors are concerned about potentially disastrous nuclear accidents, similar to those of Chernobyl in 1986 or Fukushima in 2011, which are still deeply rooted in the collective imagination.

The debate shows no sign of an early resolution. The Commission says a decision around nuclear is expected before the end of the year, although, given the profound disagreements, it might spill over into next year. In January, France will take over the Council's rotating presidency, giving Paris a privileged position to influence the Brussels agenda.

In the meantime, the EU institutions have kicked off negotiations around Fit For 55, a massive legislative package designed to cut the bloc's emissions by at least 55% before the end of the decade. Fit For 55 is considered one of the most radical and far-reaching proposals in the EU's history.

Together, the ten signatories of the letter would be able to form a blocking majority in the Council by preventing their peers from reaching the necessary threshold of 65% of the total EU population.
Add Comment