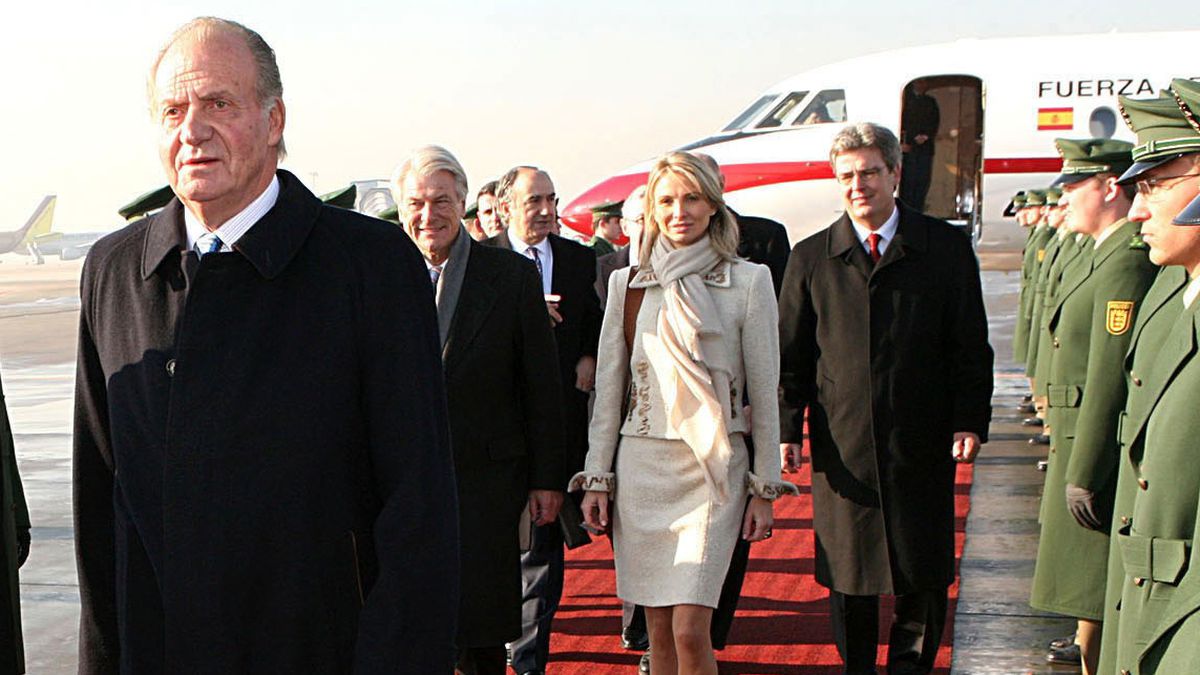 A Swiss investigation has just been shelved, making the former monarch’s situation a little clearer, but he is still facing three probes by prosecutors at the Supreme Court

The cloud of legal woes hanging over Spain’s emeritus king Juan Carlos I is starting to clear away. On Monday, the Swiss justice system shelved an investigation into a $100 million (€65 million) payment that was made in a secret account at the Swiss bank Mirabaud & Cie, which the former monarch received in August 2008, when he was still head of state. This money was transferred on orders of the Saudi Arabian finance minister to an account belonging to Juan Carlos I in the name of a Panamanian foundation called Lucum.

The shelving of the three-year probe, led by Swiss prosecutor Yves Bertossa, puts a definitive end to the court proceedings faced by Juan Carlos in Switzerland. Although the former monarch was not under investigation, he could have been called to testify.

Since 2018, the Geneva public prosecutor’s office has been investigating alleged kickbacks for the contract to build the AVE high-speed rail link to Mecca, in Saudi Arabia. In the court document to shelve the case, Bertossa stated that there was not enough evidence to link the $100 million payment from Saudi Arabia to Juan Carlos to the decision to award the contract to a Spanish consortium, nor to the fact that the consortium lowered its bid price by 30%.

However, in the court document, Bertossa also noted that there was a desire to “hide” the identities of the recipients and senders of the money – via Lucum foundation – from the Swiss bank Mirabaud & Cie, which opened the account where the $100 million transfer was made.

This lender has also been fined €48,000 for not informing the Money Laundering Reporting Office Switzerland (MROS) about two additional payments that were received by Juan Carlos’ former lover, Corinna Larsen: one for $5 million (€4.4 million), which she received from the National Bank of Kuwait, and another $2 million (€1.7 million) transfer from Bahrain. Larsen, a Monaco-based businesswoman who continues to use her German ex-husband’s aristocratic title, zu Sayn-Wittgenstein, received these payments shortly after Juan Carlos made official visits to both countries.

The scandal into these and other financial irregularities prompted Juan Carlos to move to Abu Dhabi, where he has been living since August 2020. Sources close to the former monarch indicate that he is keen to return to Spain, but this is unlikely to happen until all pending legal issues are resolved.

With the Swiss case shelved, Juan Carlos is now waiting for prosecutors from the Spanish Supreme Court to decide on how to proceed on three probes into allegations of tax fraud and other offenses involving international businesses. But it is likely that these investigations will also be shelved given that some of the crimes being investigated have clearly exceeded the statute of limitations, while others concern actions that dated from before 2014, when Juan Carlos enjoyed immunity thanks to his status as reigning monarch. With respect to alleged undeclared gifts, the former monarch filed two tax regularizations in December 2020 and February 2021, meaning this case can no longer be pursued in the courts.

If these investigations are also shelved, the only case remaining against Juan Carlos will be a civil lawsuit filed by Larsen over alleged harassment, illegal monitoring and libel.

Here is an explainer of the legal issues facing Spain’s emeritus king.

What was the Swiss prosecutor Yves Bertossa investigating?

Bertossa was investigating an alleged kickback payment of $100 million to Juan Carlos in 2008, for the contract to build the AVE high-speed rail link to Mecca, which was awarded to a Spanish consortium. Bertossa discovered that the consortium reduced its offer for the final stage of the project by 30%. The Swiss prosecutor was trying to ascertain whether three individuals – Larsen, who received an alleged $100 million donation from the former king in 2012; Arturo Fasana, the business manager for Juan Carlos who managed the Swiss bank account; and the lawyer Dante Canónica, the director of Lucum foundation – were guilty of money laundering. The bank Mirabaud & Cie was also investigated as a legal entity. The punishment for this crime is up to five years in prison.

Why was Juan Carlos not among those investigated?

Although the probe centered on a $100 million payment received by Juan Carlos, the emeritus king was not under investigation. Nor was he called to testify as a witness. According to sources close to the case, the possibility that Juan Carlos enjoyed immunity as reigning head of state during the period when the transfer was made influenced the Swiss prosecutor’s decision.

Was the $100 million in the Swiss bank account declared to the Spanish Tax Agency?

No, the money was not declared. Fasana, who managed the bank account and has been linked to other corruption cases including the infamous Gürtel kickbacks-for-contracts scheme in Spain, told Bertossa that 80% of his clients do not declare the money they keep in Switzerland. The Swiss bank also did not ask Juan Carlos if he had declared the funds, nor demanded that he do so.

Why has the case been shelved?

The Swiss prosecutor maintained that the three individuals under investigation – Larsen, Fasana and Canónica – were interested in hiding the payment, which is why it was made to a foundation based in Panama. Bertossa found that no proper explanation was given for the $100-million transfer, nor the other payments from Bahrain and Kuwait. But he recognized that the investigation, despite multiple testimonies from the three and the proceedings carried out, could not prove that the $100 million payment received by Juan Carlos I from the Saudi finance minister was a kickback for the contract to build the AVE rail link.

What cases are pending against Juan Carlos in Spain?

Prosecutors from the Spanish Supreme Court must soon decide how to proceed with three investigations that involve Juan Carlos I.

The first probe is into the possible payment of kickbacks for his role in securing a contract from Saudi Arabia that was awarded to a Spanish consortium of countries to build a high-speed AVE train link to Mecca. The second is an investigation into the alleged use of funds from a Mexican businessman, a friend of Juan Carlos’s, via a frontman. And the third concerns the former monarch’s alleged link to a trust in Jersey, in the Channel Islands, which he has denied. All three probes have been extended for six months, as Spanish investigators await information requested of Swiss prosecutors to be delivered.

What other investigations outside of Spain is Juan Carlos facing?

Corinna Larsen has filed a lawsuit against Juan Carlos in London for alleged harassment, illegal monitoring and libel. The Monaco-based businesswoman, who used to be romantically involved with Juan Carlos, has asked for an injunction restraining the emeritus king from contacting her, following her, defaming her or coming within a distance of 150 meters of her.

At the end of December 2020, Larsen detailed the harassment that she claims to have suffered as part of her lawsuit, attributing the events to Juan Carlos I directly or to figures acting in his name. These included Félix Sanz Roldán, the former director of Spain’s CNI secret services. Larsen argued that the behavior was designed to persuade her to return a €65 million gift that Juan Carlos had transferred to her “irrevocably” in 2012, or to restart their relationship.

In the extensive lawsuit, the businesswoman related the alleged threats, electronic surveillance and monitoring that she claims she and her team of consultants were subjected to, as well as the series of allegations that were aimed at her. The consequences of all of this, according to the legal filings, were anxiety and distress that have required medical treatment, led to the deterioration of her relationships with her children and other relatives, and the loss of many of her wealthy clients.

But whether or not this case prospers depends on whether Juan Carlos – as his lawyer argues – still enjoys immunity against prosecution as a “sovereign.”