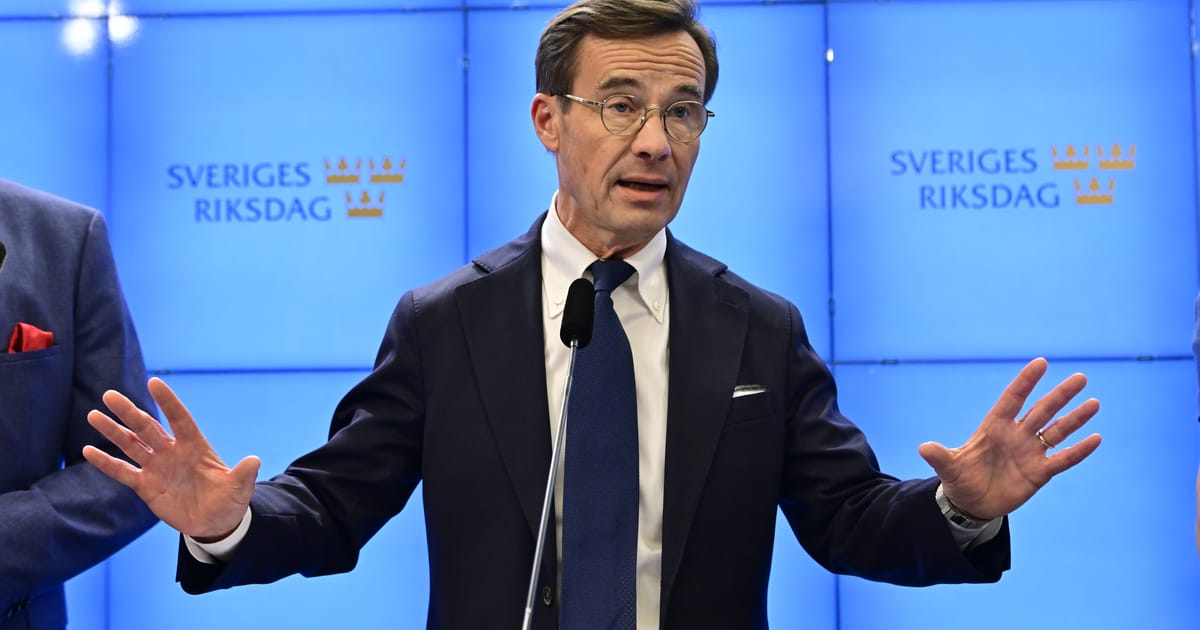 Ulf Kristersson will head a three-party government with additional support from the far-right Sweden Democrats.

The number of asylum seekers allowed to enter Sweden will be reduced, the amount of international aid the country will provide will be cut and its aspirations to be a trailblazer in the global shift to renewable energy will be tempered, Kristersson told reporters in parliament.

Kristersson, the narrow victor at a general election on September 11, said his new government will be made up of his Moderate Party and two other center-right parties, the Christian Democrats and the Liberals.

The far-right Sweden Democrats (SD) were shut out of the government, but will provide the parliamentary support Kristersson will need to become prime minister and to make his policy and spending plans a reality.

The cost of shutting out SD, which has roots in 1990s neo-Nazi groups, while securing its parliamentary support was high in policy terms.

The new government’s plan — dubbed “An agreement for Sweden” — was heavily influenced by SD’s election promises in areas from welfare to law and order to energy.

Punishments for serious and organized crime are to be increased, more nuclear power stations are to be built and social security payments to those made redundant will not be cut.

But it was arguably when it comes to Sweden’s role on the international stage that the views of SD can be most keenly felt: The number of asylum seekers the Nordic country will accept is to be cut to the EU minimum and a previous goal to allot 1 percent of gross national income to international aid is set to be scrapped.

In essence, Sweden’s days of aspiring to be a “humanitarian superpower” are over.

Kristersson said that compromise with SD and his other allies had been necessary in order to create the new government he believed Sweden needed.

“We have done what we said during the election campaign,” Kristersson said. “We have reached an agreement which we believe is good for Sweden.”

Parliament will vote on Kristersson’s candidacy to be prime minister on Monday, with Friday’s deal paving the way for him to win that vote 176 to 173. He is expected to announce his ministerial team on Tuesday and his budget for 2023 within the following weeks.

Once installed, the new government will face a series of domestic challenges from spiking energy prices to rising gang crime.

On the international stage, Sweden takes over the presidency of the Council of the EU in January from the Czech Republic and the government will need to reconcile the anti-EU tendencies of SD with the pro-Europe leanings of the wider government before then.

Sweden is also in the late stages of negotiating its entry into NATO alongside Finland. Kristersson has left the outgoing Social Democratic government’s key negotiator Oscar Stenström in place to smooth that process.

Critics were quick to suggest that the inbuilt tensions within the new government and its support party SD will make maintaining government stability difficult over the course of a four-year mandate.

Analysts note that, at any point, SD can team up with the Social Democrats and create a majority on any policy in parliament, giving SD powerful leverage over the new coalition.

However, if SD pushes too hard, the government may fold, allowing the Social Democrats back into power and robbing SD of its current influence.

On Friday, Kristersson, a former minister of social affairs who became Moderate Party leader in 2017, was positive about the task ahead and the agreement the new government had struck.

“I am not saying this is going to be easy, but the shared values we have in important questions is a strong foundation to stand on,” he said.