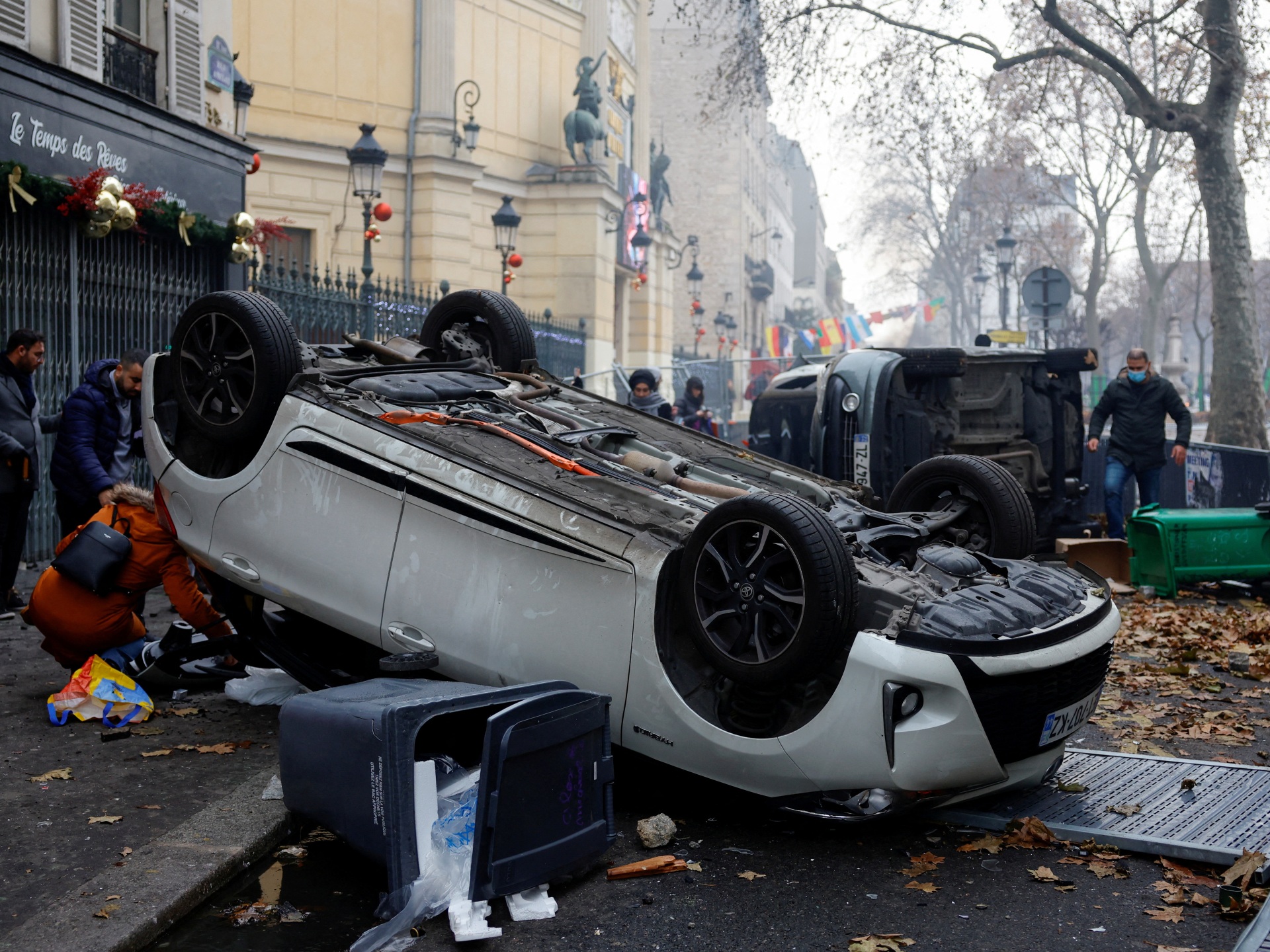 A French man suspected of killing three people in an attack at a Kurdish cultural centre in Paris has been transferred to a psychiatric unit, according to prosecutors.

Prosecutors said on Saturday that the 69-year-old suspect had been removed from custody for health reasons on the same day and taken to a police psychiatric facility.

The shots at the cultural centre and a nearby hairdressing salon on Friday sparked panic in the city’s bustling 10th district, home to several shops and restaurants and a large Kurdish population.

Three others were wounded in the attack that the suspect told investigators was attributable to his being “racist”, a source close to the case told the AFP news agency.

The Paris prosecutor said a doctor examined the suspect’s health on Saturday afternoon and deemed it “not compatible with the measure of custody”.

The man’s custody was lifted and he was taken to a police psychiatric unit pending an appearance before an investigation judge as the probe continues, the prosecutor added.

Earlier on Saturday, the Paris prosecutor had extended the suspect’s period of detention for 24 hours and gave an extra charge of acting with a “racist motive”.

He was already being held on suspicion of murder, attempted murder, armed violence and violating weapons legislation.

The suspect, who has a history of racist violence, initially targeted the Kurdish cultural centre before entering a hairdressing salon where he was arrested.

Of the three wounded people, one was being given intensive care in hospital and two were treated for serious injuries.

According to the Kurdish Democratic Council in France (CDK-F), the dead included one woman and two men, AFP said.

The woman killed, Emine Kara, was a leader of the Kurdish Women’s Movement in France, the organisation’s spokesman Agit Polat said. Her claim for political asylum in France had been rejected.

The other victims were Abdulrahman Kizil and Mir Perwer, according to the CDK-F.

Thousands of Kurds gathered at the Place de la Republique square in central Paris on Saturday afternoon where they held a minute of silence for the three killed and those “who died for freedom”.

Police fired tear gas after clashes erupted and the demonstrators threw projectiles at officers. AFP said at least four cars were overturned and one was burnt.

The capital’s police chief Laurent Nunez told BFM television channel that 31 officers and one protester were injured in the disturbances, while 11 people were arrested, “mainly for damage”.

Over 1,000 people held a similar rally in the southern port city of Marseille that ended in clashes with officers and at least two police cars were set on fire.