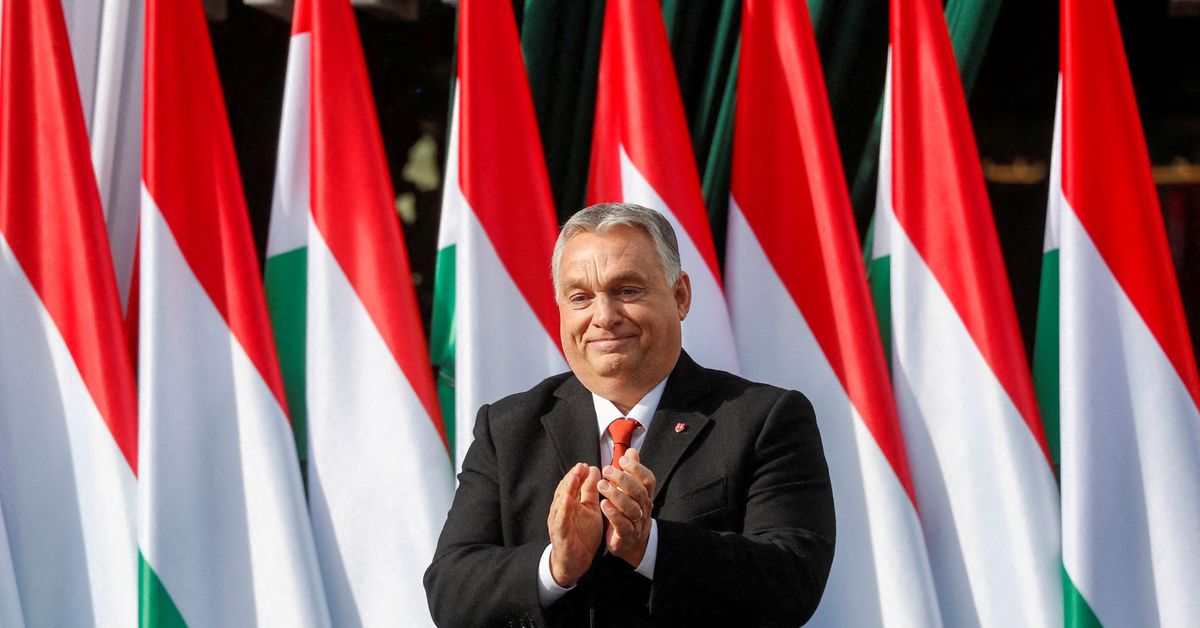 Some EU lawmakers oppose release of funds to Hungary's Orban

Some European Union lawmakers warned the bloc's executive Commission against unlocking billions of euros in funds for Hungary, saying Prime Minister Viktor Orban was trampling on democratic norms.
The Brussels-based European Commission is expected next week to endorse giving to Hungary funds worth as much as a tenth of the country's estimated 2022 GDP after Budapest moves to improve anti-graft safeguards and the independence of its judiciary.

Orban has clashed bitterly with the EU over democratic norms, as the Hungarian leader tightened restrictions on NGOs, media, academics and judges and cracked down on the rights of migrants and gays.

Lawmakers representing the Socialist & Democrats faction in the European Parliament, as well as those with the liberal Renew and the Greens said the latest changes were nowhere near enough to ensure a sound democracy in Hungary.

"The Hungarian government is not respecting the rule of law," said Eider Gardiazabal Rubial, a Spanish member of the S&D. "The correct decision is to approve the freezing of the funds."

Sophia in 't Veld, a Dutch liberal, said Orban was blackmailing the EU by blocking joint decisions requiring unanimity, from a minimum global corporate tax to 18 billion euros of planned support for Ukraine to help it fight Russia.

"We see horsetrading with our values," she told the chamber.

Daniel Freund, a German Green and former Transparency International activist, said: "Money must be frozen once and for all, it's the only language Orban understands."

A speaker for the EU parliament's largest group, the centre-right European People's Party, was less outspoken. A member of the European Conservatives and Reformists group - where Orban's Fidesz sits - has backed Budapest in its fights with the bloc.

The heated missives, however, are not likely to derail what EU sources told Reuters was a looming approval of funds totalling as much as 14.7 billion euros ($15 billion).

Speaking for the executive, European Commissioner for Justice Didier Reynders said progress had been made in negotiations between Brussels and Budapest in recent months.

While Orban may not get all of the money unlocked, he would likely win the Commission's conditional approval for some 7.2 billion euros earmarked for Hungary from the bloc's stimulus fund to help economies heal from the COVID-19 pandemic.

The Commission is also expected to suggest lowering from 7.5 billion euros - or 65% of development funds envisaged for Hungary in the coming years - penalties over corruption. ($1 = 0.9770 euros)
#Viktor Orban  #COVID-19  #Covid
Add Comment