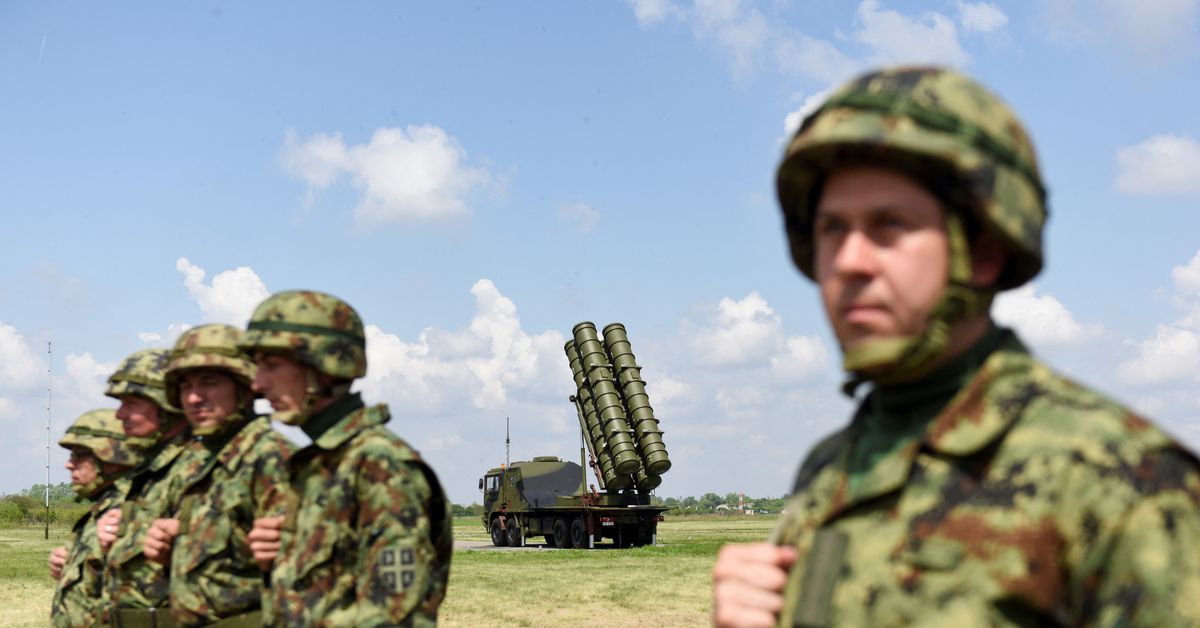 Serbia on Saturday showed off its new Chinese-made surface-to-air missiles and other military hardware purchased from both Russia and the West, as the country seeks to perform a delicate balancing act over Moscow's invasion of Ukraine.

Members of the public and the media were invited to the display at the Batajnica military airfield near Belgrade, where Chinese and French missiles were lined up beside Airbus (AIR.PA) helicopters, Chinese-armed drones and Russian MIG-29 jets.

Serbia is striving to balance its partnership with NATO and aspirations to join the European Union with its centuries-old religious, ethnic and political alliance with Russia.

The Chinese FK-3 surface-to-air defence system, similar to Russia's S-300 or the U.S. Patriot system, was purchased by Belgrade in 2019 and delivered earlier this month.

Serbia is currently the only European country to operate the Chinese missile system and CH-92A combat drones.

"We're going to significantly strengthen our fighter air force ... Serbia is a neutral country and Serbia must find solutions enabling it to preserve its sky and its state."

The delivery of the FK-3 missile system prompted several Western countries, including Germany, to warn Belgrade it expected the Balkan country to align its foreign policy with the EU if it wanted to become a member.

Belgrade has voted against Russia three times at the United Nations but stopped short of imposing sanctions against it.

Serbia's military is loosely based on ex-Soviet technology and Russia is one of its main suppliers. Belgrade is also dependant on natural gas and oil supplies from Russia.

Vucic said Serbia expects to purchase 12 Rafale multipurpose fighter jets from France by the end of the year or early next year, a move seen by political analysts as a sign of Belgrade distancing itself from Russia.

He said Serbia is also negotiating to buy 12 Typhoon combat aircraft from Britain.