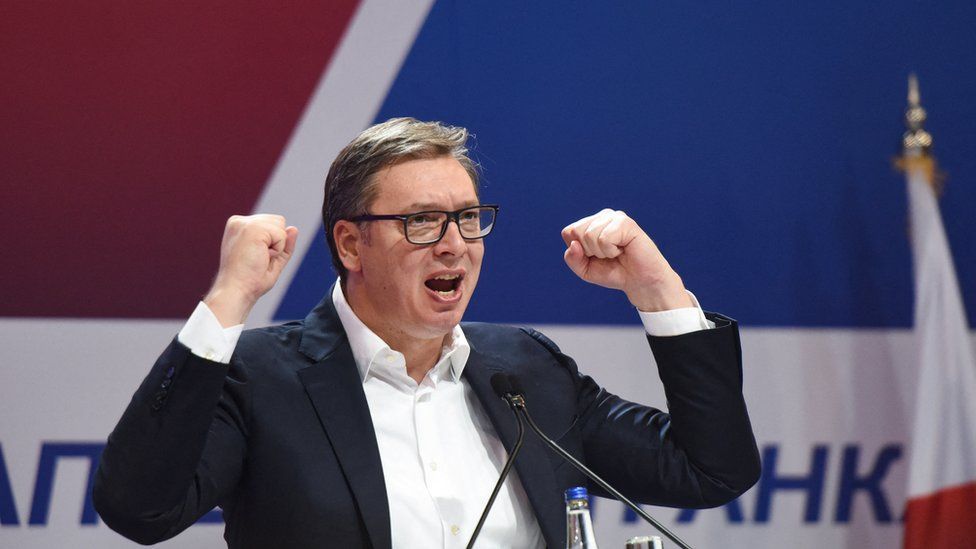 It may not be the first time that a household fridge has made a prominent appearance in an election campaign.

But when Serbia's president emerged in a couple's kitchen in a promotional video, it raised hackles as well as eyebrows.

With barely a shiver, Aleksandar Vucic proceeded to reel off a list of his Progressive Party's achievements during their decade in power.

The ad was supposed to poke fun at the president's critics.

They complain that Mr Vucic is ubiquitous and they did not see the funny side.

As far as Serbia's opposition parties are concerned, the president's frequent - and usually positively framed media appearances - are evidence of an unhealthy relationship between the Progressive Party and the country's most popular newspapers and broadcasters.

They say that makes it hard to challenge a party that has won the last four parliamentary elections, and is looking for a hat-trick of presidential victories in Sunday's elections.

"The regime is in absolute control of the media," complains Borko Stefanovic, deputy leader of the centre-left Party of Freedom and Justice.

Election monitor CRTA reports that representatives of the government have gained two-thirds of national TV coverage during the election campaign - and three-quarters of the airtime on news programmes. The Serbian office of anti-corruption organisation Transparency International refers to "the media dominance of Aleksandar Vucic and his [candidate] list".

The monitors complain that Mr Vucic has blurred the lines between his presidential duties and campaign activities. They cite as an example the opening in March of the first section of a new, high-speed rail line between Belgrade and Budapest. 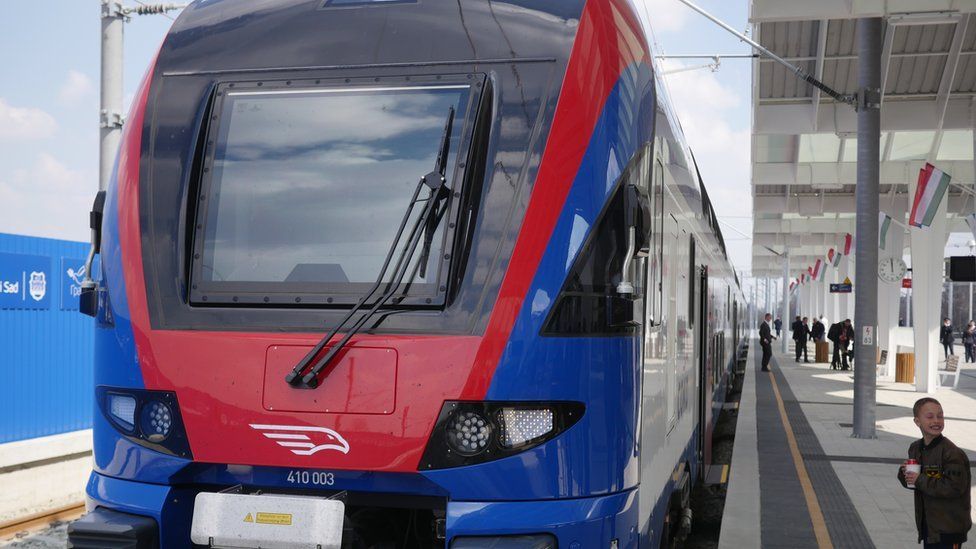 On arrival, a crowd of thousands was waiting to hear an address from the two leaders in front of the freshly renovated station.

During the return journey, Mr Vucic told the BBC that he had no sympathy with opposition allegations of unfair dominance.

"Do you want me to be helpful to my political opponents in beating me, or what?" he asked.

"I didn't mention a single name of my political opponents in this campaign. There is no campaign against them - and there is a 24/7 campaign against me. I know one thing: I'm more diligent and more dedicated than them. That's what people here appreciate - and I'm proud of that."

Indeed, political analysts agree that the appeal of Mr Vucic and the Progressives cannot be explained by media ubiquity alone. 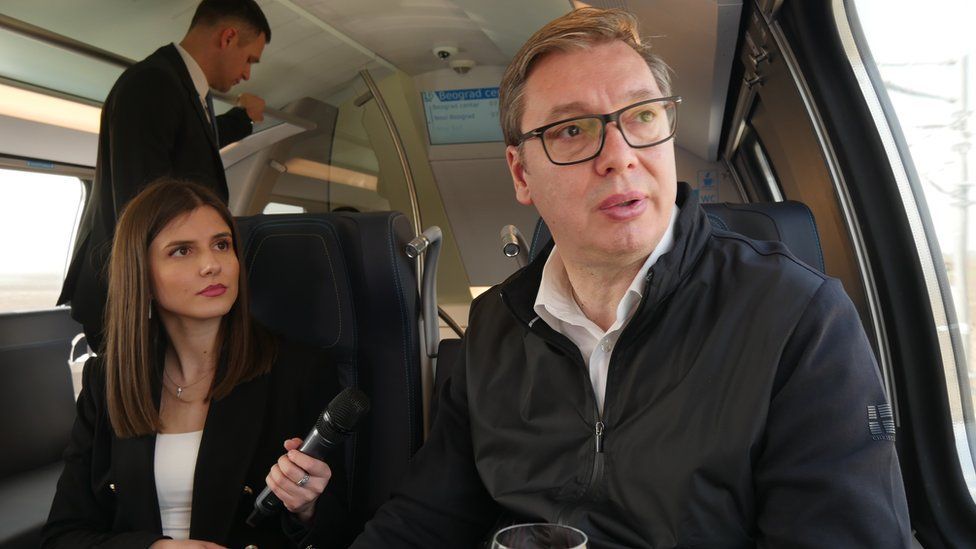 "Vucic is remarkably good at delivering on things that ordinary Serbs want to see," says James Ker-Lindsay, a Balkans specialist at the London School of Economics.

"From the outside, we see someone who is very authoritarian and there's a lot of concerns about the possibility of illiberal turns. But on the ground, ordinary Serbs talk about the fact that he's delivering economic development and big infrastructure projects. These are the things that many ordinary Serbs think should have been done before under previous administrations, but weren't.

It has been rather trickier for Mr Vucic to give voters what they want when it comes to relations with Russia. He is all too aware that many of his party's voters favour traditional ties with Moscow over the European Union membership negotiations that started in 2014.

Russia's invasion of Ukraine has turned a long-running balancing act into more of a tightrope walk, without a safety net. Serbia has declined to join EU sanctions against Moscow - but did vote in favour of UN resolutions condemning the invasion. There have been demonstrations against Russia's war as well as in favour.

Mr Vucic has made "peace and stability" something of a catchphrase during the campaign - though if he is re-elected, Brussels is likely to increase the pressure on Belgrade to choose where its loyalties lie: East or West.

Natasa Kandic, founder of Belgrade's Humanitarian Law Centre, agrees that the president is a "pragmatic politician" who has won popularity through attracting foreign investment which has brought "jobs and salaries". But an atomised opposition has also helped his cause.

"The main problem is that there is no democratic opposition," says Ms Kandic. "How can you win without a strong leader?"

That problem has persisted since the Democratic Party lost power in 2012 and splintered into multiple, competing factions. Most of those parties boycotted the last elections in 2020, claiming the conditions for a free and fair vote didn't exist. That just allowed the Progressives to consolidate their hold on power.

This time around, there's no opposition boycott. Parties from across the political spectrum have signed up to a coalition called United Serbia in a joint campaign against the Progressives.

Their candidate for president is a former general, Zdravko Ponos. He is a conservative figure - which illustrates the awkward nature of the opposition alliance. In essence, all they have in common is a desire to dethrone Mr Vucic - and analysts doubt that will be enough to appeal to the electorate.

After 10 years and six elections, Serbia's people already know plenty about the Progressive Party. Sunday's vote will show whether they buy the president's vision of progress - or accept the opposition's line that it is a manipulated media mirage.