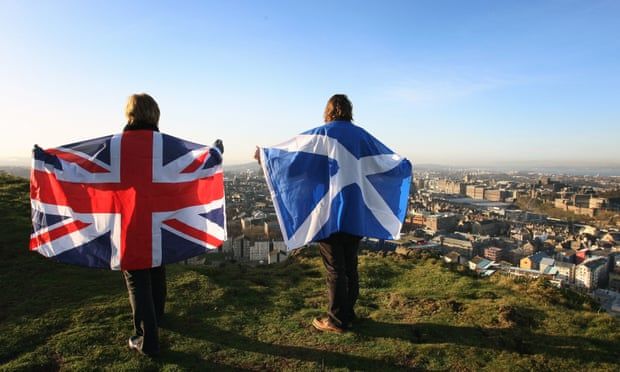 It’s good to finally have a date to work towards,” says Laura Moodie, as she contemplates the announcement this week by the first minister, Nicola Sturgeon, that the Scottish government intends to hold a second independence referendum on 19 October 2023.

“It helps to galvanise effort and shift opinion.”

Moodie is based in Dumfries and Galloway, which recorded the third highest no vote in 2014, and this weekend her local chapter of Women for Independence, one of the most prominent grassroots organisations to emerge from the first campaign, will attend their first in-person national convention since the pandemic.

Moodie’s group is one of many now to revive as the Scottish National party and the wider yes movement prepare for a summer of campaigning, with the pressure on to maintain momentum from Tuesday’s announcement, when Sturgeon revealed her government has formally requested a ruling from the UK supreme court on whether Holyrood is legally able to call a referendum without Westminster’s authorisation.

SNP sources have said the coming months will revolve around “galvanising the grassroots” with the party’s yes campaign promising “big plans” leading up to the party’s first in-person conference in early October. On Bella Caledonia magazine, one of the wider yes movement’s key virtual gathering points, activists are already exchanging posts on “surviving and winning indyref2”.

After the pandemic pushed most campaigning online, says Moodie, “we need to persuade people to wear out some shoe leather and, especially in a rural area like this, think about clever ways to equip people to campaign from their own doorsteps”.

A salient lesson from the last campaign was that those who feel financially precarious are less inclined to vote yes, she adds. “There is some complacency now that the cost of living crisis will make it easier to persuade people, but when people are scared they don’t vote for change.”

Polling this week underlines the extent of the challenge facing activists like Moodie. A survey for the Scotsman found 53% do not think there should be an independence referendum in October next year, with 40% backing the idea; while 41% opposed holding a referendum without the relevant powers being granted by the UK government through a section 30 order, with 37% in favour.

Reflecting a longer term trend that has support for yes hovering below 50% after a peak during the Covid crisis, the Scotsman polling put support for no at 51% and yes at 49%.

While some unionist critics were initially wrongfooted by the first minister’s supreme court gambit, Sturgeon’s threat to fight the next general election on the single issue of independence – as a “de facto referendum” if the court rules against her government – has unravelled as the week progressed.

Immediately dismissed by constitutional experts, who point out that one party cannot dictate the terms of an election, it has become marred in confusion over what might constitute a pro-independence mandate – a majority of seats or of total votes – and uncertainty about whether votes for other pro-indepedence parties such as the Scottish Greens and Alex Salmond’s breakaway Alba party would be counted.

Others have pointed out that the alternative routes put forward by Sturgeon this week were ones that she roundly dismissed in recent years, exposing their advocates to ridicule from party colleagues.

Chris McEleny, who subsequently defected to Alba, and the SNP MP Angus Brendan MacNeil, faced strong opposition from the party hierarchy when they pushed for discussion of a plan B and were even booed on stage at the party’s 2019 conference.

In early 2020, after the SNP MP Joanna Cherry, a veteran of the prorogation challenge, proposed a litigation strategy, Sturgeon told an SNP audience that she would not “pretend that there are shortcuts or clever wheezes that can magically overcome the obstacles we face”.

There is some speculation that the reason she is willing to try this route – which contradicts her previous insistence that such a vote should be legally and internationally recognised – is because her government has had strong hints that the lord advocate is unlikely to sign off her referendum bill as it stands, without the requisite section 30 order.

Writing in the National on Friday, Cherry, who admits she is “gratified” to see her idea eventually adopted, revives another long-advocated idea that may yet find favour: “Some are already arguing for a yes alliance to stand candidates rather than the SNP alone … It could be a unifying move bringing together the SNP, Greens, disaffected former SNP activists, including those who went to Alba or the other small pro-indy parties, and the all-important wider yes movement.”