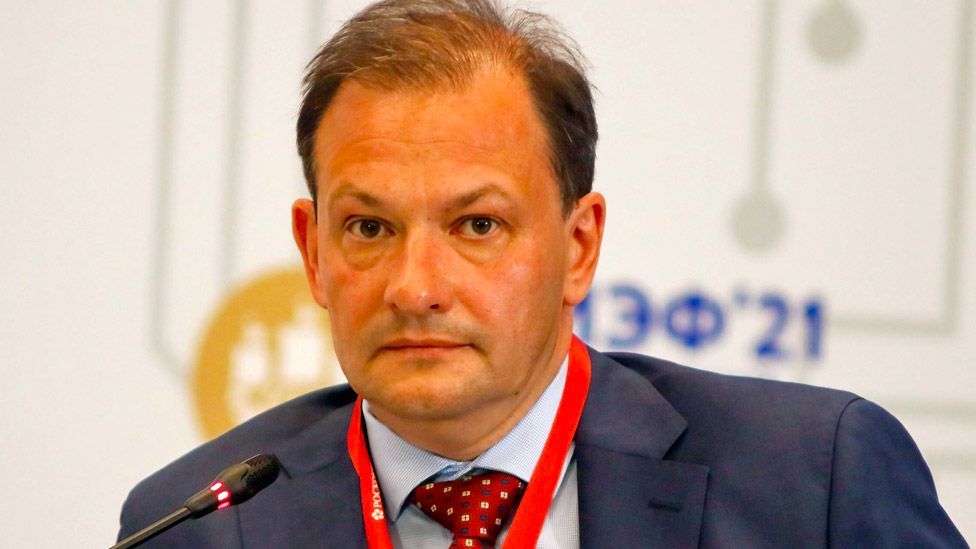 A Russian TV anchor and the managing director of state-backed news channel RT are among the latest figures to be sanctioned by the UK government.

Sergey Brilev, a well known host on TV channel Rossiya, was described as a "propagandist for Putin".

Foreign Office sources said it would effectively mean RT could not return to UK screens after losing its licence.

Earlier in March, UK media regulator Ofcom revoked the channel's permission to broadcast, after deciding TV-Novosti was not "fit and proper" to hold a licence.

On Thursday, Culture Secretary Nadine Dorries said: "These sanctions will target those who are complicit in covering up the Russian state's actions.

"We will not hesitate to act further against individuals and organisations attempting to deceive people about this misguided war."

The 14 people and institutions on the latest sanctions list also include:


*  Russia's National Defence Control Centre head Col-Gen Mikhail Mizintsev, who the government described as the "Butcher of Mariupol" for his role in the bombardment of the Ukrainian city.

Together, the US, EU and UK have already sanctioned more than 1,000 Russian individuals and businesses.

The UK's sanctions mean they cannot


*  do business with UK citizens or companies