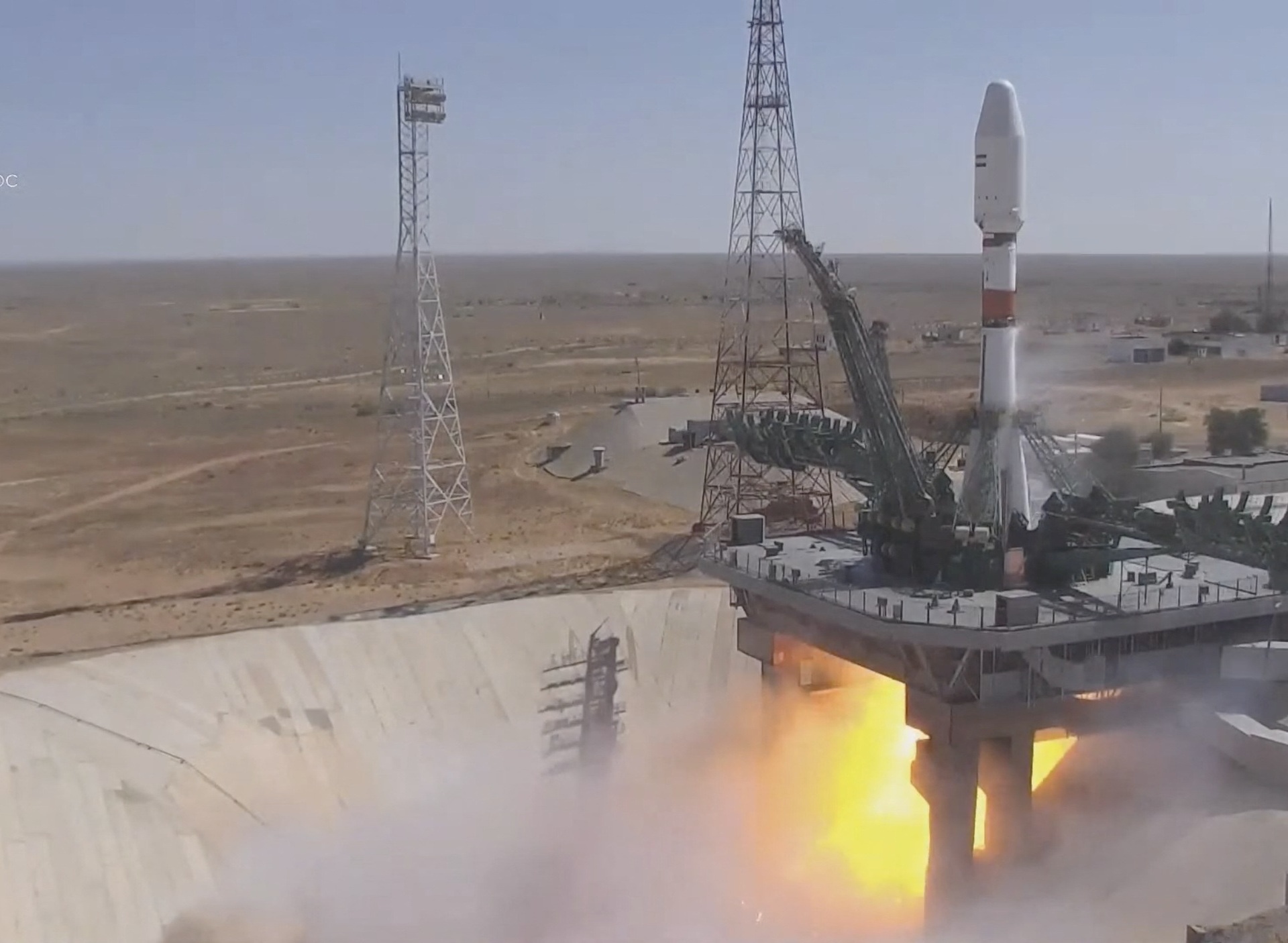 Russia launches Iranian satellite into space from Kazakhstan base

The launch signals the beginning of ‘strategic cooperation’ between the two countries in the space industry, according to the Iranian ICT minister.

A high-resolution Iranian-owned satellite has been launched into space from a base in Kazakhstan on board a Russian rocket, amid speculation about its uses.

The remote-sensing Khayyam satellite, which Iran has said it wants to use for non-military purposes, was successfully launched on Tuesday, according to footage aired live by Iranian state television.

Earlier this month, The Washington Post quoted anonymous Western intelligence officials as claiming that Russia plans to use the satellite “for months or longer” to assist its war efforts in Ukraine.

The claim has been rejected by the Iranian Space Agency (ISA), which said last week it will have exclusive control over the satellite “from day one”, and Russia’s Roscosmos.

ISA said orders transmitted to the satellite and data received from it will be encrypted and controlled by a team of Iranian engineers and scientists in Iran, and “no other country has access to the information throughout this process”.

The agency also emphasised that images from Khayyam, which are expected to come with a resolution of one metre, will be used to bolster “management and planning capacities” in a variety of industries such as agriculture, natural resources, environment, water resources, mining, disaster management, in addition to border monitoring.

According to the state-run news agency IRNA, Iran has the capability to build remote-sensing satellites with an image resolution of 5-10 metres (16.4-32.8 feet), and can inject up to 50kg (110pounds) packages into an orbit of 500km (311 miles).

But the Khayyam – named after 11th-century Persian polymath Omar Khayyam – which was commissioned by Iran and built by Russia, can hit a much more precise resolution of 1 metre (3.3 feet) and is to operate at the 500km orbit while weighing about 600kg (1,322 pounds).

“This is the start of a strategic cooperation between Iran and Russia in the space industry,” Iran’s ICT Minister Issa Zarepour said in a video on Monday while standing in front of the rocket in Baikonur, adding that Iran aims to achieve the technology to put a 100kg satellite into the 500km orbit by next year.

Iran has also stressed that the country’s military space programme is separate, with the ISA saying, “the country’s defence forces will pursue their own exclusive paths technically and strategically to account for their own needs”.

The Islamic Revolutionary Guard Corps (IRGC) has launched two satellites into space so far, with the second launch taking place in March.

The elite forces’ aerospace chief, Amirali Hajizadeh, announced last month that the IRGC plans to launch another satellite into orbit before the end of the current Iranian year in March 2023.

Iran’s defence ministry also test-launched a satellite vehicle in late June that it said was for research purposes.

Iran has maintained that its military space programme is for defence purposes only and poses no threat to others, but Western officials have expressed concern, saying the same technology can be used to carry nuclear warheads.

Iran has consistently said it does not seek a nuclear weapon, and efforts have been under way since April 2021 to restore its 2015 nuclear deal with world powers, which the US unilaterally abandoned in 2018.