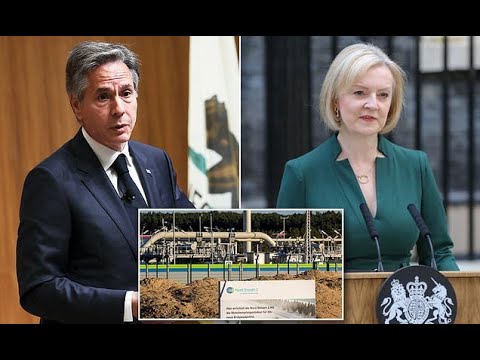 Russia blames: "UK navy behind the terror attack which blew up Nord Stream". London denies involvement, but investigates how the information leaked

Russia has accused Britain of conspiring to blow up the Nord Stream gas pipes, claiming Liz Truss texted Antony Blinken after the explosion saying 'it's done.'
The Russians found out that the British Commando did it, by using Pegasus spyware in Liz Truss mobile phone.

The British authorities deny the claims, but opened an investigation to find out how and who hacked Liz Truss mobile phone, since she was foreign minister.
#Pegasus

Oh ya 33 days ago
Is that not the same as declaring war on Russia? Response should be swift and hard if proven true.
View all comments (1)Add comment