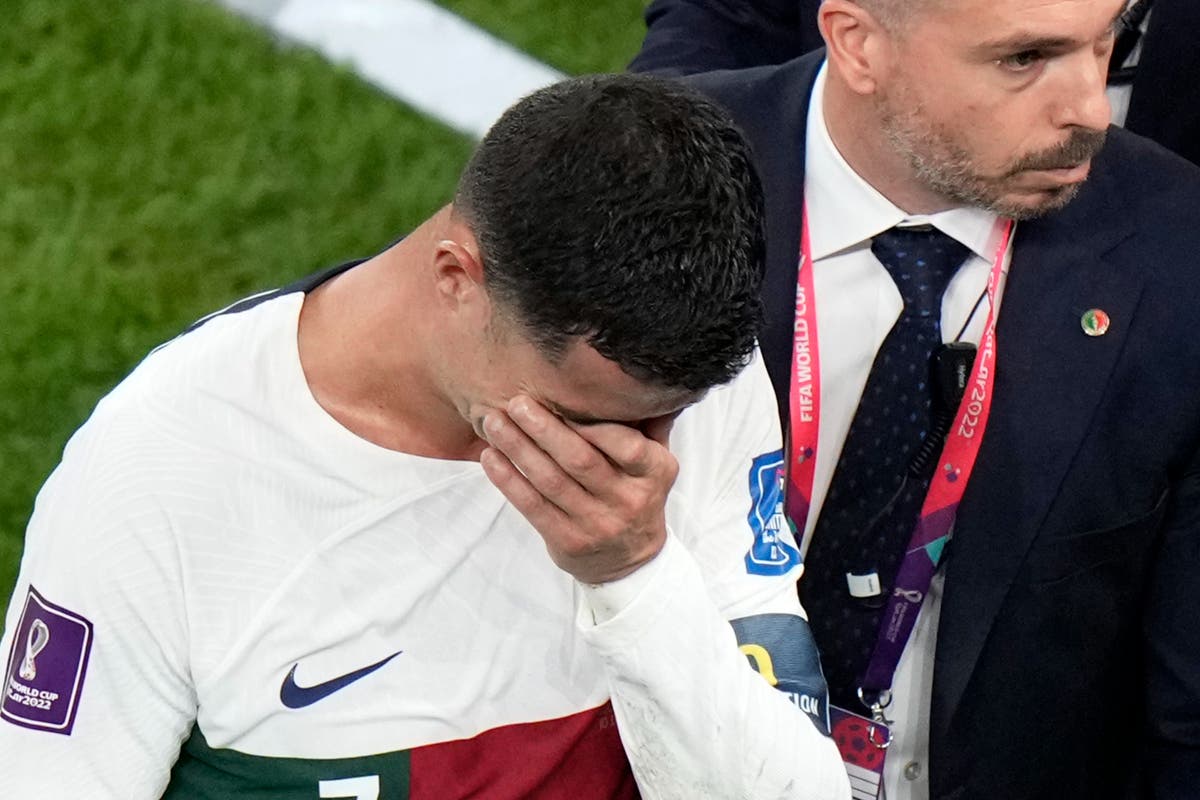 The five-time Ballon d’Or missed a glorious late chance to force extra-time as Morocco secured a famous 1-0 win to reach the semi-finals.

And after his World Cup dream ended, a heartbroken Ronaldo broke down in tears following the full-time whistle at the Al Thumama Stadium.

Ronaldo started on the bench against Morocco but, with Portugal trailing in the second half, he came on to equal the world record for the most international appearances in men’s football.

The 37-year-old was making his 196th Portugal appearance and had a wonderful chance to force extra-time in stoppage time when he was put through on goal.

But his tame effort was saved by Morocco goalkeeper Yassine Bounou and Portugal crashed out.

At the full-time whistle, Ronaldo went straight down the tunnel and cameras showed him in floods of tears.

The defeat for Portugal in what looks set to be Ronaldo’s last World Cup is likely to end his hopes of winning the biggest prize in football.

It also means he is likely end his career having never scored in a knockout match at the World Cup.
Add Comment