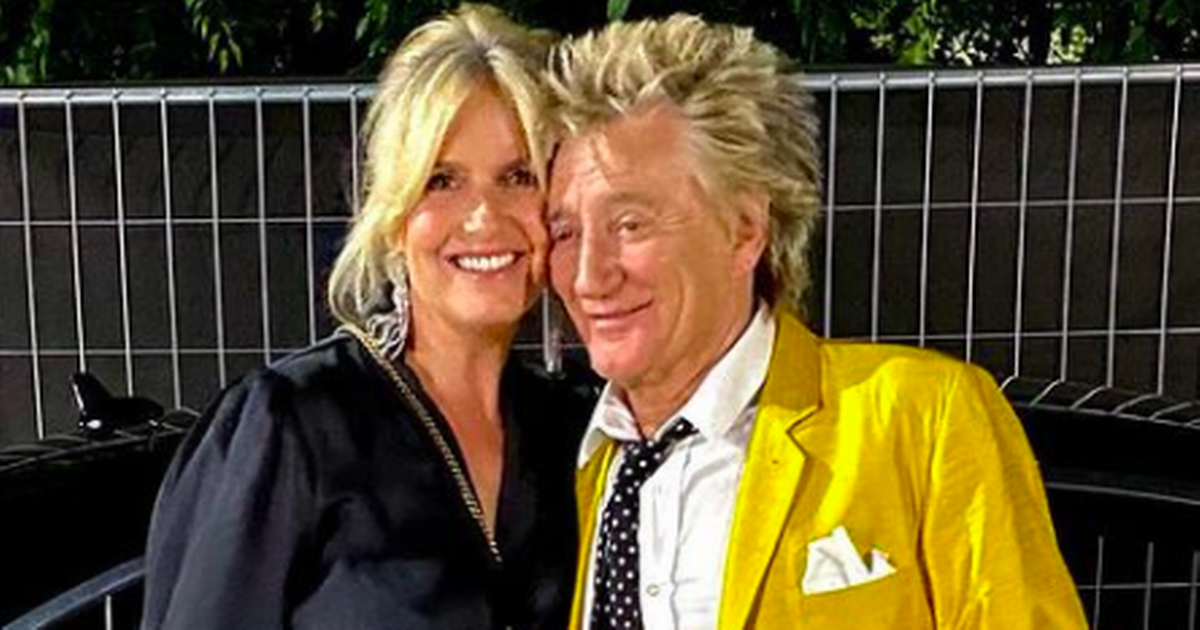 Rod Stewart and Penny Lancaster were thrilled to mix business with pleasure in Hungary as they looked forward to the rocker's new tour.

Rod Stewart and Penny Lancaster were thrilled to mix business with pleasure in Hungary as they looked forward to the rocker’s new tour.

And the happily married couple posed as they explored the local sights in Budapest before catching up with the rest of Rod’s band members in the run up to his forthcoming shows in Vegas.

Loose Women presenter Penny, 50, who was pictured with a smiling Sir Rod, 76, told her followers on Instagram: “The band is back!!

“So exciting to see the band back together again here in Hungary, in the run-up to the shows in Vegas from next month.”

Rod Stewart: The Hits will run from October 6 to October 23 at The Colosseum at Caesars Palace and the Celtic loving superstar can’t wait to get back to singing the hits.

Penny also joked that the pair looked like tourists as she shared pictures of herself and Rod against a backdrop of the sea in Budapest.

In one photo, she held onto Rod’s shoulders as she stood on a ledge behind him.

Rod also put up a more serous picture of himself at the Shoes on the Danube Bank memorial as he paid tribute to Jewish people who were massacred by Fascist Hungarian militia belonging to the Arrow Cross Party in Budapest during the Second World War.

They were ordered to take off their shoes, and were shot at the edge of the water so that their bodies fell into the river and were carried away.

Rod respectfully wrote: “Paying homage to the Hungarian Jews who were massacred at the end of World War Two.” 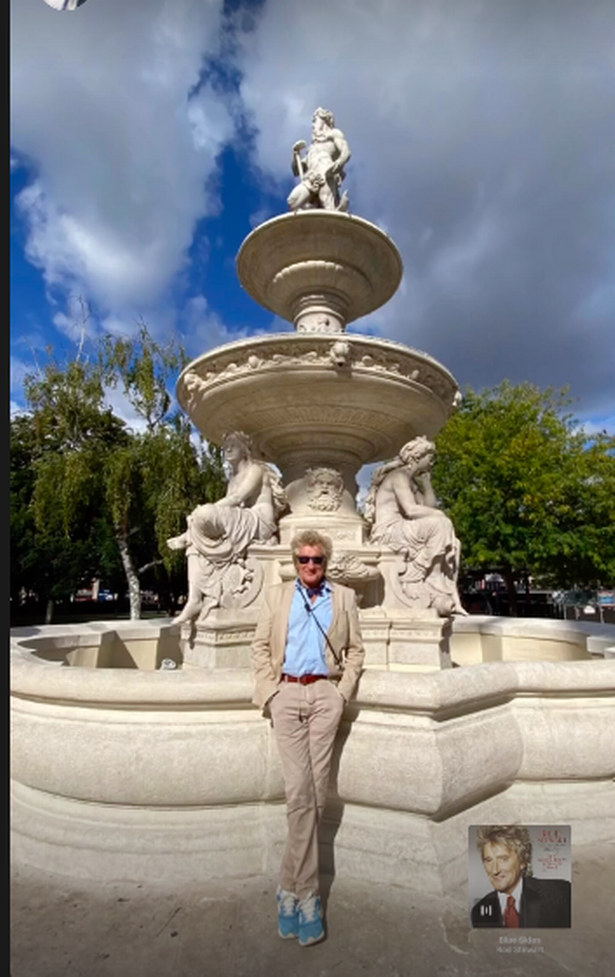 Rod Stewart poses by the Danubias Fountain during trip to Hungary

He also showed himself relaxing by the Danubius fountain in Liberty Square.