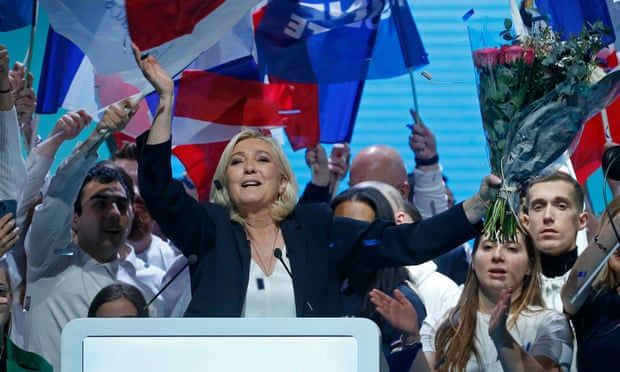 Rise of the far right: will there be an election bonanza for Europe’s populists?

For a brief moment, it looked like the longstanding love affair between most of Europe’s rightwing, nationalist, anti-immigration and EU-critical politicians with Vladimir Putin’s Kremlin would prove a fatal mistake. Russia’s brutal invasion of Ukraine has certainly embarrassed them. But so far at least, it does not appear to have done them terminal harm.

A newcomer to the scene, France’s Eric Zémmour, whose extreme Islamophobic rhetoric has done much to make Marine Le Pen seem reasonable, has seen his poll ratings plunge in part because of his previous avowed admiration for Moscow. But Le Pen, despite extensive cosying-up to Putin (including at least one Kremlin meeting with the Russian president, support for his annexation of Crimea, and campaign loans from Moscow banks) has barely been affected by it at all.

Hungary’s prime minister, Viktor Orbán, Moscow’s greatest ally among EU leaders, has just been returned to power for a fourth term. Italy’s Matteo Salvini may have been shamed by a Polish mayor for his Putin T-shirt, but his problems long pre-date that.

Polling in the Netherlands for Geert Wilders, who felt obliged to call Putin’s war “a blatant and condemnable violation of Ukrainian sovereignty”, has edged down, but hardly dramatically, despite his long years of strident pro-Russian rhetoric.

Certainly, the conflict has deprived the far right of a core pitch to voters: its dire warnings of the impact of mass immigration. Most Europeans have responded to Europe’s worst refugee crisis since the second world war with open arms.

But Putin’s war could also bring the populists a major boost as the cost of sanctions against Russia starts to bite with soaring energy and food prices. Le Pen’s decision to concentrate her campaign on cost-of-living issues has already proved far-sighted.

Petrol is already over €2 a litre, far higher than the level that sparked France’s gilets jaunes rebellion, and electricity, gas and bread prices are surging. Add in the costs of the green transition, and far from being harmed by their Putin ties, Europe’s far-right populists could be heading for an electoral bonanza.

Hungary’s self-confessedly “illiberal” leader was sufficiently emboldened by his election victory to declare that his brand of “Christian democratic, conservative, patriotic politics … is the future” – and to take a dig not just at “Brussels bureaucrats” but at Ukraine’s president, Volodymyr Zelenskiy, too. In power since 2010, Orbán has flouted democratic norms, tightening the noose around academics, NGOs and the media and restricting freedoms for migrants and gay people. He also stands accused of diverting millions in EU funds to friends and family. With Orbán safely installed for another term, a victory for his ally Le Pen would transform the right’s impact on the EU. 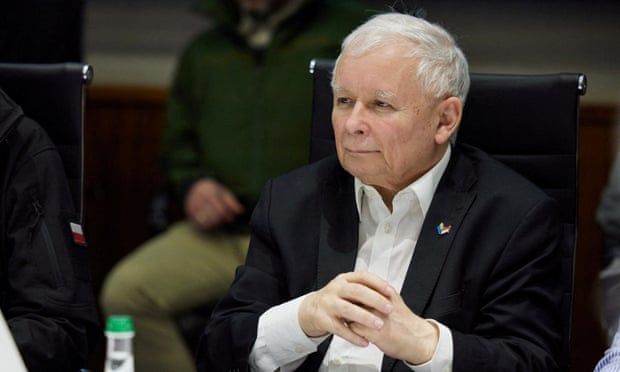 An outlier among Europe’s nationalist-conservative politicians because of his longstanding warnings about Moscow’s true intentions, Poland’s de facto leader has seen his ruling Law and Justice (PiS) party gain a polling boost from the war, which has transformed his country into an EU good guy for its fierce opposition to Russia and gargantuan humanitarian effort over Ukrainian refugees.

But the government’s bitter rule-of-law dispute with Brussels over judicial independence, its culture-war attacks on the LGBTQ+ community and abortion rights, and its bridge-building with anti-EU, pro-Putin figures such as Salvini and Le Pen show little sign of abating. Kaczyński, too, would welcome a Le Pen presidency for his ongoing tussle with Brussels, although the two would differ radically over Russia policy.

Italy’s former deputy prime minister congratulated Orbán on his win in typically bombastic terms: “Bravo Viktor! Alone against everyone, attacked by the fanatics of uniform thinking, threatened by those wanting to eradicate Europe’s Judeo-Christian roots, slandered by those wanting to eliminate values such as the family, security and freedom, you won again.”

But since entering the country’s broad coalition government, the populist Italian leader of the League has been eclipsed in the polls by his far-right nationalist sometime rival, Giorgia Meloni of the Brothers of Italy, with whom he will probably need to cooperate ahead of elections in spring next year. 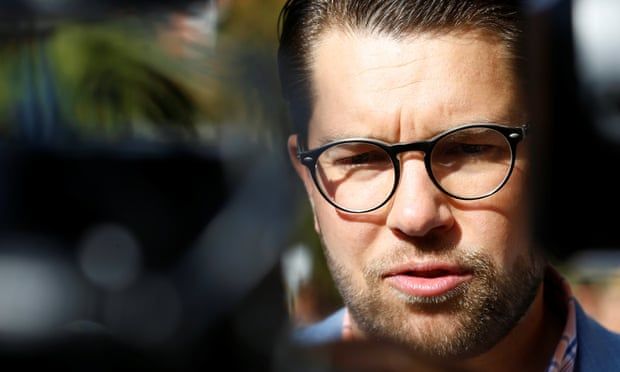 Åkesson’s party has been pulled more to the centre ground on Nato and EU membership.

Polling at a steady 19-20% of the vote, the populist Sweden Democrats party and its leader have moved away from a longstanding anti-Nato stance and now no longer rule out joining the alliance “if the security situation worsens even more”.

They have also abandoned their former policy of leaving the EU, saying – like many of Europe’s far-right parties – that they now want to reform the bloc from the inside. A hardliner on crime and particularly immigration, Åkesson could potentially join a rightwing coalition headed by the opposition Moderates party after September’s Swedish elections.

Spain’s far-right Vox party entered a regional government for the first time last month under a deal with the rightwing Popular party that could offer a blueprint for future power-sharing between the two parties after the next general election, due by the end of 2023.