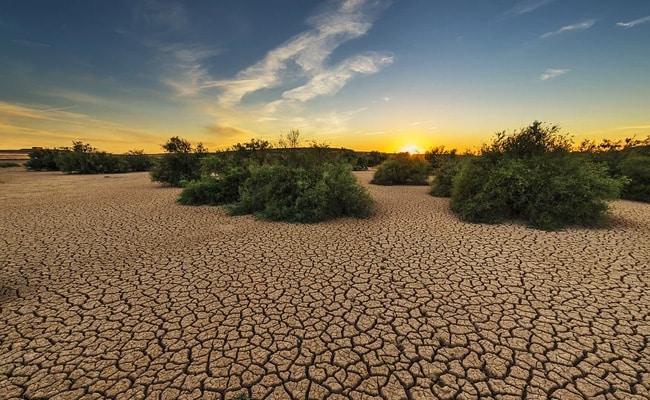 COP27: The standoff comes with wealthy nations pressed into acknowledging the need to compensate emerging economies for accelerating climate change, and as total funding needs appear poised to run into trillions, rather than billions, of dollars.
COP27 entered its final week Monday with rich carbon polluters and developing nations at loggerheads over how to speed up and fund reductions in emissions to slow global warming.

The standoff comes with wealthy nations pressed into acknowledging the need to compensate emerging economies for accelerating climate change, and as total funding needs appear poised to run into trillions, rather than billions, of dollars.

"There is still a lot of work ahead of us," Egyptian Foreign Minister and COP27 president Sameh Shoukry said at the UN climate talks in the Red Sea resort of Sharm el-Sheikh.

He said countries were still split on key issues as ministers join the talks this week to seek a consensus before the summit is scheduled to end on Friday.

COP27 participants were watching for signals from the first face-to-face meeting between US President Joe Biden and Chinese leader Xi Jinping -- representing the world's top two polluting nations -- at the G20 summit in Indonesia.

The White House said following the bilateral talks that the United States and China will resume climate cooperation, which Beijing had halted in anger after US House Speaker Nancy Pelosi visited Taiwan in August.

"The two leaders agreed to empower key senior officials to maintain communication and deepen constructive efforts on these and other issues," the White House said.

Ani Dasgupta, president of the research non-profit World Resources Institute, said the global community was "breathing a sigh of relief".

"There is simply no time left for geopolitical fault lines to tear the United States and China away from the climate negotiation table."

Negotiators in Egypt are also eagerly waiting to see what climate message may appear in the final communique of the G20 meeting on the Indonesian resort island of Bali.

"Confirming the 1.5C goal in Bali would make our lives easier," a senior negotiator at COP27 said.

Nearly 1.2 degrees of warming on average so far has seen a cascade of increasingly severe climate disasters, such as the flooding that left a third of Pakistan under water this summer, claiming at least 1,700 lives.

The Glasgow Pact urged nations to ramp up their commitments to reduce greenhouse gas emissions ahead of COP27, but only around 30 nations have obliged.

This leaves the world on track to heat up by about 2.5 degrees by the end of the century -- enough, scientists say, to trigger dangerous climate tipping points.

In Bali, UN chief Antonio Guterres said he would make a "strong appeal" to G20 countries, which account for 80 percent of emissions, to "have a common plan to reach net zero (emissions) globally by 2050".

China and India have called the 1.5-degree goal into question, with Beijing pointing out that the binding target agreed in Paris was "well below" two degrees.

The more ambitious 1.5 target is non-binding, but science shows it is a far safer global threshold.

Switzerland, on behalf of a six-nation group that includes Mexico and South Korea, proposed to introduce an item on the official COP27 agenda to reinforce the goal of "limiting global warming to 1.5C".

"It's mostly about securing a space for commitments on 1.5C," said a delegate who spoke on condition of anonymity.

Developed countries backed the proposal, but China and groups of developing nations rejected it over concerns that it would imply renegotiating the Paris Agreement, several delegates said.

"Basically there is no consensus," a Chinese delegate told AFP.


For developing countries, the priority at COP27 is for wealthy nations to make good on pledges to provide $100 billion a year in aid for poorer countries to green their economies and build resilience against future impacts.

There are also deep divisions over calls to create a "loss and damage" fund through which rich polluters would compensate developing nations for the destruction caused by climate-induced natural disasters.

Wealthy nations fearful of creating an open-ended liability regime agreed only this year to include this touchy topic on the formal agenda.

Developing nations are calling for the creation of a separate facility, but the United States and the European Union -- while not precluding such an outcome -- have said they favour using existing financial channels.

On Monday, the Group of 7 developed countries and nearly 60 nations most vulnerable to climate change launched a scheme aimed at providing financial support for communities battered by climate disasters, with more than $200 million of initial funding.

Kenneth Ofori-Atta, Ghana's finance minister and chair of the V20 group of nations most vulnerable to the effects of climate change, said the scheme "is long overdue".
#Joe Biden

Oh ya 13 days ago
NASA says the world is not warming just going through normal warming /cooling cycles. But feel free to believe them or the bunch that thinks if you pay more tax and eat bugs everything will be ok
View all comments (1)Add comment