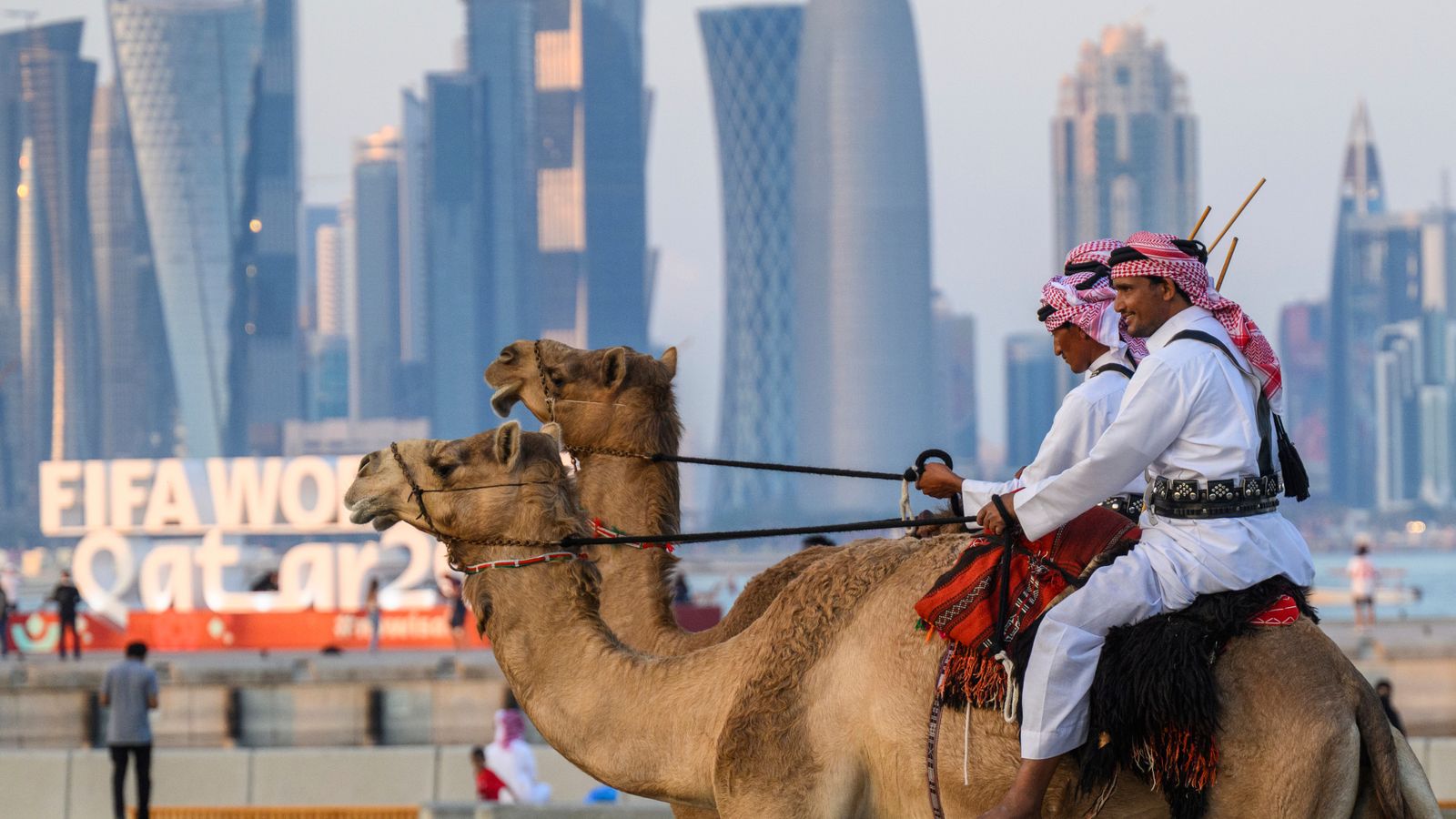 Qatar World Cup boss: Tournament has 'changed the perception of this part of the world'

Qatar 2022 has perhaps been one of the most controversial World Cups but the tournament's chief says it has brought a lot of positive developments.

Qatar World Cup chief Hassan Al Thawadi says the tournament has changed perceptions of the region and transformed his country.

He also insisted there should be recognition for improved workers' rights after previously "unacceptable" conditions.

Mr Al Thawadi told Sky News: "The progress will not end when the final whistle is blown."

Lusail - the centrepiece of the £150bn+ World Cup project - will host the showdown between Argentina and France to conclude the first World Cup to be staged in the Middle East.

"This was a celebration of the Arab people, of our culture, of our tradition, of our history," Mr Al Thawadi said in an interview in Doha.

"And I've heard it from many, in particular Europeans, saying that they might have come to support the team - but with trepidation, a little bit of concern.

"And to that extent, it was a platform for bringing people together in an unprecedented way."

Mr Al Thawadi was speaking in his only interview on the eve of the final - the culmination of a 12-year journey from winning an audacious bid, fending off threats to the tournament from investigations and regional diplomatic instability to delivering the event.

"It changed the perception of this part of the world," he said. "And also it allowed us to showcase the best in us."

But tragedies and suffering among low-paid migrant workers will be forever associated with this World Cup, despite the tournament being viewed as a catalyst for improved labour conditions and rights, including the introduction of a minimum wage.
Mr Al Thawadi said: "

The country recognised the need for reforms, because the condition was unacceptable and the laws were put in place."

There were 414 deaths on wider Qatari infrastructure from 2014 to 2020, but only three happened during the building of stadiums. But there were two deaths in accidents on World Cup-linked sites during the tournament.

"There is a workers' support insurance fund that will be looking into any matters relating to unfortunate deaths," Mr Al Thawadi said. "And that will continue beyond the World Cup."

Bringing the World Cup to Qatar put a focus on discriminatory laws. There were assurances LGBT fans would be protected but some were stopped by security with rainbow hats and t-shirts removed.

"I think some of the security people might have taken a decision at the time to see what was best, whether in fear of potential tensions rising inside the stadium or not."

There is resistance to decriminalising same-sex relations in the Muslim nation.

"This is something that's within our religious values," Mr Al Thawadi said.

"This is something that a lot of countries share the same common values... more community-based values, as opposed to where the predominant set of values are personal rights.

"I think people are aware that we have differences in opinions. But I think it's important to highlight that we have to find ways of respecting each other's opinions, and finding a way of moving forward. And that's what this World Cup has shown."

There was a brief backlash - particularly from some Europeans - after Qatar banned the sale of alcohol at stadiums two days before the World Cup opened.

But reducing the opportunities for fans to drink ahead of matches is credited with creating a more welcoming environment for families and Muslim fans from the region and beyond.

Mr Al Thawadi said: "I think cultural understanding is extremely important in this day and age.

"But I think we have to be able to find ways of expressing our disagreement with each other.

"But at the same time being able to walk away, having disagreed but not conflicted.

"Having disagreed but respecting the other's opinion and finding ways of coming together and coexisting together."