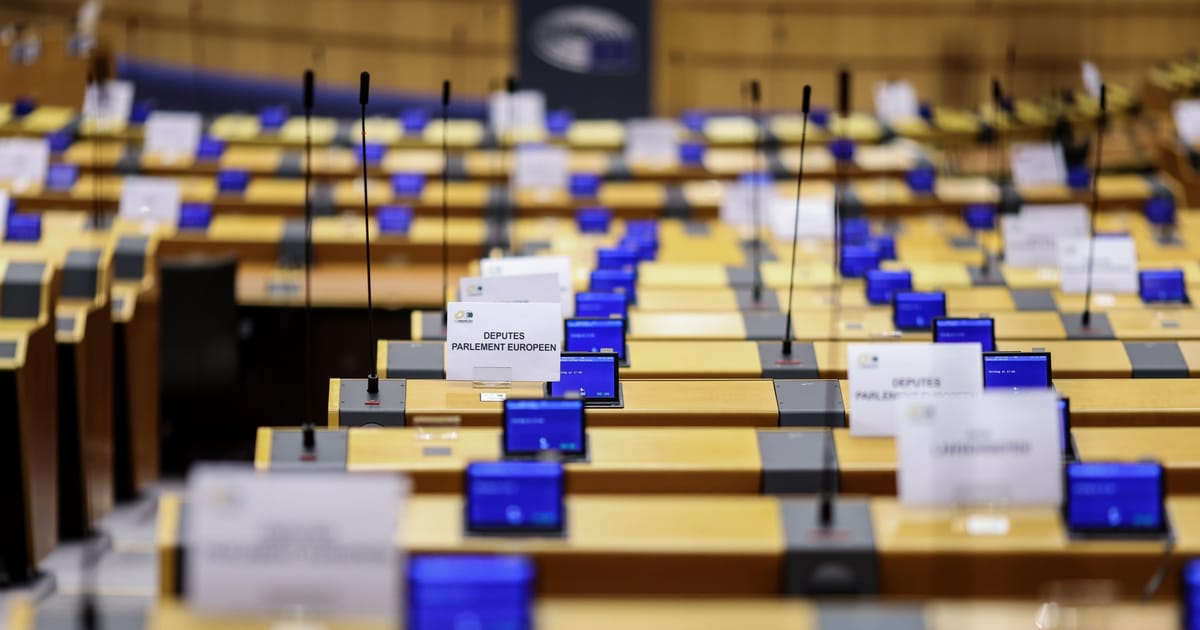 MEPs were set to allow visa-free travel for Qatari and Kuwati nationals — until a corruption scandal took center stage.

The EU’s plan to allow visa-free short-stay travel for Qatari and Kuwaiti nationals has been struck by a corruption scandal engulfing the European Parliament.

MEPs in Strasbourg were expected to vote this week to allow nationals of both countries to travel without a visa to the EU for 90 days, providing they have a biometric passport.

But that was put on hold after Belgian prosecutors charged Parliament Vice President Eva Kaili and three others with corruption as part of a major investigation into an alleged illicit influence campaign by Qatar.

MEPs in that committee had initially been supportive of the measure. The lead parliamentarian on the file, the Green group's Erik Marquardt, said in an October meeting he had felt comfortable proposing the waiver, in spite of reservations around human rights in both countries.

“We didn’t propose a visa waiver for these states because they’re the best countries in the world in terms of human rights and because they stick to all labor rights,” he told MEPs at the time.

“We did it because we believe that these visa waivers would provide advantages on both sides, and would also mean that perhaps together we could try and improve the situation,” he added.

The file was sent to the LIBE committee following the European Commission's announcement in April that it intended to add Qatar and Kuwait to its visa-free regime, saying the move would “contribute to strengthening relations with Gulf countries.”

Commission Vice President Margaritis Schinas said at the time the measure was down to “the success of the governments of Qatar and Kuwait in achieving far-reaching reforms,” and added that it reflected “the increasing intensity and depth of EU relations with both countries.”

The EU currently has a visa-free regime in place with 61 countries.

Despite concerns about human rights abuses in Qatar, MEPs in the LIBE Committee backed the plan this month in a meeting that saw Kaili turn up to vote in favor of the proposal — even though she’s not a member of that committee. Belgian MEP Marc Tarabella, whose home was raided in connection with the probe, also sat in the vote, according to Marquardt. Nor is he a member of the LIBE Committee. MEPs are allowed to attend committee meetings and even vote on behalf of absent committee members. 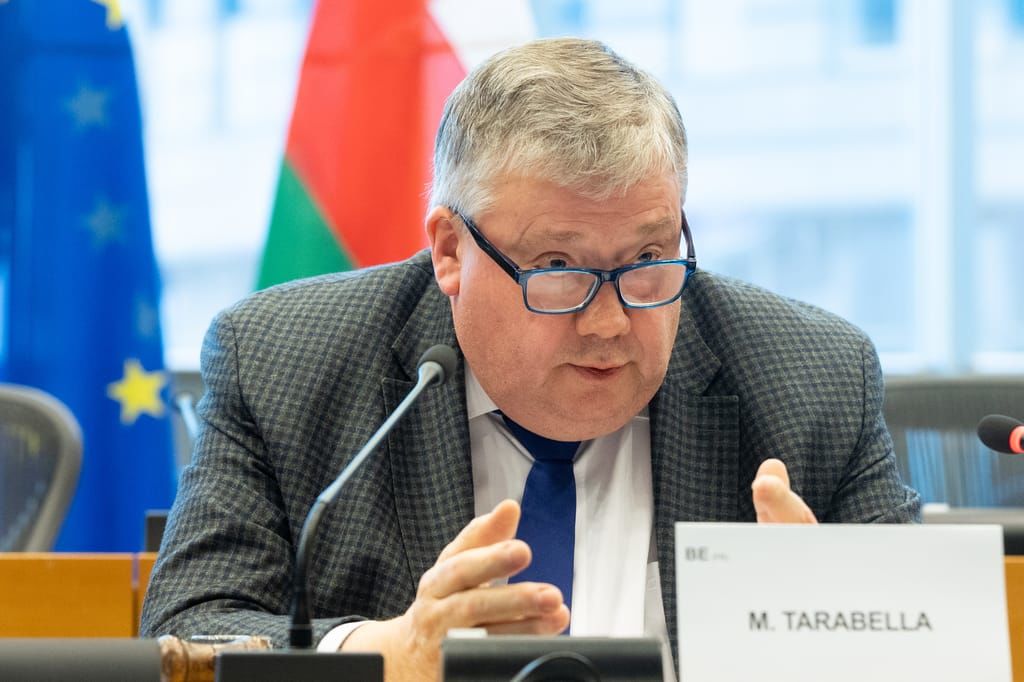 Belgian MEP Marc Tarabella, whose home was raided in connection with the probe, also sat in the vote

Marquardt said he had been approached by Kaili on the issue of Qatar, adding that it was “very obvious” she was “much in favor of giving a visa waiver to Qatar,” but “was not so interested in the other countries.”

The visa proposal also applies to Kuwaiti nationals. But in an October meeting, some MEPs in the LIBE Committee questioned why citizens of other nations — specifically Oman and Ecuador — hadn’t initially been put forward by the Commission to receive the same benefits.

Marquardt told POLITICO that over the past few months he has been lobbied extensively by Qatari representatives, and was offered a trip to the World Cup — which he turned down. He called on Monday for the file to be frozen in response to the scandal, despite having drawn up the report that parliamentarians were going to vote on.

Another MEP, Abir Al-Sahlani, wrote on Twitter on Monday that she was “ambushed” by Kaili because of her role as the shadow rapporteur on the file for the centrist Renew group.

She said that Kaili booked a meeting with her to talk about the situation of children in Iran, but added: “For 25 minutes, Eva Kaili talked only about Qatar and why that country should have visa liberalization. I got really annoyed. The whole meeting was just an ambush, to try to help the Qatari regime, it was never about the situation of Iranian children during the protests.”

Kaili did not respond to a request for comment.

S&D's shadow rapporteur, Pietro Bartolo, said he met with Kaili in her role as vice president in charge of relations with the Gulf countries. "We simply had a general discussion on the overall situation in the region," he told POLITICO.

Two other shadow rapporteurs on the file — the Left Group’s Clare Daly, and ECR’s Jadwiga Wiśniewska — said Kaili had not been in touch with them.

This isn’t the first time the decision over visa-free travel has been paused. LIBE postponed a vote in November following a mass execution in Kuwait, after which MEPs moved to include a clause about the death penalty in the report.

Parliamentarians are split on what should happen to the measure now.

Renew's shadow rapporteur Al-Sahlani told POLITICO: “While the investigation is still ongoing, this file should remain frozen. The extent of this scandal will most likely take time to fully unfold, and as long as we cannot be sure that this legislation is handled with the integrity and care that we normally expect from the European Parliament, no vote on it should take place.” 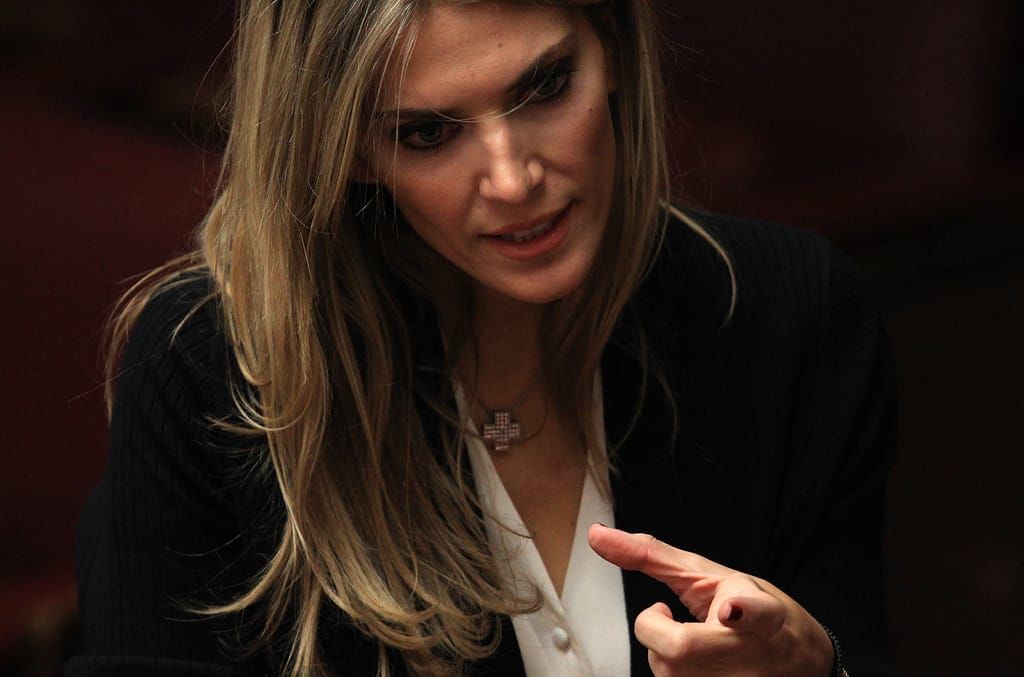 She added that the Renew group voted against granting visa liberalization to Qatar, “and that certainly remains our position.”

Speaking anonymously, another MEP in the LIBE Committee is more open to movement on the issue. “If we can find a solution tailored to Qatar, I don’t see why the file wouldn’t be brought back to the plenary and could be finalized,” they said.

That parliamentarian said that while Kaili was definitely “interested in Qatar having a good outcome in the file,” there was “very little controversy” over the country because the committee was acting on the proposal of the Commission.