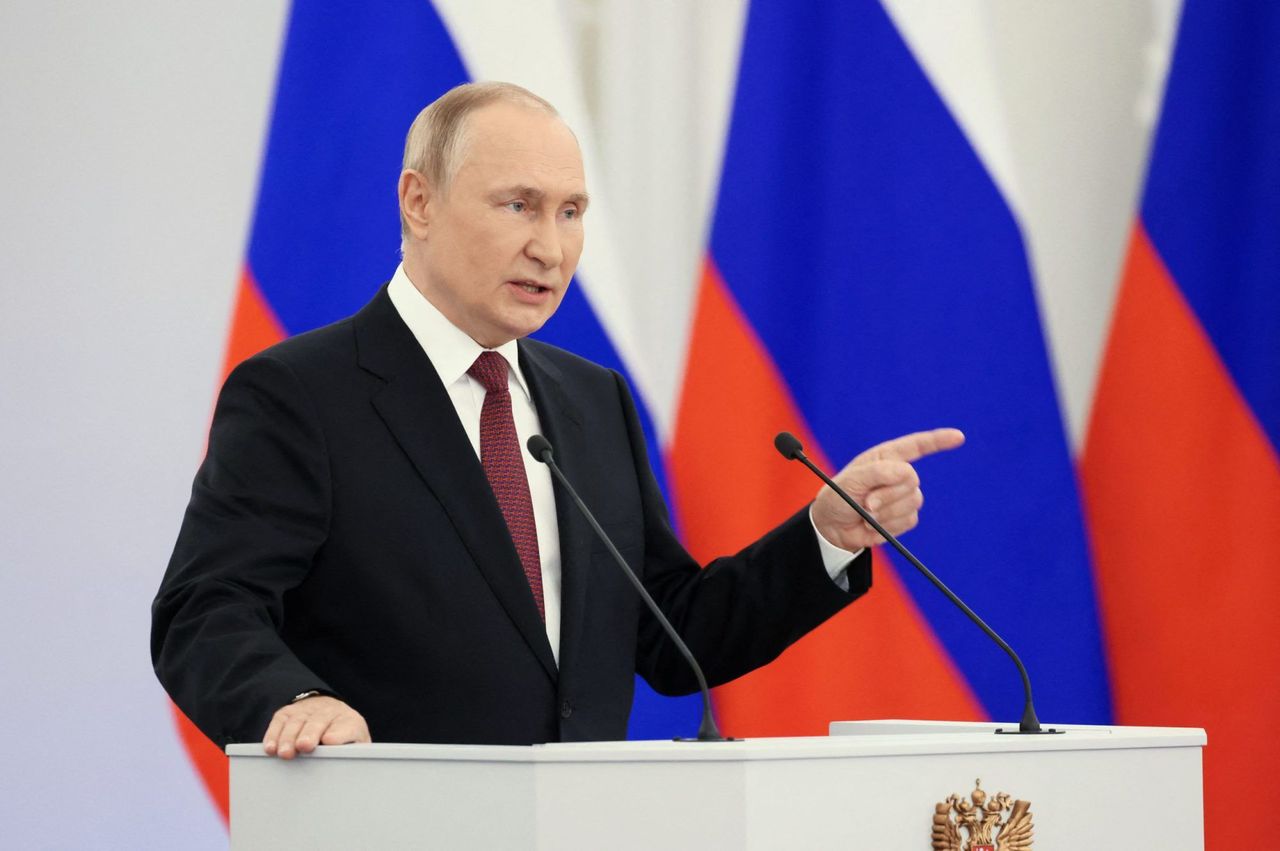 President Vladimir Putin said on Thursday that Russia wants an end to the war in Ukraine and that this would inevitably involve a diplomatic solution.
Putin made the comments a day after U.S. President Joe Biden hosted Ukrainian President Volodymyr Zelenskiy in the White House and promised him continued and unwavering U.S. support.

"Our goal is not to spin the flywheel of military conflict, but, on the contrary, to end this war," Putin said. "We will strive for an end to this, and the sooner the better, of course."

White House spokesman John Kirby said Putin has "shown absolutely zero indication that he's willing to negotiate" an end to the war, which began when Moscow sent troops into Ukraine on Feb. 24.

"Quite the contrary," Kirby told reporters during an online briefing. "Everything he (Putin) is doing on the ground and in the air bespeaks a man who wants to continue to visit violence upon the Ukrainian people" and "escalate the war."

Kirby renterated that Biden was open to talks with Putin, but only after the Russian leader "showed a seriousness about negotiations" and after consultations with Ukraine and U.S. allies.

Russia has persistently said it is open to negotiations, but Ukraine and its allies suspect a ploy to buy time after a series of Russian defeats and retreats that have swung the momentum of the 10-month war in favour of Kyiv.

"I have said many times: the intensification of hostilities leads to unjustified losses," Putin told reporters.

"All armed conflicts end one way or another with some kind of negotiations on the diplomatic track," he added. "Sooner or later, any parties in a state of conflict sit down and make an agreement. The sooner this realization comes to those who oppose us, the better. We have never given up on this."

Russia says it is Ukraine that is refusing to talk. Kyiv says Russia must halt its attacks and give up all territory it has seized.

Putin also played down the significance of the Patriot air defense system that Biden agreed to supply to Zelenskiy, saying Russia would find a way to counter it.

He said it was "quite old" and did not work like Russia's S-300 system. "An antidote will always be found," he said, boasting Russia would "crack" the Patriots.

"So those who do it are doing it in vain. It's just prolonging the conflict, that's all."

Putin also said a price cap imposed on Russian oil by Western countries, designed to limit its ability to fund the war, would not damage the Russian economy. He said he would sign a decree early next week to set out Russia's response.
#Joe Biden
Add Comment