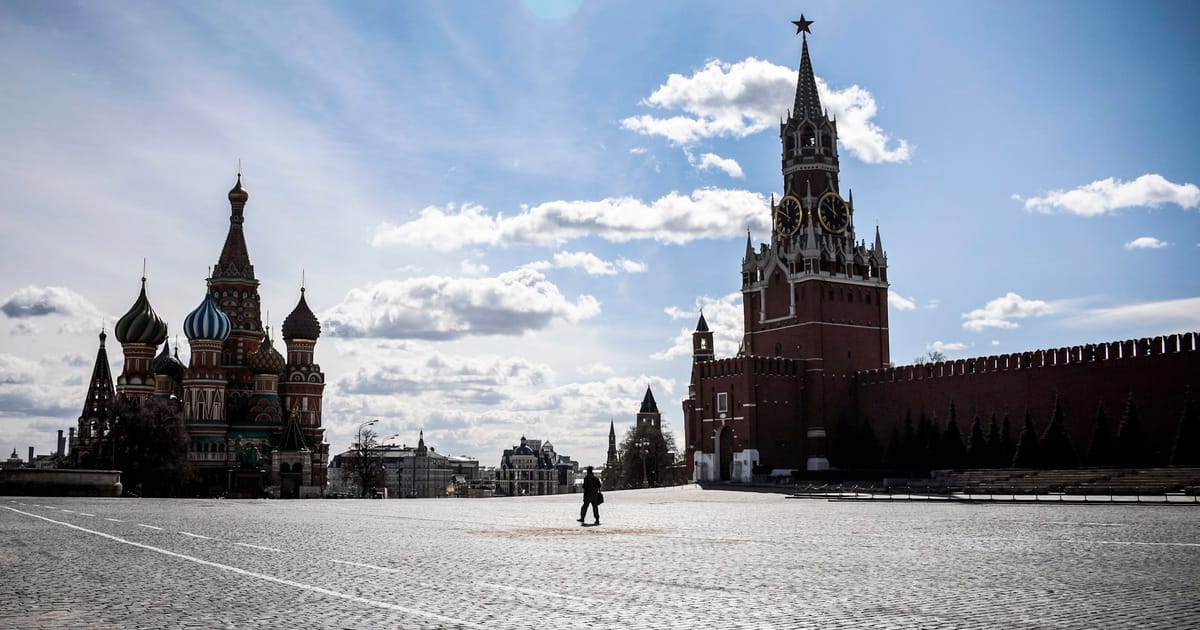 Insiders are publicly jockeying to take advantage of shifting Kremlin power dynamics as Putin’s war against Ukraine turns against him.

Vladimir Putin was master of all he surveyed; then he invaded Ukraine.

For the first time in two decades, the Russian president’s opponents think it more likely than not that he will depart in the near term, although they disagree about how the endgame might play out, who might replace him, and when. Much depends on the course of a war that is turning against him and undermining his air of invincibility.

In the past few weeks, Kremlin infighting has spilled into the open, with insiders publicly criticizing each other and Moscow’s top-level military command as demoralized Russian forces are forced to retreat after humiliating defeats in Ukraine, and a bungled, unpopular mobilization backfires on the home front.

Top officials now appear to be jostling to take advantage of the shifting political landscape. Kremlin watchers argue the flashes of public dissent from members of Russia’s elite — including Chechen leader Ramzan Kadyrov and paramilitary boss Yevgeny Prigozhin — are unprecedented.

Mikhail Kasyanov, Putin’s prime minister from 2000 to 2004, predicts that the president’s grip on power could slip suddenly. “In three or four months, I believe there will be a crucial change,” Kasyanov, who now lives in exile, told Sky News on September 30.

Other Putin opponents aren’t so definitive about timing but, with recriminations flying and criticism of Russia’s military commanders increasing, they sense the war marks a turning point, hoping for the beginning of the end for Russia’s latter-day czar.

“Can he wiggle out, I don’t know,” Russian exile and prominent Putin critic Mikhail Khodorkovsky told POLITICO. Thanks to Ukraine’s resistance and Russia’s missteps and inept battlefield tactics, Kremlin insiders and other big political players appear to be considering life after Putin, he added.

Khodorkovsky believes that explains why some Kremlin insiders are seeking the political spotlight — notably Kadyrov and Prigozhin, normally close allies of the Russian leader. They’ve been launching broadsides against Russia’s military commanders, men they disdain as “peacetime generals.”

As leaders of a “war party” they have been urging for more ferocious action in Ukraine. Both men are being careful to appear loyal, but Khodorkovsky suspects they’re playing a double game. “Prigozhin is under the control of Putin today,” Khodorkovsky said. “But he’s also getting ready for life for after Putin. And he’s building a relationship with Kadyrov,” he adds.

Prigozhin has altered his modus operandi. In late September, for the first time he acknowledged he founded the Wagner Group, the Russian paramilitary outfit accused of committing gross human rights abuses in Africa, Syria, and Ukraine on behalf of the Kremlin. That’s a surprising admission considering he has sued media outlets in the past for naming him as Wagner’s boss.

Now he’s presenting himself as someone who should be taken seriously as a military commander, and in the face of Ukraine’s counteroffensives around Kharkiv and Kherson has been applauding Kadyrov for his demands on social media for “more drastic measures,” including a declaration of martial law in Russia’s border areas and “use of low-yield nuclear weapons.”

Prigozhin has also endorsed Kadyrov’s call for hapless commanders to be punished, stripped of their rank and medals, and sent to the front. “Beautiful, Ramzan, keep it up,” Prigozhin chorused in a social media post. “These thugs should be shipped to the front barefoot with machine guns,” he added. 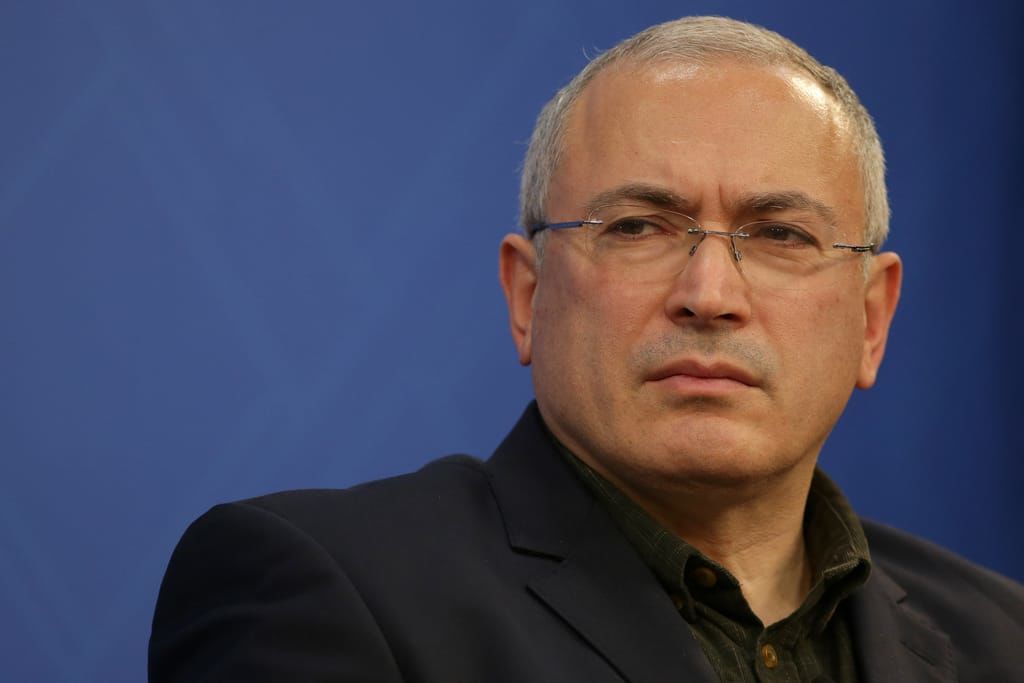 Mikhail Khodorkovsky, a Russian exile and prominent Putin critic, predicts that the president’s grip on power could slip suddenly

Crucially, both have avoided direct censure of Putin. That may be serving Kremlin’s interests — blaming the military and deflecting anger away from Putin, say Russian exiles and Western analysts. And Putin has not held back himself from criticizing the defense ministry — last week upbraiding it for mishandling his mobilization order and drafting students.

Noticeably, the Kremlin hasn’t rebuked either Prigozhin or Kadyrov, who last week gleefully announced he’d been promoted to the rank of colonel general. After Kadyrov’s demand for escalation, Kremlin spokesman Dmitry Peskov mildly noted to reporters in Moscow that “the heads of regions have the right to express their point of view.”

Careful who you criticize

There is some suspicion that it is useful for Putin to have Kadyrov and Prigozhin calling for ever more extreme action to keep Western leaders worried with the unsaid subtext being, be careful what you wish for — a Russia without Putin could mean a Russia of Kadyrov and Prigozhin. Leonid Volkov, chief of staff to Alexei Navalny, the jailed opposition leader, describes Prigozhin as “the most dangerous criminal in Putin’s entourage.”

Still, anyone attacking the top brass is skating on thin ice. It’s only a short step from attacking Russia’s generals and Defense Minister Sergei Shoigu for the disastrous defeats to criticizing the man who appointed them: Putin. Last month, Peskov cautioned while “critical points of view are currently within the framework of the law . . . the line is very, very fine.”

The Meduza news site recently reported rising stars Alexey Dyumin, the governor of Tula, and Dmitry Mironov, former head of the Yaroslavl region and an assistant to Putin, are quietly supportive of Kadyrov and Prigozhin.

The war has “set in motion a public race of the successors,” noted Russian journalist Andrey Pertsev. “In recent years, political maneuvering in Russia was kept in the shadows, but in this new era, loud proclamations and high-visibility political gesturing are again the norm,” he wrote in a recent analysis for the Carnegie Endowment.

Former President and ex-Prime Minister Dmitry Medvedev, once keen to appear a Western-tilted modernizer, has tacked right and is issuing blood-curdling threats denouncing NATO. State Duma Speaker Vyacheslav Volodin has also been pushing himself more to the fore. So too first deputy chief of staff Sergei Kiriyenko, a onetime prime minister and bland functionary who normally shuns the limelight. He has taken to striding around Donbas kitted out in khaki.

Waiting in the wings

Other key players have been quiet and tellingly absent publicly.

These include the director of Russia’s domestic FSB intelligence agency Alexander Bortnikov and Viktor Zolotov, head of the National Guard and one of the country’s most powerful siloviki, or “strongman” security officials. The National Guard comprises hundreds of thousands of troops, including special police units and rapid response forces. Zolotov and Putin worked together in St. Petersburg in the 1990s, but Zolotov is also known to be close to Kadyrov. Why they have been staying out of the spotlight isn’t clear; some analysts wonder if they are “keeping their powder dry.”

Earlier this year, the Ukraine intelligence service claimed the FSB spymaster might be part of a group plotting a coup.

But some analysts are skeptical Putin’s hold on power is slipping away. “I do think there’s an element of wishful thinking,” says Emily Ferris, a Russian specialist at Britain’s Royal United Services Institute. “It would be prudent. But I don’t know really the extent to which they’re able to make plans,” Putin has “always encouraged rivalry” — a divide-and-rule strategy, she adds.

Nonetheless, there are signs of an internal power struggle underway with two main alliances forming: a “war party” led by Kadyrov and Prigozhin and an opposing faction comprising the security agencies, Shoigu and Valery Gerasimov, the chief of the General Staff, says Khodorkovsky. Last week, Alexey Slobodenyuk, a Prigozhin aide and propagandist, was hauled from his car by a special unit of the National Guard and detained, according to Russian reports.

If Putin’s war continues to go badly for Russia, Khodorkovsky sees two possible scenarios. In the first, the rival cabals club together and press Putin to step down so that the system he created outlives him, promising him immunity and the retention of his wealth. In that case Prime Minister Mikhail Mishustin, a hard-headed former director of the Federal Taxation Service, would replace Putin. “But then there would be a struggle about who controls him,” says Khodorkovsky.

Another scenario is there’s a clash between the “war party” and their opponents in the security and defense agencies, who are far more fragmented and demoralized.

Can Putin ride out the consequences of his war? Khodorkovsky remains unsure but adds: “I always thought of Putin as a very pragmatic person. I don’t think that way anymore. He’s relying more and more on his emotions.”