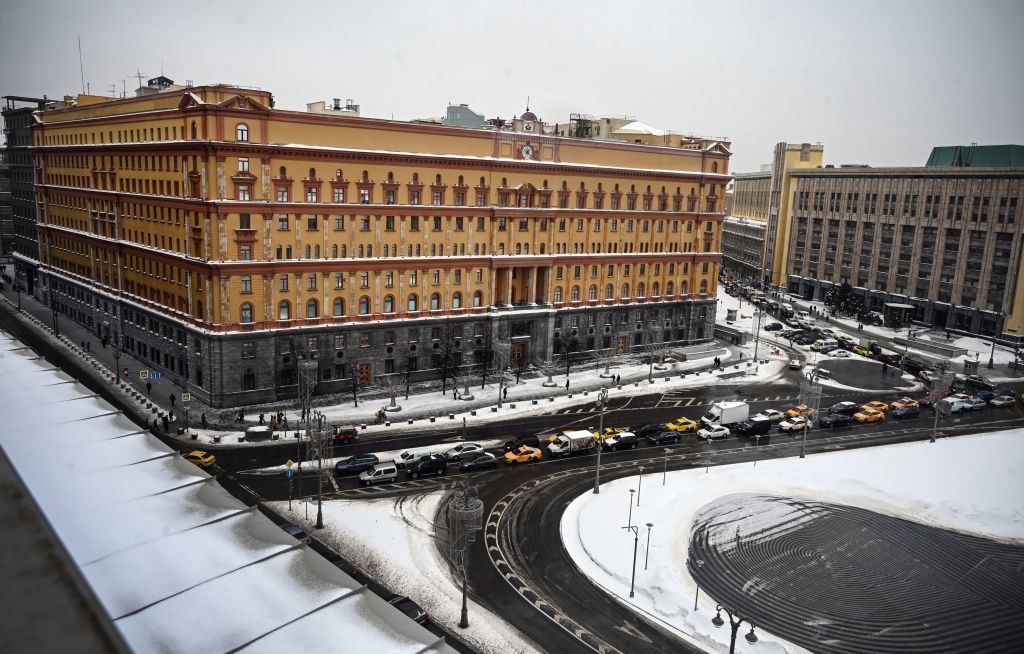 The Fifth Service of the FSB, Russia’s main intelligence service, has been targeted and the leadership placed under house arrest.
Its head, Colonel-General Sergei Beseda, and his deputy were being held after allegations of misusing operational funds earmarked for subversive activities and for providing poor intelligence ahead of Russia’s now-stuttering invasion. The operation has hit serious obstacles, not least fierce resistance by the Ukrainian armed forces and the unity of the population, including most Russian-speakers, behind President Volodymyr Zelenskyy and his government.

The Fifth Service was responsible for providing Putin with intelligence on political developments in Ukraine on the eve of the invasion. And it looks like two weeks into the war, it finally dawned on Putin that he was completely misled. The department, fearful of his responses, seems to have told Putin what he wanted to hear.

The FSB obtained a right to conduct operations abroad in the late 1990s, when Putin became director of the organization. The new directorate was formed and tasked with spying in particular on Russia’s nearest neighbors. It was at that time that the authors of this article began following the activities of this FSB unit, reporting on its activities for Russian and international media.

When a series of popular uprisings known as the “color revolutions” started to topple the regimes in the post-Soviet republics, the directorate was tasked to promote pro-Kremlin politicians in order to keep those countries within Russia’s sphere of influence.

In 2004, that directorate became a full department, the DOI, a move underlining its importance in the eyes of the Kremlin. Beseda soon became its head, having previously served in the FSB section supervising the Administration of the President, where he had established excellent connections. Officers of DOI were spotted traveling to Belarus, Moldova, and Abkhazia, a breakaway region in Georgia whose separatist insurgency was supported by the Kremlin. There they spied and also tried to influence local politics.

But Ukraine was always one of the key targets for the DOI. In June 2010, the authors received information that a website was being launched to leak sensitive documents from the FSB. The website was hosted on the domain name lubyanskayapravda.com, "The truth on the Lubyanka [the FSB headquarters building].”

Sure enough, the site contained a trove of extremely sensitive documents, such as reports of DOI’s successful active measures operations, addressed directly to Putin. Most of them bore the signature of Col-Gen Beseda.

Among the documents was one that had been forged to undermine the relationship between Ukraine and Turkmenistan; it was a faked report of the Ukrainian security services suggesting Kyiv had funded the Turkmenistan opposition. The DOI had then leaked the report to Ukrainian media, and Russia’s main foreign spy agency, the SVR, swallowed the bait and described it as authentic in a write-up to the Kremlin — proof, as Beseda gloatingly relayed, that his Russian intelligence service had duped another Russian intelligence service.

It was a mishap, but worse was yet to come: in April 2014, the Ukrainian Foreign Ministry sent a request to its Russian counterpart to question Beseda. It said the FSB officer had been in Ukraine on February 20-21 of that year, during the Maidan Revolution, when regime scores of unarmed protesters were shot dead. The Ukrainian government believed it was important to speak to him “in the framework of pre-trial investigation in criminal proceedings on the crimes committed during mass events in Kyiv in [that] period.”

The FSB confirmed that Sergei Beseda was indeed in Kyiv on those days. But it claimed he was there to determine ensure the Russian embassy was properly protected, a version that very few Ukrainians accepted. Since 2014, Beseda has been on US and European Union sanctions lists. The FSB was “involved in the funding and supporting of separatist activities in Crimea and eastern Ukraine,” the US Treasury Department stated.

The Fifth Service emerged unscathed despite the scandal – Beseda’s people remained in charge of supplying intelligence on Ukraine, developing sources on the ground, and conducting subversive operations.

It seems that protective umbrella has now been withdrawn.

Irina Borogan and Andrei Soldatov are nonresident senior fellows with the Center for European Policy Analysis (CEPA.) They are Russian investigative journalists, and co-founders of Agentura.ru, a watchdog of Russian secret service activities.
Add Comment