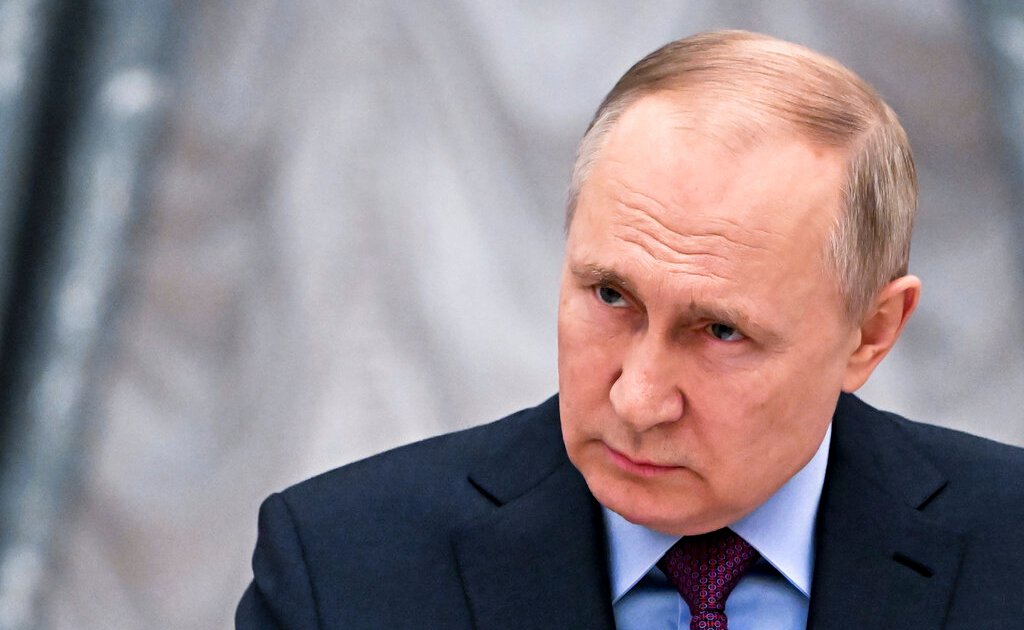 CIA chief says Putin believes ‘doubling down’ on war against Ukraine ‘will enable him to make progress’.

Russian President Vladimir Putin believes that he cannot afford to lose in Ukraine and is “doubling down” on the war, but does not show signs of planning to use tactical nuclear weapons, CIA director Bill Burns said.

Despite the failure of Russian forces to capture Kyiv and their struggle to advance along the war’s main front lines in the southeastern Donbas region, Putin has not changed his view that his troops can defeat Ukraine’s forces, the CIA director said on Saturday.

Putin’s belief in Russia’s ability to wear down Ukrainian resistance probably has not been shaken despite key battlefield defeats, Burns told a conference.

“I think he’s in a frame of mind in which he doesn’t believe he can afford to lose,” Burns said.

The US intelligence agency chief said that Putin has been “stewing” for years about Ukraine – which was once part of the Soviet Union – describing the Russian leader’s thinking on the issue as a “very combustible combination of grievance and ambition and insecurity”.

The Russian leader has not been deterred by the stiff resistance demonstrated by Ukraine’s armed forces in the war, “because he staked so much on the choices that he made to launch this invasion,” Burns said.

“I think he’s convinced right now that doubling down still will enable him to make progress.”

Burns, a former US ambassador to Russia who has spent much time studying the Russian leader, said the CIA and other Western intelligence agencies see no sign that Moscow is prepared to deploy tactical nuclear weapons in order to gain a victory in Ukraine or to target Kyiv’s supporters.

Russia had placed its nuclear forces on high alert shortly after launching the invasion on February 24. Since then, Putin and other Russian officials have made thinly veiled threats hinting at a willingness to deploy Russia’s tactical nuclear weapons if the West directly intervenes in the Ukraine conflict.

“We don’t see, as an intelligence community, practical evidence at this point of Russian planning for the deployment or even potential use of tactical nuclear weapons,” Burns said.

“Given the kind of sabre-rattling that … we’ve heard from the Russian leadership, we can’t take lightly those possibilities,” he added.

“So we stay very sharply focused as an intelligence service … on those possibilities at a moment when the stakes are very high for Russia.”

Burns did not offer any assessment of the current battlefield situation in Ukraine or predict how the war might end.

The CIA director said that China, which Washington now sees as its primary adversary, is studying closely the lessons of the war in Ukraine and what that may mean for Beijing’s desire to take control of Taiwan.

Burns said he does not believe that Chinese President Xi Jinping has altered his goal of eventually uniting Taiwan with China, by force if necessary.

But he believed that Beijing has been “surprised” by the poor performance of Russian military forces, as well as the tough resistance coming from the entire Ukrainian society, as well as the strong military support the West has provided Kyiv.

Russia’s experience in Ukraine is probably affecting Beijing’s calculation “about how and when” they try to gain control of Taiwan, which China views as a renegade province.

“I think they’ve been struck by the way in which particularly the transatlantic alliance has come together to impose economic costs on Russia as a result of that aggression,” he continued.

Beijing has been “unsettled by the fact that what Putin has done is to drive Europeans and Americans closer together,” Burns said.

“What conclusions get drawn from all that remains a question mark,” he said.

“I think the Chinese leadership is looking very carefully at all this, at the costs and consequences of any effort to use force to gain control over Taiwan.”

Oh ya 11 days ago
No country can afford to lose a war but the US has learned to accept it better than most. Everything from the Korean War to present times the US has lost. And now they are fighting a proxy war in Ukraine that they will lose also.
View all comments (1)Add comment