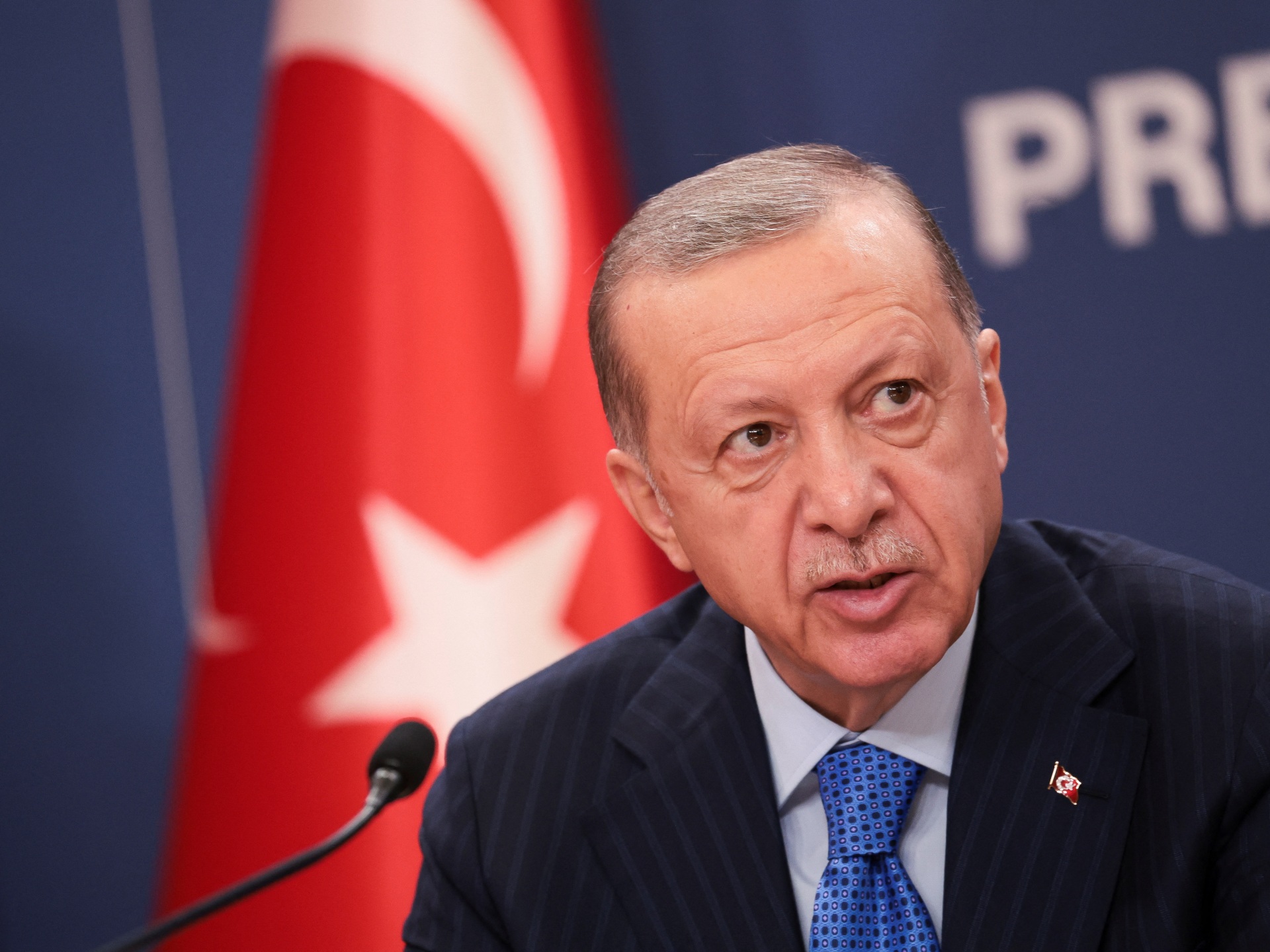 Erdogan has maintained ties with Russian President Vladimir Putin, while trying to maintain neutrality in the conflict.

As well as mediating, Turkey supplies Ukraine with weapons and combat drones.

The Turkish president told reporters on Wednesday, during a visit to Belgrade, that he understood Putin’s decision to cut off natural gas supplies to Germany via the Nord Stream pipeline.

“I can say very clearly that I do not find the attitude of the West, no need to mention names, to be correct, because it is a policy based on provocations,” Erdogan said at a news conference with his Serbian counterpart Aleksandar Vucic.

“As long as you try to wage such a war of provocations, you will not be able to get the needed result.”

Erdogan has tried to use his open relations with Moscow and Kyiv to arrange direct talks between Putin and Ukrainian President Volodymyr Zelenskyy in Turkey, a mission that has ultimately failed.

“As Turkey, we have always maintained a policy of balance between Ukraine and Russia. From now on, we will continue to follow that balanced policy,” he said.

Erdogan is expected to meet Putin at a regional summit in Uzbekistan next week. Chinese President Xi Jinping will also attend.

Turkey has not joined the Western sanctions regime against Russia and recently signed a new economic cooperation agreement with Moscow.

The United Nations and Turkey brokered a deal between Russia and Ukraine in July to allow grain exports to resume from Ukrainian ports, after warnings of possible famine outbreaks in parts of the world.

During Erdogan’s visit – the second stop on a three-nation Balkan tour – Turkey and Serbia signed seven agreements related to the economy, industry, and technology, including a protocol allowing mutual passport-free travel for their respective citizens.