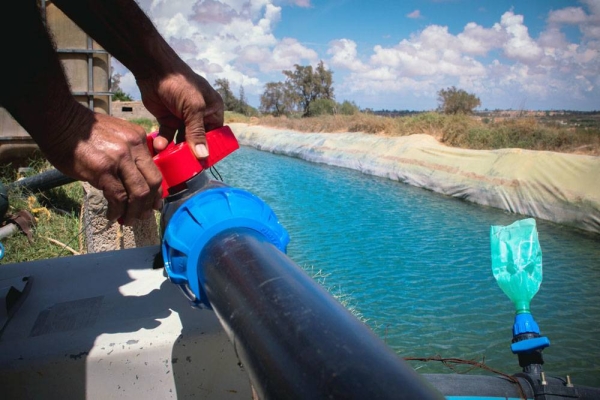 The new Multidimensional Poverty Index (MPI) released recently finds that reducing poverty at scale is possible and unveils new ‘poverty profiles’ that can offer a breakthrough in development efforts to tackle the interlinked aspects of poverty.
This analysis by the United Nations Development Program (UNDP) and the Oxford Poverty and Human Development Initiative (OPHI) at the University of Oxford looks beyond income as a measurement of poverty to understand how people experience poverty in different aspects of their daily lives — from access to education and health, to living standards such as housing, drinking water, sanitation and electricity.

The report notably identifies a series of ‘deprivation bundles’ — recurring patterns of poverty — that commonly impact those who live in multidimensional poverty across the world. The data are used to identify the different poverty profiles that are more common in certain places. This is a crucial step in designing strategies that address multiple aspects of poverty at the same time.

Even before the COVID-19 pandemic and the current cost-of-living crisis are accounted for, the data shows that 1.2 billion people in 111 developing countries are living in acute multidimensional poverty. This is nearly double the number who are seen as poor when poverty is defined as living on less than $1.90 per day.

“With recession clouds on the horizon and debt gripping some 54 developing countries, we are seeing how tight government budgets are becoming even tighter — it is vital to leverage the power of cutting-edge data and analytics to understand where the biggest difference can be made with increasingly scarce resources,” argued Achim Steiner, UNDP administrator.

“For example, this multidimensional analysis shows us that decarbonization and expanding access to clean energies will advance climate action — and is also critical for nearly 600 million multidimensionally poor people who still lack access to electricity and clean cooking fuel.”

Based on the latest available data, gathered largely before the onset of the COVID-19 pandemic, the report highlights the need to tackle layers of deprivations that often go hand in hand, including:

• More than 50% of poor people (593 million) lack both electricity and clean cooking fuel.

• Almost 40% of poor people (437 million) lack access to both drinking water and sanitation.

• More than 30% of poor people (374 million) are deprived of nutrition, cooking fuel, sanitation and housing at the same time.

The report underscores the importance of understanding these patterns in the search for more effective ways to tackle poverty. “Families in Lao PDR, for example, that don’t have access to cooking fuel are often unable to send their children to school, because the children are busy collecting firewood every day.

“So, it might not be enough to build a village school unless the fuel problem is also fixed,” said Tasneem Mirza, one of the report’s authors from the Human Development Report Office at UNDP.

The report showcases success stories from across the world that used integrated poverty reduction strategies. Nepal’s investment in sanitation has improved access to drinking water, child nutrition and child mortality through a reduction in diarrhea. In India, some 415 million people left multidimensional poverty in a 15-year period — a historic change.

Before the pandemic hit, 72 countries had significantly reduced poverty. Yet the report anticipates that some of the efforts to end poverty in line with Sustainable Development Goals are likely to have been derailed as a result of recent overlapping crises.

Identifying poverty profiles relies on a solid evidence base of data on poverty in all its dimensions and the report stresses the need to resume efforts to regularly update poverty data, especially in the poorest countries and in the places where the poorest people live.

“The MPI is a vital complement to monetary measures of poverty because it illuminates deprivation bundles directly,” said Sabina Alkire, director of OPHI at the University of Oxford. “Our hope is that this year’s data on deprivation bundles will enable responses to surge ahead with extra determination and laser precision to reduce acute poverty in these turbulent times.”

“This MPI will be vital to inform UNDP’s efforts across the globe as we work with our partners from the United Nations and beyond to reach our bold objective of helping lift 100 million people out of multidimensional poverty by the year 2025,” said Steiner.
#COVID-19  #Covid
Add Comment