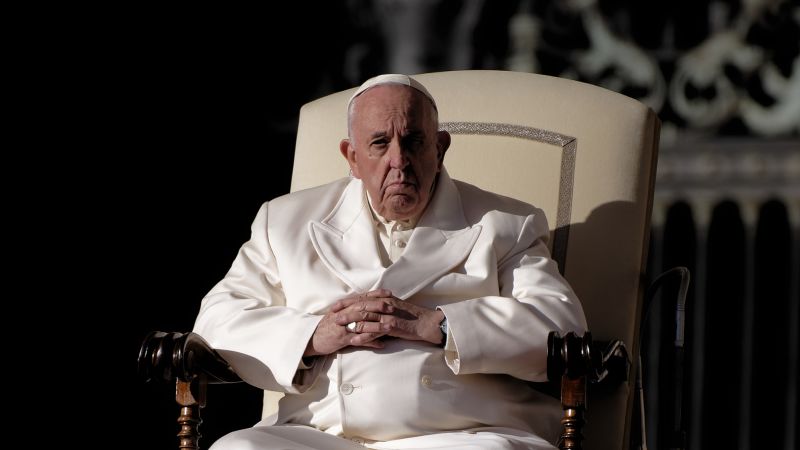 A Vatican court heard the audio recording between Pope Francis and Cardinal Angelo Becciu, a defendant in the trial, in which the Cardinal asks the Pope to confirm that he had authorized payments to help free a kidnapped nun in Africa.

Journalists were not allowed to listen to the recording but a transcript from the Italian Financial Police was subsequently published by Italian news agency Adnkronos. Three defense lawyers at the trial also later confirmed the contents of the conversation to Vatican journalists present.

The recording was made by a third party in the room with Cardinal Becciu during the phone conversation, which took place on July 24, 2021. The call occurred three days before the beginning of the Vatican trial in which Becciu is accused of embezzlement and abuse of office, and just 10 days after Francis was released from hospital for intestinal surgery.

In the call, Becciu asks the Pope to confirm that he had authorized the payments which the Cardinal made to a self-described security consultant named Cecilia Marogna – who is also charged with embezzlement in the trial – to in turn pay the British firm, Inkerman Group, to help secure the release of the nun who had been kidnapped by Islamic militants in Mali in 2017, the transcript states.

According to the transcript, the Pope said on the call that he vaguely remembered and asks the cardinal to put in writing what he would like the Pope to confirm.

Under Vatican law there is no provision for a Pope to be called as a witness in a trial.

Cardinal Becciu, who was fired from his job and stripped of most of his rights as cardinal by Pope Francis in September 2020, has always maintained that any financial transactions he undertook were fully approved of by his superiors, including Pope Francis. Becciu and Marogna have both pleaded not guilty to all charges in the trial.

Revelations of a secretly taped phone call and what Pope Francis knew about the Vatican’s financial transactions are just the latest in a long and complicated trial which centers on the Vatican’s purchase of a luxury building in London in which 10 defendants are accused of fraud and extortion.
#Pope Francis
Add Comment