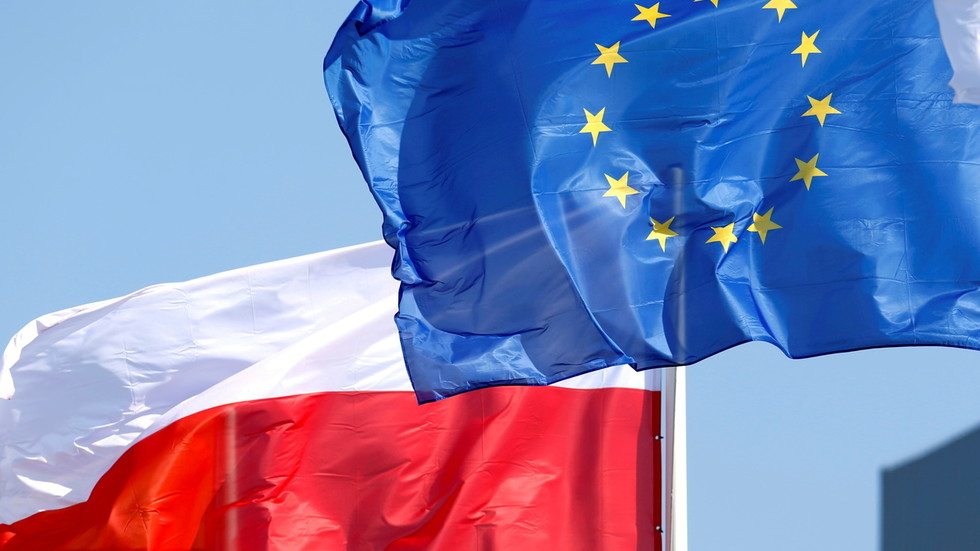 Poland won't ‘succumb to lawlessness’, justice minister declares, refusing to ‘pay any zloty’ to EU over fine for judicial reforms

Poland’s justice minister Zbigniew Ziobro has declared that the country won't accept “unlawful penalties” over changes to its judicial system, rejecting a punishment handed down by the EU’s top court.
The comments were made at a press conference on Thursday, after the European Court of Justice (ECJ) earlier ruled that Poland must pay €1 million ($1.17 million) a day until it reverses certain judicial reforms, ensuring its judiciary is in line with “the legal order” of the EU.

“In the case of a penalty for changes in the judicial system, Poland cannot and should not pay any zloty,” Ziobro stated, adding that “the Polish state cannot succumb to lawlessness.”

Hungary has defended Poland in the row. “The EU institutions’ aggressive stance is disproportionate and unjustified”, Hungarian Justice Minister Judit Varga said in a post on her Facebook page.

Poland had sparked anger from the EU over concerns that a disciplinary chamber of the country’s Supreme Court made EU laws subordinate to national law, leading European officials to warn it’s a “direct challenge to the unity” of the bloc.

The Polish government has rejected claims that the reforms, involving the disciplining of judges, are designed to cause a rift with the EU or threaten the independence of the judiciary, arguing it is simply time to end judicial violations.

European Commission President Ursula von der Leyen previously warned the country’s government that it could face a number of possible outcomes if Poland doesn’t undo the measures, ranging from fines to the withholding of EU funds or suspension of certain bloc membership rights. Reiterating this at a press conference on Thursday, von der Leyen warned Poland the EU’s next step would be to withhold funds until the member state agrees a “clear commitment to dismantle the disciplinary chamber.”
#Facebook
Add Comment