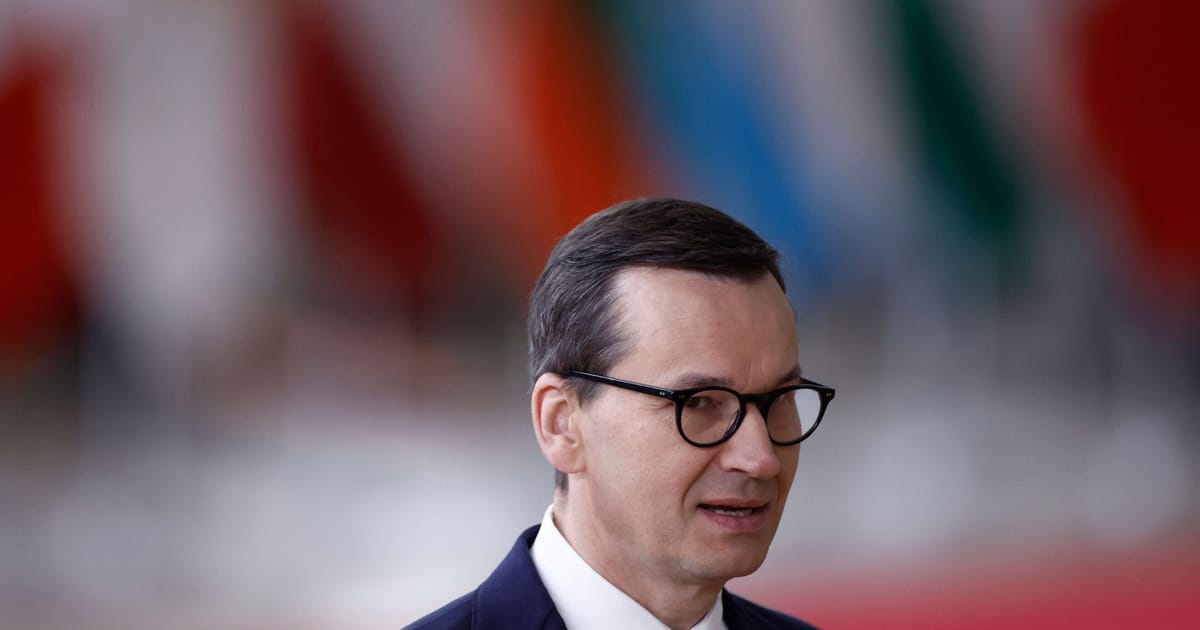 Warsaw wants rapid changes to the courts in a bid to unlock €35 billion in EU cash.

Faced with the prospect of losing billions in EU cash and increasingly desperate to turn around sagging opinion polls ahead of next year’s election, Poland’s ruling Law and Justice party on Wednesday signaled a retreat on long-running judicial disputes that have soured relations between Warsaw and Brussels.

“We don’t have time for tug-of-war [with the Commission]. I have appealed to the opposition to start working on the proposed law as fast as possible,” Prime Minister Mateusz Morawiecki told a press briefing Wednesday.

A draft law presented to the Polish parliament late Tuesday would implement a reform that Brussels has long sought. The idea would be to move judicial disciplinary matters from a special chamber in the Supreme Court, which is seen as influenced by the government, to another top court, the Supreme Court of Administration, which is viewed as being more independent.

The draft law would also end sanctions against judges who raise questions about the status of fellow judges — a touchy issue in Poland as many recently appointed judges have dubious legal status.

Poland’s Minister of European Affairs Szymon Szynkowski vel Sęk said those changes were negotiated in Brussels with the Commission.

“If this project is adopted, it will be tantamount — this is the declaration from the [European Commission] — to the release of funds for Poland,” said government spokesperson Piotr Müller.

Judicial independence and the use of disciplinary measures to punish judges who spoke out against the government’s judicial reforms are at the heart of the rule-of-law dispute between Poland and the EU.

The government argued that deep reforms were needed to make Polish courts more efficient, accessible, and cleansed of communist-era judges. Critics saw the legal changes, which started in late 2015, as an effort to put the courts under tighter political control.

As a result, the European Commission has held up €35 billion in grants and loans from the pandemic recovery fund, and the Court of Justice of the EU last year imposed a €1 million a day fine for not complying with an EU court order to suspend the country’s controversial disciplinary mechanism for judges.

Even Morawiecki has admitted in a recent interview that the result is a mess: “We probably couldn’t have more chaos and trouble in the judiciary than we currently have.”

Poland attempted to backtrack five months ago, but the largely cosmetic reforms did little but change the name of the disciplinary chamber, and weren’t enough for the Commission to agree to unblock the desperately needed EU cash.

Getting EU approval to disburse the frozen funds, however, means the bill has to make it through both chambers of parliament and then be signed by President Andrzej Duda, and that’s not a done deal.

The government has a razor-thin majority in parliament, and needs the votes of its far-right junior coalition partner, United Poland, to pass the measure. But the party, led by Justice Minister Zbigniew Ziobro, the architect of the reforms, a hard-line euroskeptic and Morawiecki’s political rival, wants to delay a decision on whether to support the bill.

Ziobro has blasted proposed compromises with Brussels as “blackmail.”

“I don’t know whether United Poland will vote in favor,” Morawiecki said in a radio interview. “United Poland’s leadership has asked for a few days for consideration.”

That’s why Morawiecki is asking the opposition for help in moving the legislation forward, but those parties are loath to rush and aid the government.

“We are ready to work, but it will not be done in a fast-track mode. I think there is time for that next week,” said Borys Budka, the parliamentary leader of the opposition Civic Platform party. 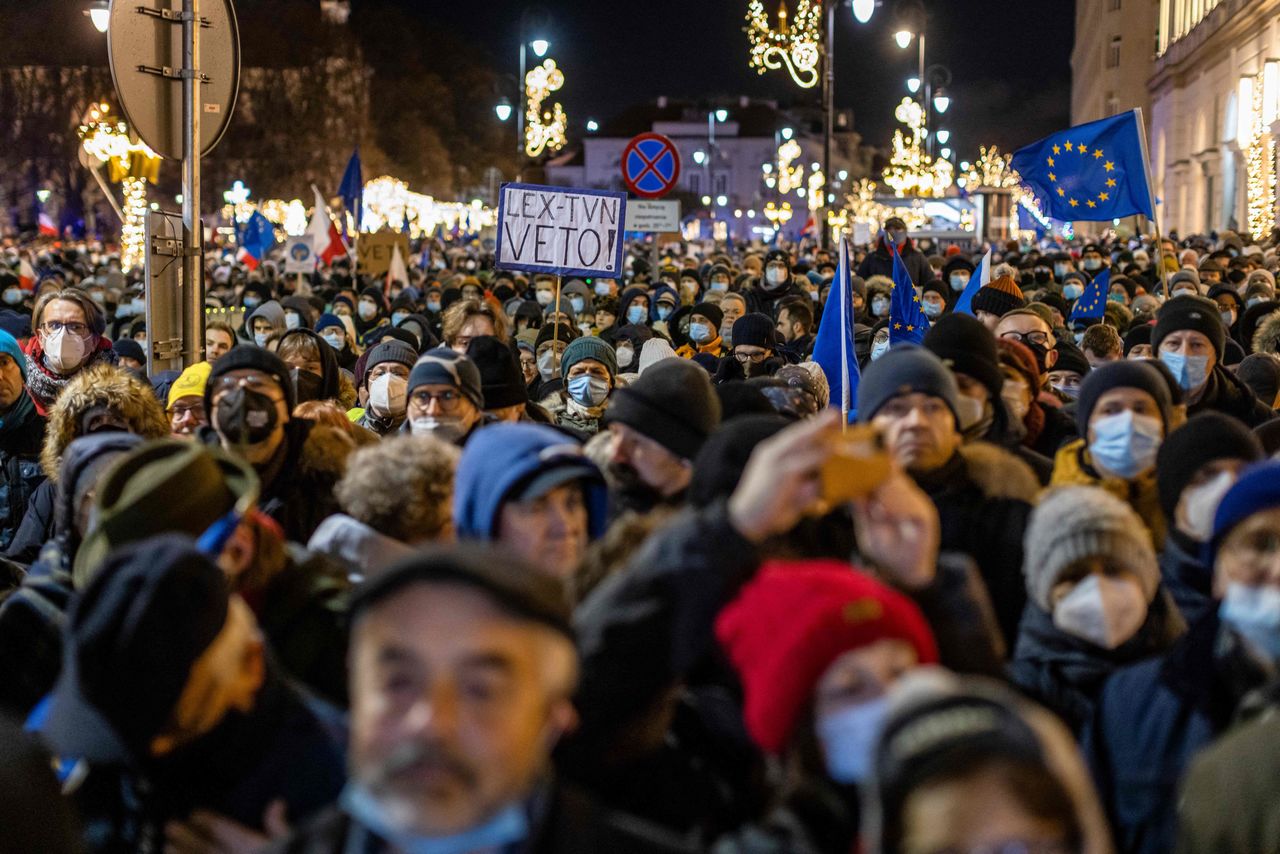 “We will do everything to obtain funds from the EU … but we must not forget who bears the responsibility that we don’t have this money yet,” Władysław Kosiniak-Kamysz, leader of the opposition agrarian Polish People’s Party, told reporters in parliament on Wednesday.

But the government is ignoring those qualms from the opposition, and aims to race the bill through parliament. The first reading of the legislation has been scheduled for Thursday, PiS spokesperson Rafał Bochenek said on Wednesday, with the second and the final third reading taking place on Tuesday.

There are also doubts that switching to the Supreme Court of Administration is in line with the Polish constitution, but Morawiecki said he is certain of the legality of the measure.

Some observers doubt whether the proposed changes are in line with the Commission’s criteria.

Laurent Pech, a law professor at University College Dublin, called the bill a “joke” that doesn’t meet the demands of the Commission and the Court of Justice.

Jakub Jaraczewski, a research coordinator for Democracy Reporting International, a Berlin-based NGO, said: “The Commission should wait to see the final text of the law, but as it stands, the proposed legislation fails to meet the recovery fund milestones Poland agreed with the Commission earlier this year.”

The opposition is having a difficult time concealing its glee at the government’s difficulties.

“Don’t get upset buddy. These are good changes,” Civic Platform leader and former European Council President Donald Tusk ribbed Morawiecki. “There is no need to go on your knees to Brussels.”