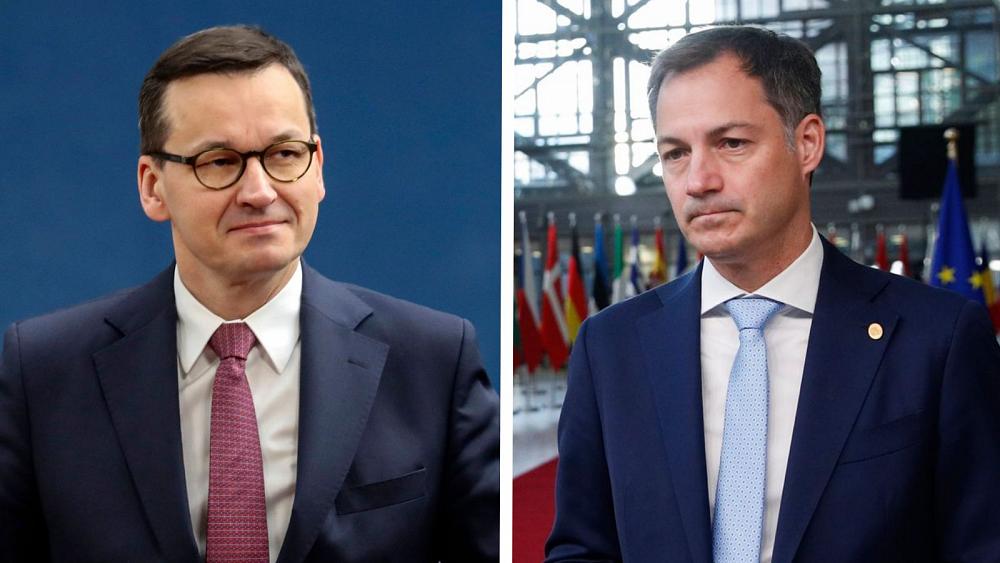 The dispute centres on comments made by Belgian Prime Minister Alexander de Croo, while responding to his Polish counterpart Mateusz Morawiecki.

Poland has summoned the Belgian ambassador after expressing "disapproval and indignation" at comments by Prime Minister Alexander De Croo.

De Croo had responded to remarks by Polish Prime Minister Mateusz Morawiecki over the rule of law dispute within the European Union.

Morawiecki had accused the European Commission of blackmailing his country by demanding changes in the judicial system set up by Warsaw.

"What will happen if the European Commission starts a third world war?" the Polish PM said in an interview with the Financial Times.

But De Croo retaliated on Wednesday, warning Warsaw "not to play with fire".

"You cannot pocket all the money but refuse the values," the Belgian PM said at the opening of the College of Bruges.

A spokesperson for the Polish foreign ministry confirmed the Belgian ambassador, Luc Jacobs, had been summoned "in connection with" the speech.

"Minister Szymon Szynkowski vel Sęk conveyed words of disapproval and indignation over Prime Minister De Croo's remarks relating to Prime Minister Mateusz Morawiecki's statements on the polemic between Poland and the European Commission on the rule of law," a statement read.

"He stressed that such public comments do not contribute to a good climate in Polish-Belgian relations."

The war of words follows an EU summit, where Poland failed to convince the bloc that fundamental judicial changes the country made would not undermine EU values.

Earlier this month, Poland's constitutional court ruled that some key parts of EU law are not compatible with the nation's constitution.

The EU believes the changes erode democratic checks and balances, and the European Commission is holding up billions of euros to Poland earmarked in a pandemic recovery plan.

On Wednesday, the European Union's Court of Justice ordered Poland to pay daily fines of €1 million over its controversial judiciary reforms.

But Warsaw has repeatedly accused the European Commission of blackmailing the country over the matter.

"If they start the third world war, we are going to defend our rights with any weapons which are at our disposal," Morawiecki told the Financial Times over the weekend.

The Polish PM's comments were soon addressed by De Croo, who stated that Poland was playing "a dangerous game".

"You are playing with fire by waging war with your European colleagues for internal political reasons," he said on Wednesday.

"Our union is a union of values, not a cash machine," De Croo added.

The Belgian embassy in Warsaw has not yet commented on the matter.