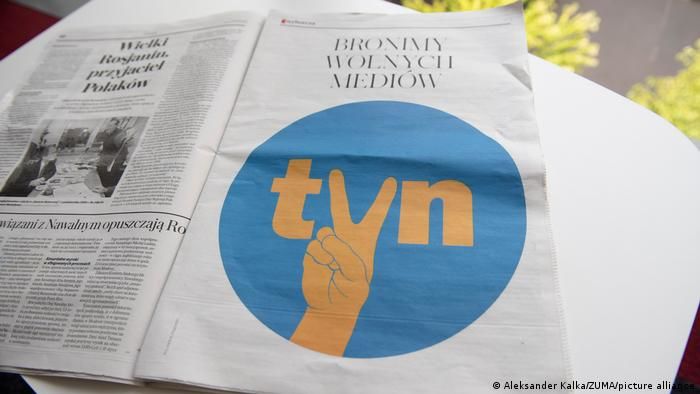 Poland's parliament voted unexpectedly Friday in its final session of the year to overturn a Senate veto of a previously shelved and controversial media reform bill.

The bill aims to limit foreign ownership of media companies, but critics charge the legislation is designed mainly to affect Discovery-owned TVN, which has been critical of the Polish government. The move to force the ouster of Discovery as the owner of TVN has caused tensions with the US.

In a statement, Discovery said the "surprise vote in the Polish Parliament should be deeply concerning to any enterprise investing in Poland and to anyone who cares about democracy and freedom of the press."

Discovery added, "Poland risks directly undermining the values that have connected Poland with Europe, and uprooting the foundation of the Polish-American relationship."

The charge d'affaires at the US Embassy, Bix Aliu, tweeted, "The United States is extremely disappointed by today's passage of the media bill by the Sejm. We expect President Duda to act in accordance with previous statements to use his leadership to protect free speech and business."

Washington has previously asked Duda to veto the bill and he has signaled through allies that he would though he can also send it to the Constitutional Court for further review.

"The bill ... will of course be analyzed by us and the appropriate decision will be made. I have already talked about the point of view from which I will assess the bill," Duda told reporters.

What occurred during the vote?

Poland's lower house of parliament, the Sejm, returned to the bill unexpectedly. It had been shelved since the upper house, the Senate, rejected it back in September.

The Sejm voted in favor 229-212 with 11 abstentions to override the Senate's veto. The controversial bill must next be signed by Polish President Andrzej Duda to go into effect.

After the bill's passage, TVN24 reports Piotr Babinetz, chairman of the cultural and media committee, did not talk to journalists nor did he wish to take questions, replying only, "the case was overdue so we considered it."

Why is the bill controversial?

If Duda signs the bill into law, the ban on firms from outside the European Economic Area holding a controlling stake in Polish television and radio would be strengthened.

TVN is owned by the US-based Discovery Inc. However, by registering in the Netherlands, Discovery was able to maintain its hold on TVN whereas the new law would remove this workaround.

In the past, Discovery has said it is willing to go to court to maintain ownership of TVN.

For its part, the ruling Law and Justice Party, known by its Polish acronym PiS, has justified the law by saying it would like to put curbs on the ability of outsiders to influence public opinion.

Since 2015 when PiS took power, Poland has dropped from 18th to 64th on Reporters Without Borders' World Press Freedom Index.