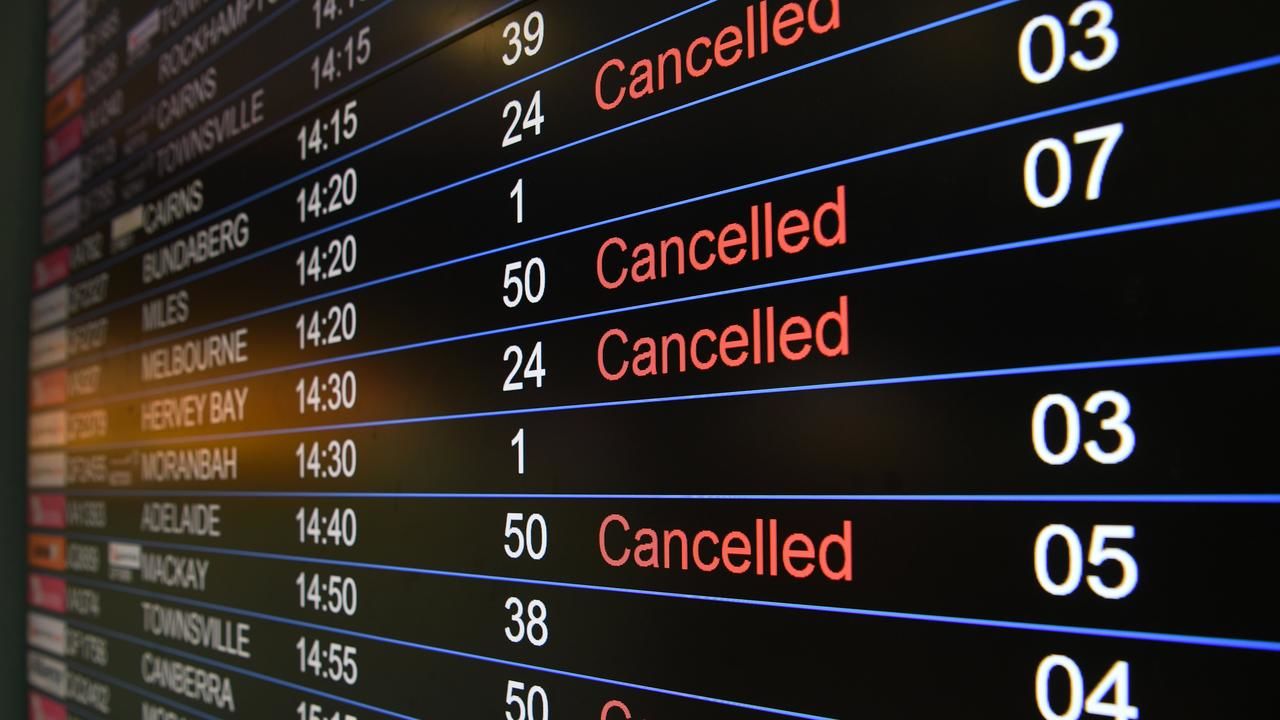 Over 3,500 Christmas Eve and Christmas Day flights are canceled globally as Omicron spreads

Thousands of would-be travelers received last-minute cancellations of their Christmas flights on Friday and Saturday because of the recent spike of Omicron cases, including among airline workers.
The number of cancellations globally for Christmas Eve and Christmas Day added up to more than 3,500, the Flight Aware website showed. Although the cancellations represented a relatively small percentage of the roughly 80,000 arrivals on any given day, they were a jarring disruption in a holiday season shadowed by the highly transmissible Omicron variant, which now accounts for more than 70 percent of new coronavirus cases in the United States.

United Airlines canceled 176 flights of the 4,000 domestic and international flights scheduled at dozens of airports on Friday, mostly the result of crew members calling in sick, said Joshua Freed, a spokesman for the Chicago-based carrier. At least 44 more flights on Saturday have already been canceled, he added.

A spokeswoman for Delta Air Lines said that it had canceled 158 of the 3,100 flights scheduled for Friday, Christmas Eve, one of the most hectic travel days of the year. The Atlanta-based airline was exhausting “all options and resources,” including rerouting and substituting planes and crews to cover scheduled flights.

The cancellations were caused by “a combination of issues, including weather and Omicron-related issues, and Delta expected at least 150 more cancellations over the weekend, spokeswoman Kate Modolo said.

Alaska Airlines had 17 cancellations on Thursday after a growing number of crew members reported exposure to the virus, but the carrier only needed to scrap nine flights on Friday, according to a spokesperson.

Other airlines, including JetBlue and Allegiant, did the same, according to Flight Aware, although American Airlines said that it currently had no flight cancellations.

While most travelers have been able to get where they are going, hundreds of people who had anticipated the first near-normal holiday season in years when they booked, scrambled for alternatives.

Customers took to social media to air their grievances about the cancellations.

Similar problems were cropping up around the globe as airline staff members called in reports of illness or exposure to the virus.

“A large number of our frontline team members are being required to test and isolate as close contacts given the increasing number of cases in the general community,” said a representative for Austalia-based Jetstar Airways, which had to cancel about 80 flights.

Staffing shortages have been affecting a range of service industries as the virus continues to spread.

England said this week that it was reducing the number of days that people must isolate for after showing Covid-19 symptoms to seven days from 10 days, a change that officials said could help alleviate the shortages. The U.S. Centers for Disease Control and Prevention made a similar move on Thursday, though that change applies only to health workers.
#Coronavirus  #COVID-19  #Covid
Add Comment